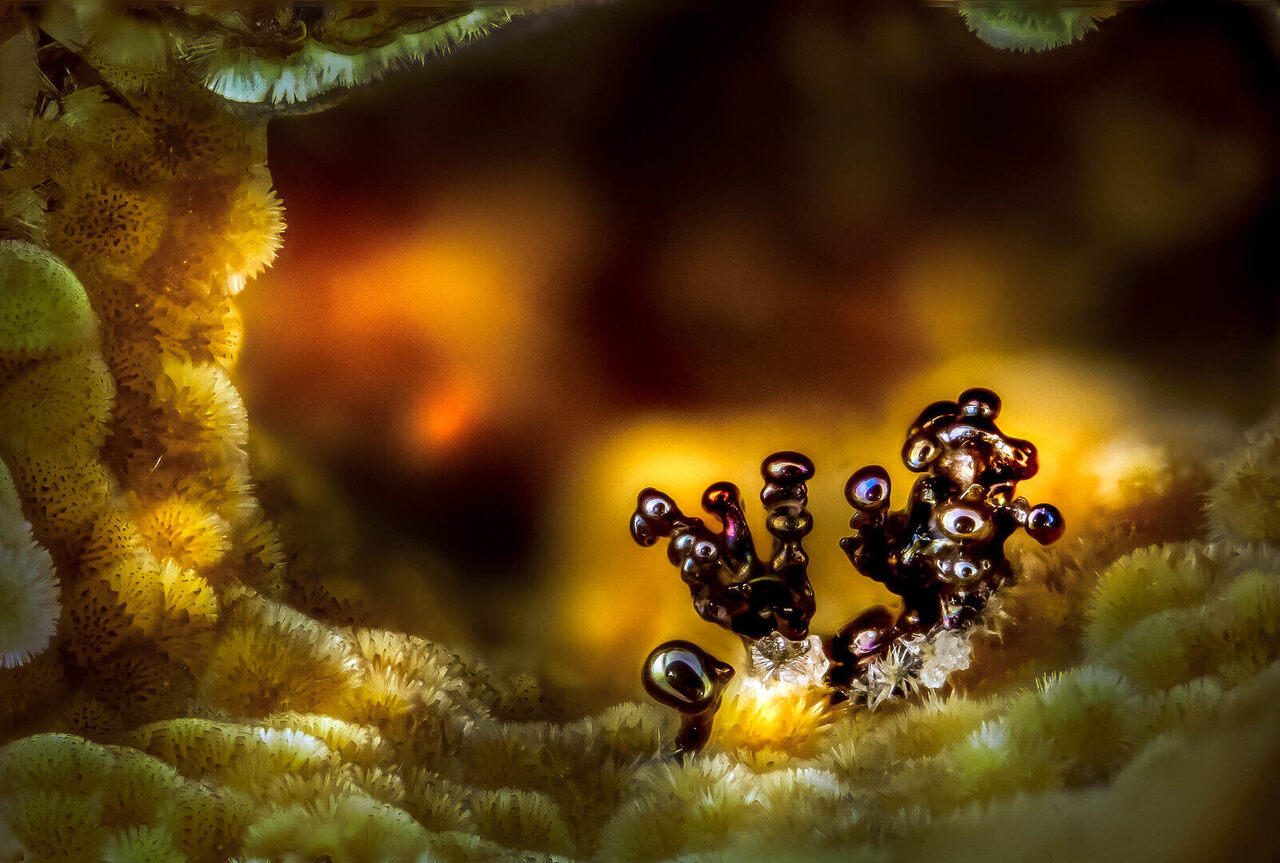 Since 1975, Nikon’s Small World Photomicrography Competition has attracted photographers and scientists interested in showcasing miniscule wonders. This year’s winning entries, drawn from the work of more than 2,000 participants in 88 countries, reveal that the very, very tiny can still have a startlingly large visual impact.

A photomicrograph—any image taken through a microscope—can serve both scientific and artistic purposes. This year’s winner, from The Netherlands’ Cancer Institute, and shows human skin cells magnified 40x (objective lens magnification).* It resembles a net of bright yellow fibers surrounded by iridescent blue deposits, in the shape of an unblinking eye. For the scientists that captured the image, it also shows an excess of keratin (the yellow strands), a protein that can be associated with certain cancers. As with the images in the Art of Neuroscience—a similar competition—these photos provide visual form to things that cannot normally be seen.

The images in the competition also reveal surprising elements of nature. With a lens magnification of 20x, the eye of a daddy longlegs looks like a gray-brown pearl embedded in mottled, scaly skin. At 40x, a bee’s respiratory system resembles a gnarled tree trunk. Under a 200x magnification, a tapeworm’s face takes on the dimensions and aspect of a deep-sea fish.

But the photomicrographs needn’t feature living subjects. One of the most compelling—and strangely organic–images is of a structures of minerals nsutite and cacoxenite, which look like a cluster of eyeballs in a cave-like garden. It’s reminiscent of both Salvador Dalí’s melting clockfaces and algohorror—digital art created by algorithms. Another is a simple interdental brush, photographed to resemble an alien orchard.

Images from this year’s competition will be featured in a traveling exhibition, and entries are already being accepted for the 2018 contest. Atlas Obscura has a selection of this year’s best.

* Update: This article has been updated to clarify that the magnifications listed in the story represent objective lens magnification.

The Dinner That Kicked Off the First Dinosaur Craze

One of the world's first life-size dinosaur models was the venue.
microscopesvisualphotographyscienceart

A researcher says her award-winning image of a swirling school of fish is also a metaphor for the oceans' health.
photography

Wilson Bentley was the first to claim that each snowflake is unique—and provided evidence.
Video • Gastro Obscura