Eat Like a 1970s Radical With 'The People's Philadelphia Cookbook' - Gastro Obscura
Want to see fewer ads? Become a Member. 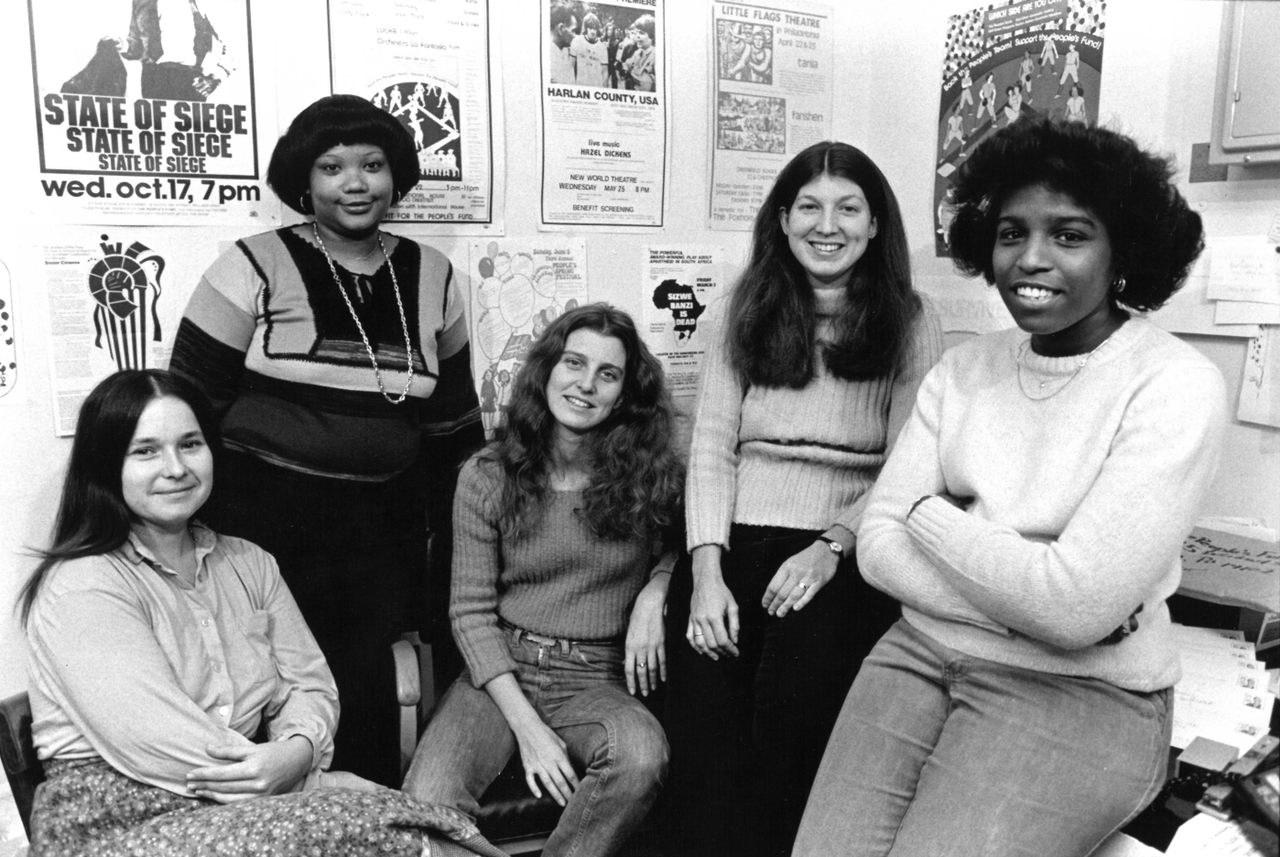 Activists at the People's Fund in the 1970s. Courtesy of Bread & Roses Community Fund
In This Story
Destination Guide

Goldberger adapted the recipe from gay New York Times food editor Craig Claiborne and lesbian icon Alice B. Toklas, and included it in the 1976 People’s Philadelphia Cookbook. The book was compiled and published by the People’s Fund, a grassroots organization founded in 1971, with recipes from member organizations that included the Black Panther Party, the United Farm Workers, the Gay Activist Alliance of Philadelphia, and more.

Now, thanks to an enterprising historian, a flea market, and Twitter, The People’s Philadelphia Cookbook has a new life online. It’s a record of an optimistic era, when activists believed that the elimination of racism, homophobia, and capitalism was just around the corner. While the revolution would not be televised, it would certainly be well-fed.

At first glance, the cookbook was unremarkable: a stack of old papers that a man had found in his recently deceased relative’s attic. “I looked through this box and it was all moldy and stinky, and I thought, ‘I shouldn’t,’” McKellop says. She kept walking. But the historian in her couldn’t resist. “I ran back and I was like, ‘I need to know more about this People’s Cookbook!’”

Almost two years later, to the joy of her online followers, McKellop and Ryskalczyk have finally posted the digitized book. “Maybe it’s not usually what I dig out of people’s trash, but it’s a wonderful piece of Philly history,” McKellop says.

For Ann Marie Doley, who worked at the People’s Fund from 1976 to 1990, the cookbook represents a pivotal moment in her life.

In 1976, Philadelphia was celebrating the nation’s bicentennial. For Doley and her fellow organizers, however, the work for freedom and equality was far from over. The Vietnam War had just ended, thanks in no small part to anti-war activism, and Nixon had resigned.* But in Philly, the struggle continued. Frank Rizzo was mayor, and he often targeted the city’s poor, people of color, and leftist activists.

Doley had moved to Philly in 1967, to attend college at the University of Pennsylvania. She was quickly politicized by anti-Vietnam War protests. “I had friends who were in that war and who died in that war,” she says.

She moved to a collective house in Powelton Village, “a real hotbed of radicalism,” and took a part-time job for $3,000 a year at at the People’s Fund. Doley, pregnant at the time, recalls climbing the stairs to the Fund’s fourth-floor walkup on Walnut Street, then staying put for the day; just weeks before her due date, the steps felt like Mount Everest.

The People’s Fund represented a new kind of philanthropy: change, not charity. Member-funders from community organizations had equal say in where the money went, whether they gave one dollar or one thousand. They funded organizations that conventional philanthropists wouldn’t touch. When one of the founders expressed hesitance about giving money to the Black Panthers, Cook says, another asked, “Well, if we don’t fund the Black Panthers, what makes us different than anyone else?” The Panthers were included in the group’s membership.

As with most democratic experiments, raising money for the fund was a continuous scramble. Members sold wontons from a cart on the Ben Franklin Parkway. They threw a benefit headlined by folk singer Bonnie Raitt. And, in 1976, they published a cookbook.

Forty years later, The People’s Philadelphia Cookbook is a snapshot of an era: turbulent, and contentious, but also generous and nourishing. The range of groups represented in the book—from the Black Panthers to the Grey Panthers, an anti-ageism organization—demonstrates an age of interconnected movements. “The People’s Fund optimistically hopes that those who like each other’s food will learn to like each other,” reads the book’s epigraph.

Puerto Rican Socialist Party activist Rafaela Colon Rivera included her sofrito recipe. “Like no Puerto Rican can give you how many teaspoons of this and that. When I’m cooking, I’m hyper; it’s like a bee,” she said, in the interview that accompanied her recipe. She had just moved to a new house, in a whiter part of town, she explained. “We make ourselves at home. The FBI does too; they found me—two days after we moved in—knocking at the door.”

People’s Fund employees and community activists collected the recipes and drafted the interviews. “Our political lives and our personal lives were pretty much all connected,” says Dina Portnoy, now a retired school teacher, then a full-time activist living in a commune in Powelton Village. She interviewed her housemate, Rosemari Mealy, for the book.

Mealy is one of the few African-American voices featured prominently in the first edition, a fact that didn’t escape notice. When the People’s Fund sent the first edition to Chuck Stone, a local columnist, he refused to review it. “He was really mad about the book and said he wouldn’t write about it because it didn’t have enough African-American recipes in it,” says Doley. “He was right.”

The Fund included more African-American cooking in the book’s second edition, and Stone reviewed it in 1977. “The People’s Cookbook is an epicurean must for any kitchen that digs people, food, democracy, human togetherness, and one world,” Stone wrote.

The same year, the People’s Fund changed its name to Bread & Roses Community Fund when it applied for nonprofit status so it could fundraise at a larger scale. Becoming a nonprofit didn’t blunt the group’s radicalism. In its original application to the IRS, Bread & Roses’s stated goals included “overthrowing the U.S. government.”

“And tax-deductible,” adds Caitlin Quigley, Bread and Roses’s director of Communications and Development.

When McKellop posted a digitized version of the cookbook on Twitter, the response was enthusiastic: a thousand likes and hundreds of retweets in a matter of weeks. She says the book’s appeal rests in both its historical specificity, and its relevance to a society that continues to contend with what it means to live, and eat, in diverse communities. “A lot of the quotes from this book sounds like the discourse of today,” McKellop says.

While McKellop is as eager as anyone to recreate the very gay meatloaf, the importance of The People’s Philadelphia Cookbook goes far beyond the kitchen. “The recipes were the least important part of the book,” she says. “It was more about the people.”

*Correction: An earlier version of this article incorrectly stated that Nixon was impeached. He resigned while impeachment proceedings were in progress.

Australia’s Platypuses Are Invisible Victims of the Bushfires

Shah Jahan developed one of the most famous cuisines of India.
space exploration

This forgotten building was one of the few Philadelphia-area breweries to survive Prohibition.
Condom, France