The Myth of the Werehyena and the Fear of the Other in the Horn of Africa - Atlas Obscura
Want to see fewer ads? Become a Member. 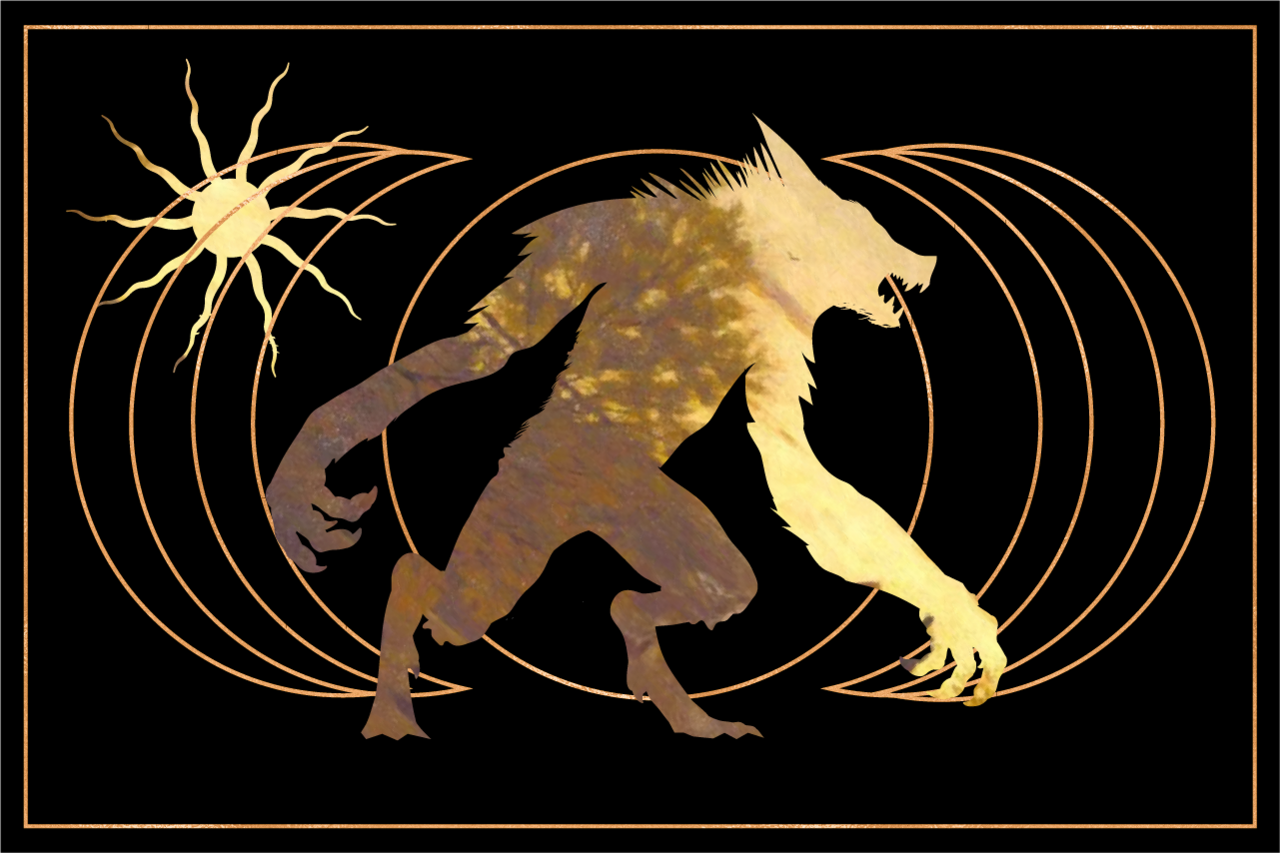 Werehyenas could be proxies for all sorts of dangers—real and imagined. W. Staehle / Unusual Co.

In the village of Atuga, Ethiopia, on any given night in late October, the local farmers make sure to return from tending their livestock well before the sun sets. Markets close up and mothers beckon their children home from play, a distinct note of urgency in their voices.

“Were you playing by the blacksmith’s house?” a mother might ask as she ushers her children indoors. “You know you are to stay away from him.” The children nod their heads.

Though it is about 2.5 miles from the nearest town, Atuga might as well be its own province. It isn’t just silent after dark: With fewer than 200 residents, the hamlet melts into the countryside, an accessory to the landscape rather than an urban force imposing its will.

From the safety of their homes, the residents can hear the sounds of the East African highlands: a steady buzz of insects, chirps of nightjars, and, every so often, the high-pitched yip of a hyena, almost passable as human mirth. Rattled by the sound, mothers tuck their children into bed each night with a warning, that the werehyena transforms at night, and they have a taste for children.

According to legend, werehyenas have long plagued places like Atuga around the Horn of Africa: Ethiopia, Somalia, Sudan. Kids who wander away after dark are at risk. Strangers passing through town are subject to suspicion. That sound that you could swear was a human voice calling your name from a distance? Werehyena.

Unlike their folkloric werewolf cousins, werehyenas can be either human-born or hyenas disguising themselves as humans. Also unlike werewolves, werehyenas are believed to be capable of transforming at will with the help of a magic stick or a sprinkling of ash. Sometimes the smell of human flesh alone could be enough to trigger a transformation.

In one sense, the origins of the werehyena legend make perfect sense: Hyenas and humans have had a consistent and adversarial relationship that dates back to the earliest human presence in Africa. For millennia, the nocturnal creatures have been known to converge in cackles at night, breaking into village huts, killing children, and ravaging livestock. As Marcus Baynes-Rock, who studies human-animal relationships as a research fellow at University of Notre Dame, puts it, “These days, humans tend to see themselves as in total control of their environment. But in rural Africa, a hyena attack is not a freak accident: It’s an unfortunate fact of life. There’s some acceptance that we’re not the apex predator.”

As a result, unsurprisingly, werehyenas became African proxies for all manner of dangers lurking beyond human settlements. Like their hyena cousins, they’re solitary but also known to hunt in groups, strong, with an insatiable appetite and a reputation for luring people from the safety of their homes. Mothers used the myth of the werehyena to reinforce the risks of the things known to be dangerous, such as wandering off at night, in addition to the unknown.

Where werehyena folklore takes a surprising turn is in the exact “other” that they came to represent. Known as scavengers (inaccurately, since hyenas acquire much of their food from hunting as well), the animals weren’t just seen as antagonistic, but cowardly and repulsive. One early myth originating from the Ivory Coast describes how “Hyena” attempts to convince all other animals to kill the first man and woman in existence. Fortunately, “Dog” warns our ancestors, foiling Hyena’s plot and saving humanity. Similarly, werehyena mythology centers the idea that they aren’t just a threat, but a lowly, vile one. In some regions, this evolved into a means of further isolating “othered” populations.

In Ethiopian folklore, for example, werehyenas were referred to as bouda, a term synonymous with the evil eye. In Amhara tradition, this notion dates back to Creation. As legend goes, Eve was the mother of 30 children, and one day, God asked her to show them to him. Suspicious of his intentions, Eve hid 15 of her children, and when he discovered her disobedience, he cursed the children to be bouda as punishment. Over time, the term became synonymous with the lower, uneducated artisan class, and blacksmiths in particular. For a time, all blacksmiths in Ethiopian culture were believed to be bouda, capable of wielding the power of the evil eye to transform into werehyenas at will. (Belief in bouda continues today, and is fairly widespread throughout Ethiopia, as well as to a lesser degree in Sudan, Tanzania, and Morocco.)

Blacksmithing was a profession traditionally dominated by the Jews of Ethiopia, a tiny minority in the country whose presence there dates back to antiquity. Also known as “Beta Israel,” and believed to be descended from the tribe of Dan, who had fled the civil war in the Kingdom of Israel between Solomon’s son Rehoboam and Nebat’s son Jeroboam, the Jews of Ethiopia weren’t allowed to own land or attend most schools. This left them professions such as blacksmithing—an inherited trade that required no formal education.

Don Seeman, a scholar of religion and Jewish studies at Emory University, believes that labeling the Jewish population of Ethiopia as bouda was “a form of ideological segregation, largely by drawing associations between bouda and craft, creating a ‘seamless’ mythic association and inhibiting the social mobility that might have been possible in previous eras.” Further dehumanizing them, legend had it that Jewish therianthropes (shape-shifters) would rob tombs at night in hyena form, defiling bones and consuming any human flesh that remained. A lingering smell of rotting flesh was believed to be the best way to identify the werehyena once it had transformed back into a human.

Werehyenas’ ties to the Jews of Ethiopia is mostly a thing of the past. Most Ethiopian Jews were either forced to convert to Christianity in the 19th and early 20th centuries, or emigrated to Israel in a series of operations orchestrated by the Israeli government in the 1980s.

Elsewhere in Africa, the werehyena takes on slightly different properties, as well. In Somalia, it transforms by rubbing itself with a magic stick at sundown. The Sudanese version is more violent, and is known for attacking lovers after dark. In Morocco, all werehyenas are believed to transform every night after sunset and return to human form at dawn.

All these myths share a common thread: a fear of the other, and of nature’s ability to disrupt life for those who don’t respect her power.

Belief in werehyenas is still fairly widespread today in the rural Horn of Africa, particularly in villages like Atuga, where the threat (and promise) of wilderness still governs everyday life. There, mothers still send their children to bed with a tale about werehyenas—assuring them that if they heed the warnings, beastly cackling won’t be the last sound they hear.

These provincial specters are as gruesome as they are hungry.
forests

At least until Christian missionaries made them more purely devilish figures.
Video • PinDrop

It was an English "translation" that turned a wise, if mischievous, figure into a bloodsucker.
Read more
Thanks for sharing!