When the U.S. Interned Italians in Montana, They Rioted Over Olive Oil - Gastro Obscura
Want to see fewer ads? Become a Member. 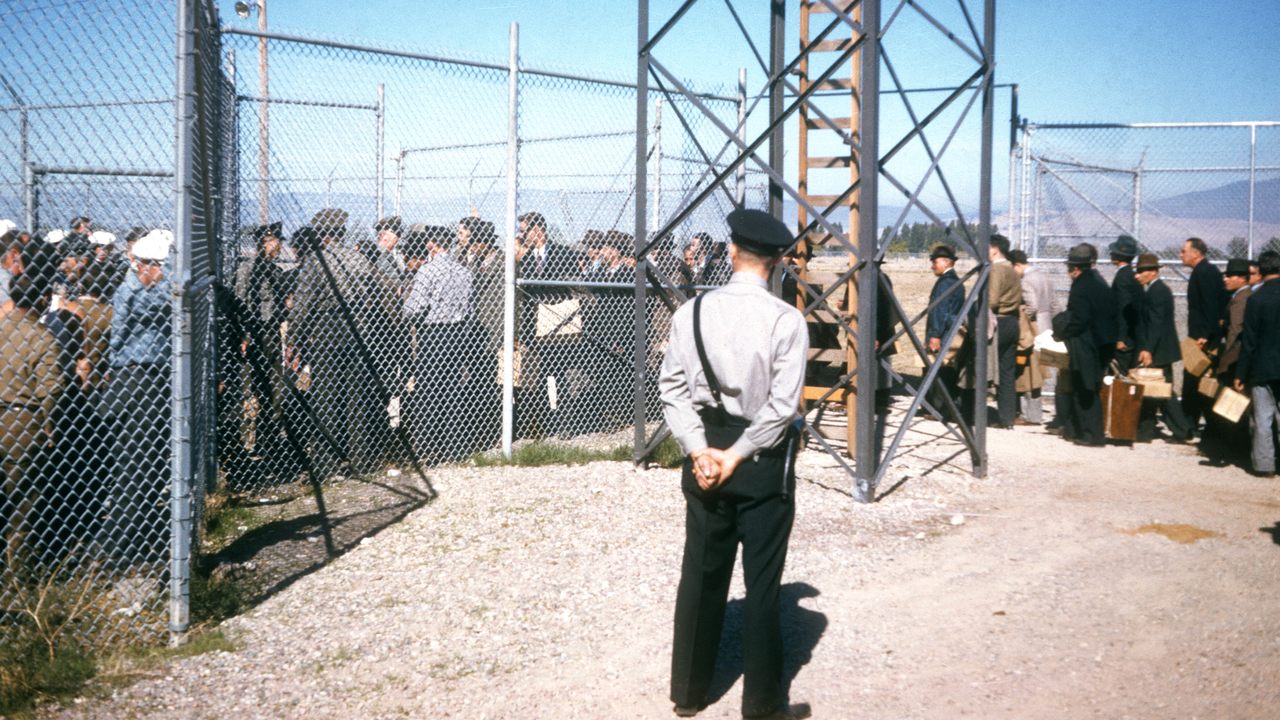 It started with suet. Some say camp administrators decided that Italian internees should cook with suet instead of olive oil to cut costs. Others say lower ranking internees, who had been crew members on the ships they were taken from, suspected that former officers were getting olive oil while they were stuck with beef fat. Either way, tensions hit a breaking point when a group of angry internees charged into the kitchen.

“They were swinging suet at the cooks,” says Carol Van Valkenburg, a Professor Emerita at the University of Montana School of Journalism who wrote a history of the Missoula internment.

It was the summer of 1941 in Fort Missoula, Montana. The United States would soon be at war. Approximately 1,200 Italian nationals, most of them sailors on boats stranded in American waters or employees of the Italian Pavilion at the 1939 World’s Fair, had been rounded up by the American government as “enemy aliens” and brought to Fort Missoula. The Italians called the camp Bella Vista, meaning beautiful view, but during the early months of their stay, when rules on visits to town were stricter, their view was marred by barbed wire.

In some versions of the olive oil tale, the Italians were so angry they rioted in the mess. Guards rushed in and sprayed tear gas to break up the fight, and in the chaos, a watchtower guard accidentally shot himself in the foot. According to Van Valkenburg, however, the olive oil agitation didn’t escalate, and the tear gas spraying and accidental self-shooting occurred during a more serious riot between the pro- and anti-fascist internees at the camp.

Nevertheless, food was serious business for the Italians at Fort Missoula, who often complained about the provisions. Unused to canned food, they claimed it was making them sick. Envious of the supposedly superior food eaten by their diabetic counterparts, internees fell victim to a “diabetes epidemic”—until the camp doctor warned them that true diabetics had to undergo uncomfortable treatment. For prisoners far from their homes and families, food mattered.

The Italians at Missoula were just a fraction of the 600,000 Italian Americans whom the U.S. government labeled “enemy aliens” during World War II. Across the West Coast, federal agents placed thousands of Italian immigrants under curfew. Authorities confiscated fishermen’s boats and forced 10,000 of those living close to the California coast to relocate inland. Across the country, intelligence agents surveilled Italian neighborhoods, searching for Mussolini supporters. Immigrants who had made the United States their new home found themselves suspect.

The Italian internees weren’t alone. Missoula held over 100 Germans and 1,000 Japanese Americans, who had been rounded up as part of a much larger surveillance program that the American government had been developing for years.

When the United States entered the war in 1941, the intelligence machinery swung into action. Federal agents forced Japanese Americans from their homes and into camps. Initially, agents targeted Japanese Americans with prominent roles in their communities: newspaper editors, judo teachers, Shinto clergy. But more than for anything they’d done, says Brian Niiya, content director at Densho, an organization dedicated to preserving the memories of interned and incarcerated Japanese Americans, the U.S. government targeted Japanese-American people for their race.

Like many in the field, Niiya and his organization use the word “internment” to describe the status of Japanese Americans rounded up in this earlier wave. They use “incarceration” to describe the later, much larger group of over 117,000 Japanese Americans, many of whom were U.S. citizens, forcefully relocated to camps under Franklin Delano Roosevelt’s racist 1942 executive order.

The 1,000 Japanese-Americans interned at Fort Missoula were officially there for “loyalty hearings” conducted by the Department of Justice’s Alien Enemy Hearing Boards. But for Japanese Americans, says Niiya, determinations of loyalty often derived from racial stereotypes.

“There was this sense of racial inscrutability,” says Niiya. “With people of European extraction, there was this idea that you can investigate, you can tell who should be interned and who was okay.” But when it came to the Japanese, he says, “The Japanese people were the enemy, not a particular leader.”

Missoula residents treated the prisoners differently too. While townspeople viewed the Japanese internees with “suspicion,” Van Valkenburg says, “the community accepted the Italians with open arms,” viewing them as “happy-go-lucky.”

This belief extended to the highest echelons of American government, with Roosevelt himself famously declaring Italians to be “a lot of opera singers.” Among the Italian internees at Fort Missoula, the stereotype wasn’t entirely false. The seamen and World’s Fair workers included several musicians, and the Italian internees even performed for the Missoula residents.

Racial tensions at the camp extended to eating arrangements. Italian and Japanese internees lived in segregated quarters, with separate mess and kitchen facilities. Each group cooked their own food. According to a newspaper account from the time, camp officers provided each group with rations according to their cultural preferences, with “spaghetti, olive oil and garlic for the Italians, and rice, soybeans and fish for the Japanese.” Administrators purchased the Italians’ food from a local grocery store set up by Italian immigrants who had come to work for the railroads.

In 1943, Italy surrendered and soon joined the Allies in fighting its one-time German partner. In 1944, the Italians at Fort Missoula were allowed to go home. Some returned to Italy, delighted to see their mothers again, the local newspaper, The Missoulian, reported. Some stayed in the United States, fearing their native country would have no work. Some remained in Missoula. Alfredo Cipolato, who maintained an Italian deli in Missoula until he was 94 years old, became a town icon.

The Italians left things behind: An archive full of photographs. A train platform full of sobbing local women (two of whom, Van Valkenburg says, discovered during this tearful farewell that they had been dating the same Italian man). At least one child, the fruit of such a union.

But for the Japanese internees, Missoula was only the first stop in a long journey that, for survivors and descendants who live with the historical trauma of incarceration, continues today.

Many of the Japanese Americans interned at Fort Missoula went on to what Niiya and his organization refer to as concentration camps: the 10 crowded, desolate camps operated by the War Relocation Authority, in which Japanese Americans were incarcerated solely for their race.

Food mattered at those camps, too. For many incarcerated people, the American food served in camp messes was not only bland and of low nutritional value, but a sign of the assimilation forced upon the community by the United States government. In several camps, incarcerated Japanese Americans protested on the suspicion that white kitchen workers were stealing incarcerated people’s rations. In Utah’s Topaz camp, which suffered from meat scarcities, residents agitated against the serving of organ meat. Eventually, Japanese Americans used the camps’ coercive agricultural work programs and their own resourcefulness to become self-reliant, growing vegetables, raising livestock, and making staple foods like tofu.

For Niiya, interned and incarcerated people’s agitations over food were about more than taste. “It may not seem so to us, but for that population it was a really important thing,” Niiya says of the Italians’ aversion to suet. “Just like the Japanese eating the organ meat: It would keep you alive, it would feed you, but it was just repulsive to a lot of the population.”

By agitating for familiar foods, interned and incarcerated people demanded more than just to stay alive: They demanded lives of dignity.

Their culinary legacies, written on scraps of paper or fabric, tell stories of hope and resistance.
food

One of Bengal’s greatest tragedies is overlooked in the West. It’s missing from cookbooks and food writing, too.
gardens

Home gardeners planted despite an initial federal policy of leaving farming to the professionals.
Video

"Polynesia on the Plains."
Atlanta, Georgia