The Museum Where Everything Is on Display - Atlas Obscura
Want to see fewer ads? Become a Member. 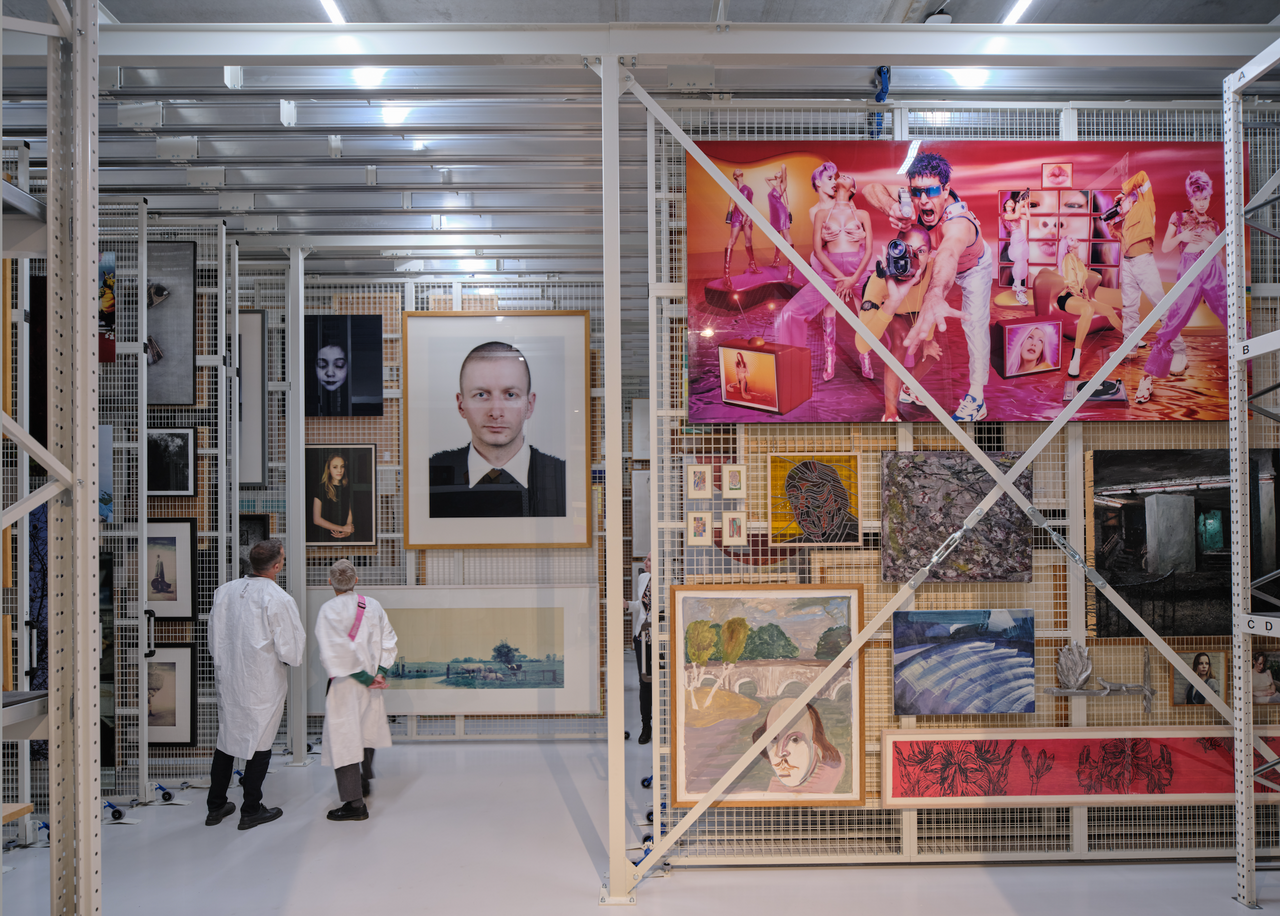 The Museum Boijmans Van Beuningen—the most visited-museum in the Dutch port city of Rotterdam—was founded in 1849. Over the next century and a half, its collection grew to more than 151,000 works of art, including masterpieces by household names like Rembrandt, Vincent van Gogh, Hieronymus Bosch, and Peter Paul Rubens, all of it valued at €8 billion (about $9 billion). But as is the case for museums around the world, Boijmans’ galleries can only accommodate a fraction of these vast holdings, meaning that for most of its history the majority have been stored out of sight.

Sjarel Ex, the museum’s director since 2004, always thought that was a shame.

“Going into the storage was always amazing,” he says. “My experience is that curiosity increases—it’s like visiting a library, you go in to find that specific book, and while looking, you discover 10 others.” Curated exhibitions will always have their place, Ex says, but the “backstage” world of a museum has its own, different kind of magic. “This is where it starts, before the curator comes in. You’re looking at the art without names or context, just looking and experiencing and thinking and using your senses.”

Ex had long dreamed of a way to give the art-loving public the same behind-the-scenes experience that he and his colleagues enjoyed. Meanwhile, a new storage facility was becoming a pressing need. Most of Rotterdam lies below sea level, and the rising oceans and increased rainfall brought by climate change presented the museum’s underground storage with an existential threat. In 2013, a flood destroyed books in the Boijmans’ library and threatened to ruin many of its paintings. With plans already underway for a major renovation, Ex and his staff were able to persuade the city government, which subsidizes the museum, to approve what he admitted was a “radical” idea: completely accessible public storage, right in the heart of the city.

The result, funded in part by a €27 million (about $30.5 million) gift from a local philanthropy, opened this past November in Rotterdam’s Museumpark. Dubbed “Depot Boijmans Van Beuningen,” the curvaceous seven-story tower, clad strikingly in 1,664 mirrored panels, has space for all of the museum’s paintings, design objects and sculptures in glass cases or on open shelves and sliding racks. Prints, drawings, and photographs that must be stored in cold and darkness can still be viewed upon request. Screening booths are available for film and video, while open studios allow visitors to watch curators and conservators at work.

“It is amazingly interesting to people to have such a look in the kitchen of the museum,” Ex says.

Pandemic-related restrictions have so far prevented the Depot from staying open continuously, but in normal times Boijmans expects about 90,000 visitors a year. To date, many of them have been art historians, curators, and conservators from other museums around Europe and beyond, who are curious to see how the idea works—and whether it might work for them.

“It is definitely a fantastic endeavor—it is state-of-the-art, and it’s always beautiful to see projects like that come to life,” says Paloma Añoveros, an arts management consultant and adjunct professor in the museum studies program at the University of San Francisco. While Añoveros has not had a chance to visit the Depot, she—like many in her field—has observed its development with great curiosity. “The attempt to make collections more accessible to visitors has always been in the mind of museums,” she says. “It’s something we struggle with, and visible storage is one way to do that. Pretty much every large museum has considered or attempted to do it somehow—just never at this scale.”

Visible storage has been on trend for years—many museums, including the Smithsonian American Art Museum and the Brooklyn Museum, have a selection of their storage on view. The National Museum of Modern and Contemporary Art in South Korea recently opened a new visible storage area in a historic tobacco factory. Many more are hard at work digitizing their collections through high-resolution photos and scans.

Both physical and digital access efforts are tied to ideas about decolonization and accountability, says Stephanie Brown, program coordinator for the museum studies at Johns Hopkins University.

“Museums are thinking about their collections in new ways,” Brown says, referring to recent controversies about the provenance of objects sourced—or in some cases, stolen—from unwitting or unwilling communities. “There’s a sense of museums as having been colonial, imperialist enterprises. And if museums can show everybody what it is that we have back here, there’s a greater sense of accountability.”

Of course, storage is never as simple as throwing open the vaults, the experts note, because museums’ two missions, access, and preservation, are often in conflict. Merely having human bodies in the same room can, over time, degrade artworks that are sensitive to temperature, humidity, and light. Boijmans has taken great pains to find a balance; the building has five different climate-controlled zones to keep conditions close to ideal for different materials, whether oil paintings, photography, metal, or plastic.

Ex admits that such an undertaking might not be right for every museum. But he believes it’s important for the public to have access to everything in a collection which, after all, represents the cultural heritage of humanity: “We always tell people, ‘This is your collection. It’s worth 8 billion, so feel lucky!’”

How an Apartment Balcony Became One of Italy's Best-Known Stages

We meet an artist who has turned trash into a medium—and an indictment.
museums

This Small Texas Museum Celebrates the Art of the Wild West

The Museum of Western Art in Kerrville, Texas, began as a home for a group of “Cowboy Artists”—and has since expanded its purview to represent a more inclusive catalog of Western Art.
Sponsored by  Kerrville Convention & Visitors Bureau
museums

Podcast: The Museum of Bad Art