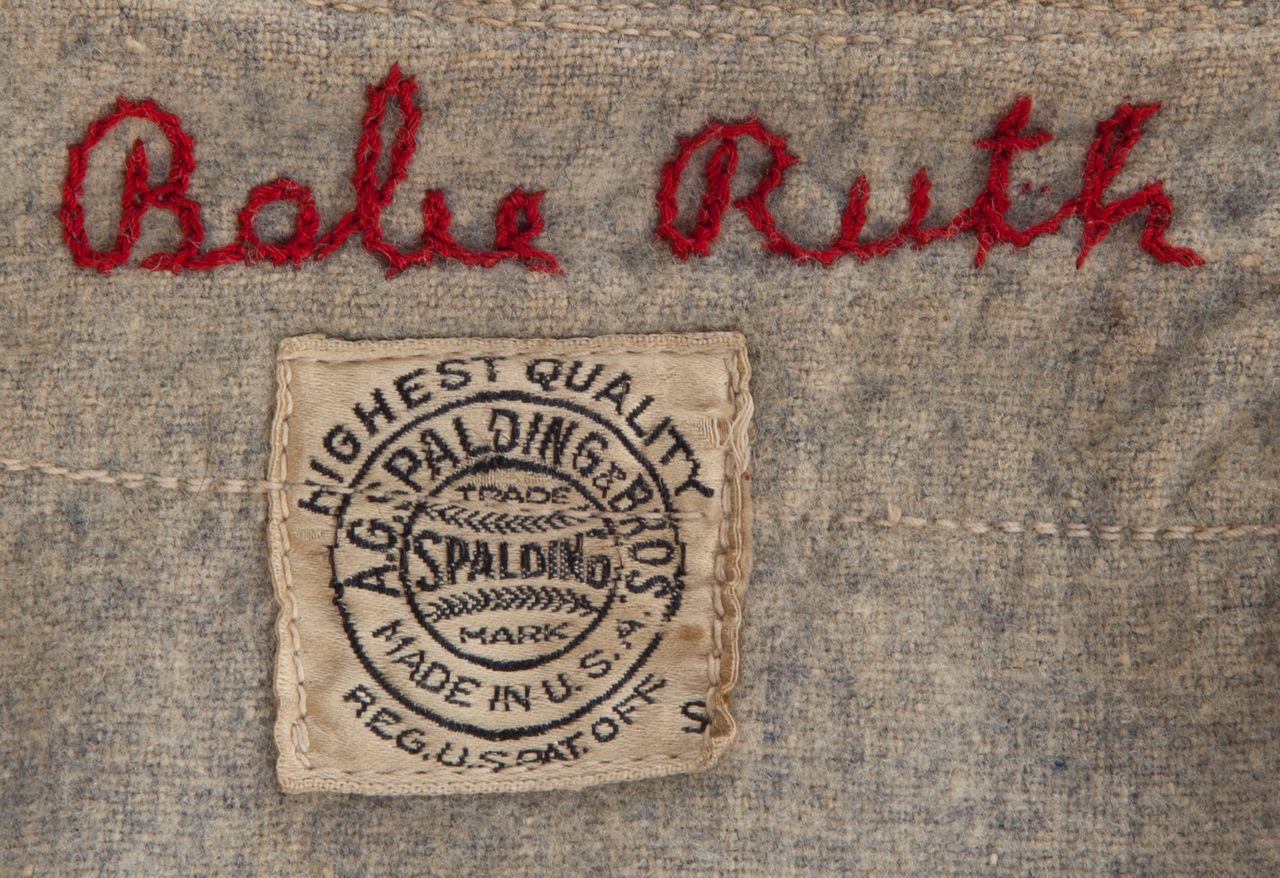 Ebbets Field was not the "House that Ruth Built." Courtesy Julien's Auctions
In This Story
Place

The ballpark in "Pigtown" where the Brooklyn Dodgers made their name was replaced with a huge apartment complex.
Destination Guide

Ebbets Field, the home of the Brooklyn Dodgers, was torn down with a wrecking ball painted like a baseball after the team moved to Los Angeles in 1957. What was left of the stadium was scattered. Its flagpole ended up outside its distant descendant, the Barclays Center. Some seats ended up on Hart Island (the city’s potters’ field), and the marble plaque bearing the stadium’s name ended up in a pile of rubble in New Jersey—but little was left to commemorate the site itself, where Jackie Robinson broke baseball’s color barrier and where Babe Ruth spent his brief, ill-fated coaching career. Today, a metal plaque marks the spot of the old stadium’s home plate, in the shadow of the Ebbets Field apartment complex that was built on the site, a few blocks east of Prospect Park. But just like Babe Ruth’s history with the Dodgers, the plaque is easy to miss.

Ruth was many things: a slugger of legendary proportions, a World Series champion many times over, a hard partier, and an icon—perhaps the icon—of the New York Yankees. But despite his professed desire to, Ruth never became manager of his beloved Bronx Bombers. He only coached in Major League Baseball for a year, as a first base coach for the Dodgers in 1938. After that job, Ruth would never work in baseball again. In November 2019, Ruth’s uniform from this uniquely disappointing episode in his otherwise-illustrious career is up for auction.

“It was his only time coaching. This was a real departure for Ruth, who had been the top of baseball for most of his career,” says John McMurray, of the Society for American Baseball Research. “Here he was as a first—sometimes third—base coach in Brooklyn, and having to work his way back up the ladder.”

Ruth had been dreaming of a Yankees coaching gig since well before his playing career with them ended in 1934. At the time it was common for star players to become player-managers, and Ruth saw himself as a natural fit for the hot seat. When he finally got an offer to coach the baselines in Brooklyn, Ruth took the job, knowing that it might be his last chance to make a name for himself in the coaching ranks and maybe, just maybe, make his way back to the Bronx.

The uniform, which is being auctioned by Culver City–based Julien’s Auctions, and is estimated to fetch between $200,000 and $400,000, is gray flannel and has Ruth’s name stitched onto both the jersey and pants with red thread. Unlike the other Dodger uniforms, which were zippered, Babe had his custom-made with buttons, as he preferred. The 1938 season was the first year the Dodgers added the distinctive script lettering to their jerseys, and the uniform has a sleeve patch promoting the 1939 World’s Fair, which took place in Queens’s Flushing Meadows. Ruth was coaching for the Dodgers in what would be the world’s first televised baseball game.

“Ruth had a lot of missed opportunities,” says McMurray. “There were a lot of false starts, promises made and promises not kept.”

The Yankees passed over Ruth a couple of times in favor of other managers, namely Joe McCarthy. Ruth’s attempts to join up with several other teams fell through or soured. “There were 16 teams in the league,” McMurray says, “and he was linked with half of them.” When he finally got his chance in Brooklyn, Ruth developed a terrible relationship with the team’s outspoken star shortstop, Leo Durocher.

“Durocher wasn’t a star player the way Ruth was, and Ruth had apparently labeled him the ‘All-American Out’ and said he stole his wristwatch,” McMurray says.

The two scrapped in the clubhouse that October, and the team sided with Durocher, who became player-manager the very next year. And that was it for the Bambino.

“He was a fun-loving guy who was resistant to structure,” McMurray says. “You never knew what he would do next, and that doesn’t play very well for someone leading an organization.”

How a Fruit Basket From Mao Made China Mad for Mangoes

At the northern tip of Manhattan, the ballpark was a magnet for families, entrepreneurs, and celebrities.
manuscripts

The 14-page speech is now the world’s most expensive piece of sports memorabilia.
sports

1,400 Baby Chicks and the Integration of Professional Baseball

In 1946 in Nashua, New Hampshire, catcher Roy Campanella made history in more ways than one.
games

For every talent, there must be a champ. Are you ready for Pêl-Law, lion dancing, or marbles?
Video