What Happens to Caves When Wildfires Scorch the Surface? - Atlas Obscura
Want to see fewer ads? Become a Member. 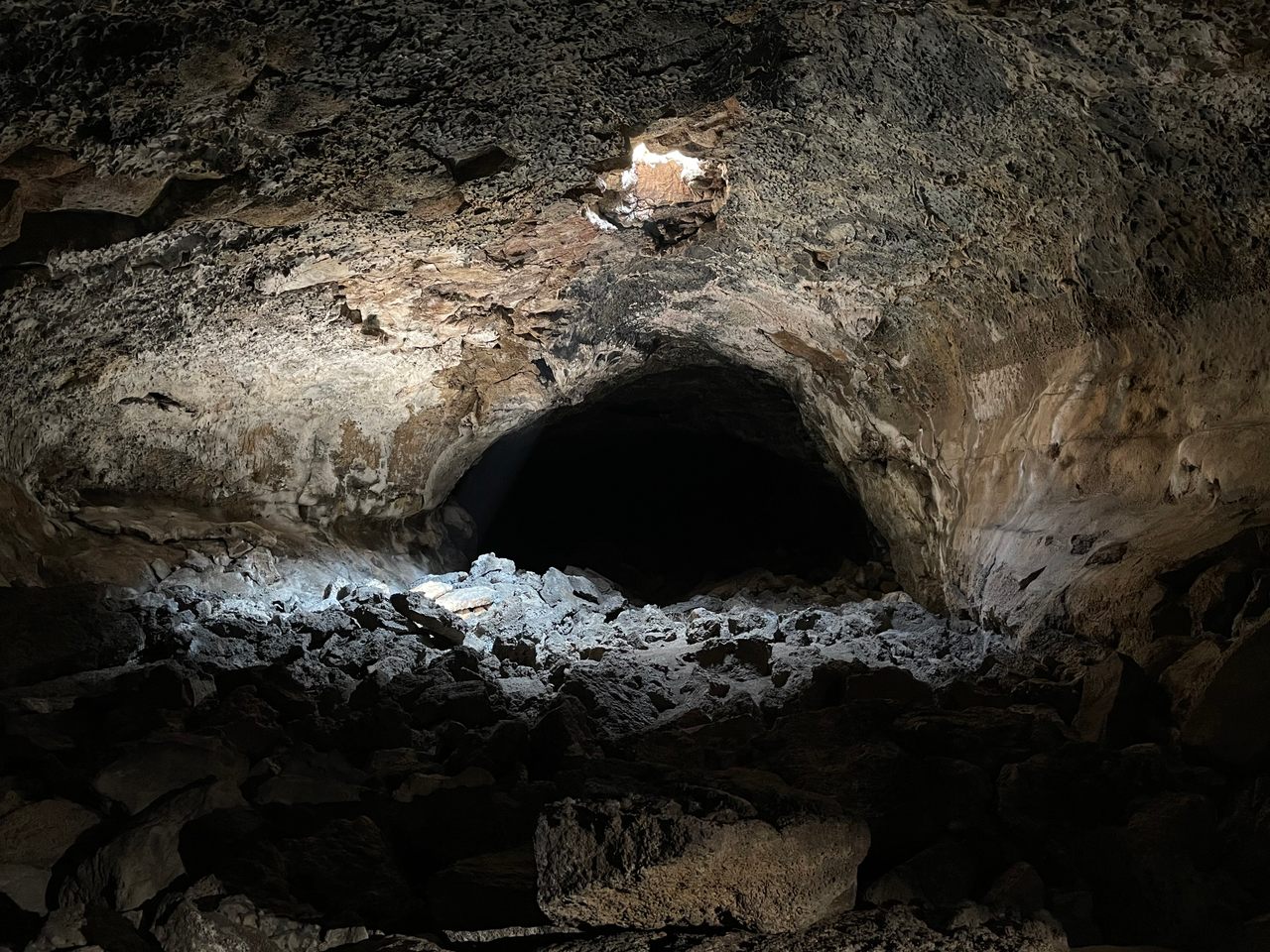 On the flanks of Medicine Lake Volcano in remote Northern California is Lava Beds National Monument. In its higher altitudes, the park is covered in large ponderosa pines and firs. As it descends, the landscape gives way to sagebrush and bunch grasses. And beneath that is a sprawling network of some 800 lava tubes, caves carved out by flows of molten rock that date to between 65,000 and just 1,100 years ago. Some are just a few feet across, others some 60 feet around.

The lava tube caves are home to an exciting range of life that relies on the cold, dry, stable conditions, conditions that have been threatened by a plague of wildfires. In July 2020, the Caldwell Fire burned around 70 percent of the park. In summer 2021 came the Antelope Fire, which burned 27 percent more. Wildfires are a normal part of Western ecosystems, but the intensity and reach of these had park ecologists wondering whether they even impacted the refuges that the lava tubes usually represent. It’s too soon to say for sure what the legacy of the fires will be for the region, but scientists have found that the story is complicated. The fires have knocked back populations of some species, while boosting diversity of others.

This new research happened in tandem with the park’s regular biennial cave health surveys. Jordan Kemp, an earth science graduate student at Indiana State University, was working as the physical scientist intern at Lava Beds National Monument in summer 2021 and was tasked with the survey work. “We just had a wildfire, what’s going to be the impact?” she remembers asking, so she developed a project to inventory invertebrate diversity in the caves in tandem with the regular survey.

These invertebrates—such as millipedes, diplura (aka “two-pronged bristletails”), isopods, and springtails—are especially useful populations to study. They’ve adapted to the highly specific and stable conditions of the caves, says Kemp, and because they’re so specialized, these small invertebrates tend to be quite sensitive to change. Millipedes in particular can serve as a proxy for the health of the ecosystem, since their numbers are generally quite high and well documented.

Ecologists used bait stations in different parts of each surveyed cave, but spotting and documenting tiny, scuttling, light-averse creatures in the depth of a pitch-black cave isn’t easy, says Kemp. To document every little creature, they turned over rocks and pored over the study areas with magnifying glasses.

The preliminary findings show “an overall decline in cave millipedes across both the burned and unburned caves, but that decline was steeper in our burned area caves,” says Emma Sutphin, a wildlife technician with the National Park Service at Lava Beds, who took part in the research. But when they looked at invertebrate population diversity, arguably a more important metric, Sutphin says the effect was quite different. “Interestingly, what we found there is sort of the opposite story, “she says. “We saw increased species diversity in our burned area caves compared to the unburned caves.”

One theory to explain this effect has to do with moisture. “One line of thinking, which makes intuitive sense to me, is that in these burned areas we often saw 100 percent vegetation mortality on the surface,” says Sutphin. With no plant life above and around the cave to absorb it, rainwater flowed down and penetrated deeper areas of caves than it usually reaches. And since wetter habitats tend to encourage biodiversity, it makes sense that a larger spectrum of life would find those caves hospitable, though it could be to the detriment of millipedes and other critters that are unused to so much moisture.

The impact of changing cave microclimates is not limited to small invertebrates, Sutphin says. Larger animals such as bats are also picky about the temperature and humidity of their homes, and the fires could change where they choose to hibernate. Lava Beds National Monument is also home to bears, bobcats, deer mice, birds, owls, kangaroo rats, and pika—creatures that may not dwell in the darkness of the lava tubes, but might use them as occasional shelters.

For parts of Lava Beds, last year’s fire was the first it had experienced in 500 years. Now that wildfires are increasing in frequency and intensity, it’s hard to say how park life will adapt.

“I think it’s too soon to tell that,” says Steve Sheehy, a citizen scientist from Klamath Falls, Oregon. Sheehy is an ardent lichen lover, and has been cataloguing species at Lava Beds since 2012. He noticed back then that their official records listed only 19 species of lichens. “I knew I could find that on one rock, so I got a permit and started surveying the area, and we’re up to like 238, almost 240 different species now,” he says.

Sheehy has been watching the species diversity of lichens in the park for nearly a decade, and the fires caused the most dramatic shift he’s seen. For slow-growing species like lichens, any comeback their populations make following a devastating fire season won’t be observable for 5 to 10 years at least. Sheehy says they need continued, consistent monitoring and long-term studies to really understand what the new fire regime means for Western ecosystems.

Kemp agrees. “We can’t determine just one year post-fire what the maximum impact will be,” she says. “So it’s likely going to be another decade or so of studies for us to know the full, long-term scope that wildfire has on cave environments, and invertebrate diversity.”

Scientists, residents, and visitors have banded together for a massive biodiversity survey of British Columbia's Galiano Island.
volcanoes

In Ethiopia’s Danakil Depression, a continent is tearing itself apart, and volcanic chemicals fuel ecosystems unlike anything else on the planet.
science

When ice goes, lichens and mosses move in and an entirely new ecosystem starts to take shape.
Video