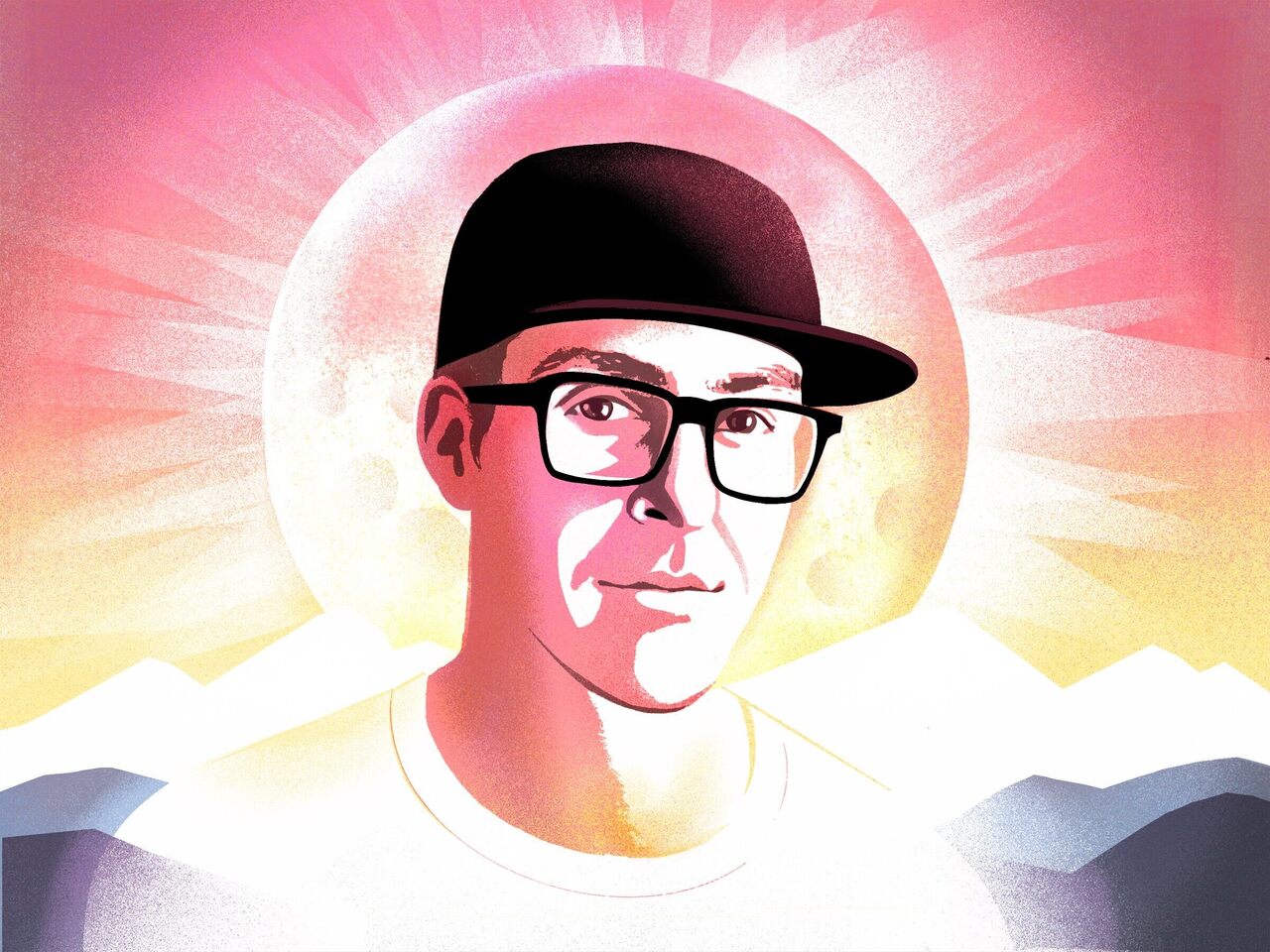 Ty Newcomb gazed out at the frozen Chasm Lake, smooth as glass and etched with fissures like a shattered mirror.

The deep, glacier-cut bowl rests at almost 12,000 feet, cut from the bases of Mount Meeker, Mount Lady Washington and Longs Peak in Colorado’s Rocky Mountain National Park. To reach it, hikers must climb through a forest, skirt the edge of a gorge wall, and scramble over a small boulder field.

As the winter wind swirled snow dust across the ice, Newcomb glanced at his companions, one of them a photographer who made his living capturing the world through a lens.

“And I think that was when it finally clicked to me that I could go out and explore and take photos and people actually want to see it,” Newcomb said. “That really, all it takes is just to get out there and start doing it.”

That was circa 2014. Newcomb had just earned a degree in international relations at the University of Colorado Boulder. Today, the 28-year-old is a sought-after photographer, filmmaker, and social-media influencer known best for his vibrant and at times other-worldly landscape photography.

It’s a passion born from a life spent in nature. Newcomb grew up hiking, biking and skiing with his family in Carbondale, Colorado, a small town about 30 miles northwest of Aspen. Spending time in the outdoors, he said, gave him peace and perspective about the world around him.

“The world is a whole lot bigger than what we make it,” he said. “Going outside makes me realize that everything has its part … and it makes me feel better about being a human.”

But Newcomb’s work bears little resemblance to your local travel guide. His night skies are painted with impossible pinks and iridescent blues; his moons larger than life—effects achieved by manipulating light and color during post-processing.

The purpose is not to deceive, but to communicate how nature makes him feel.

“You can take a landscape that might not look so special if you kind of just show up, but through a different lens, you can transform regular-looking places into really unique places based on perspective and light,” he said.

It’s a school of thought that’s not for the traditionalists at heart, especially among purists who believe altering images is akin to cheating.

“I don’t agree with that disconnect, because the world is really what you make it,” Newcomb said of his rogue approach. “And not everybody is going to see the world the same.”

That’s not to say Newcomb’s work is all done behind a screen. Oftentimes, getting the right shot often means putting his life at risk—quite literally taking a path less traveled, like shooting on Capitol Peak, one of the most demanding 14-ers of the Rocky Mountains.

“There’s a place that you literally have to straddle a piece of rock and kind of shimmy across it, and on both sides of it is literally hundreds and thousands of feet (of) drop-off where if you fell, there’s no doubt about it—you would die,” he said.

Newcomb has also faced dangers of the human variety, navigating tense political waters while traveling in the Middle East. Add that risk to a life lived off-road and you get a career not suited for anyone seeking a life of ease.

“It’s definitely difficult and it’s definitely hard—and sometimes it’s grimy and you have to dirt-bag it and go without showers for a couple days or weeks,” he said. “But in the end, I like it because it makes me feel alive. And it’s one of the only things that truly makes me feel like I’m experiencing life to the fullest.”

Meet the Experimental Violinist Forging Her Own Path

Meet the Experimental Violinist Forging Her Own Path

Mirai Nagasu: The Figure Skater With Triple the Guts

Jennifer Lee: The DJ Who Rediscovered Music After Brain Surgery

Mirai Nagasu: The Figure Skater With Triple the Guts