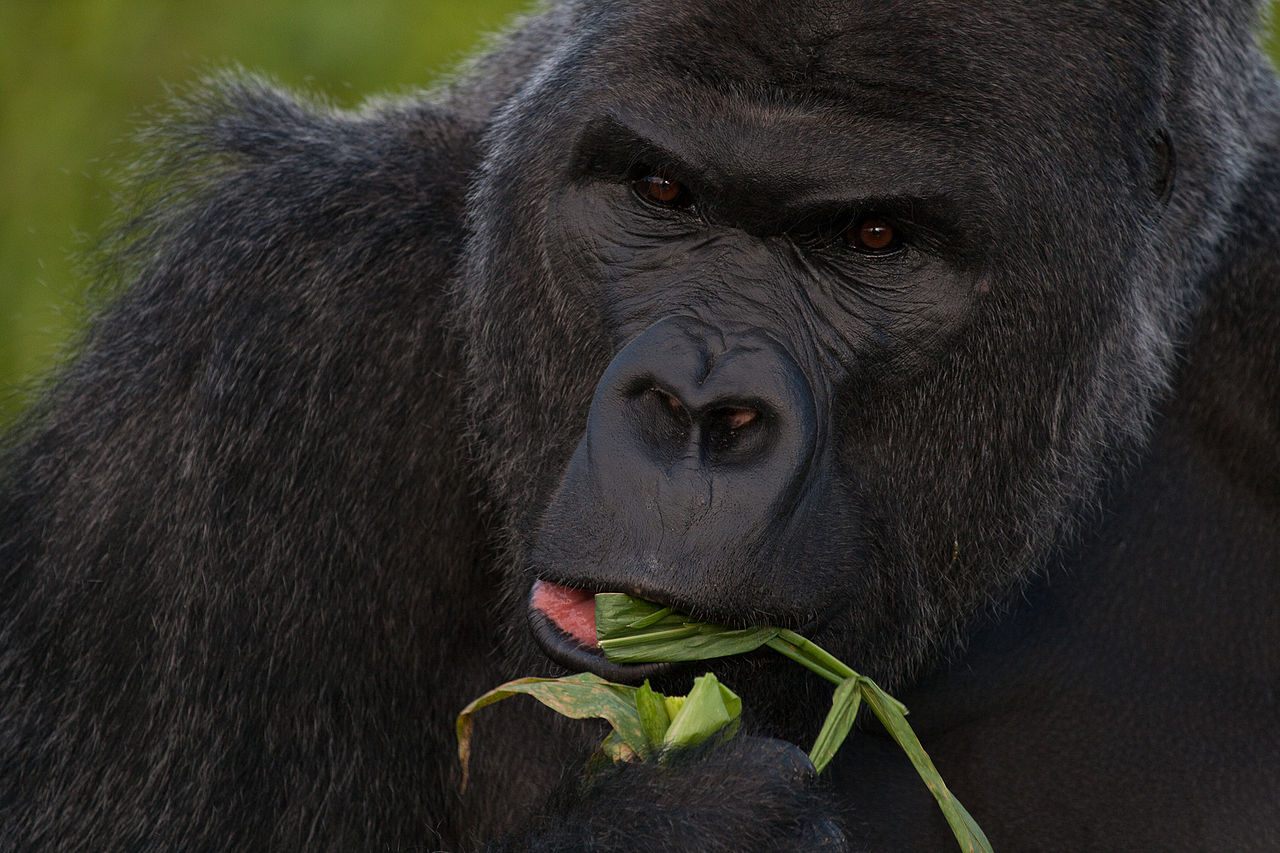 The western lowland gorilla's diet consists of leaves, some fruit ... and nuts, apparently. Wikimedia/Jackhynes
In This Story
Place

In Loango National Forest of Gabon, a group of western lowland gorillas sit down to dine. The gorilla diet is not exactly eclectic. It is mostly leaves, but this group does indulge in a fair bit of fruit. Not far from the feeding gorillas is a group of scientists, watching and documenting every bite of every ape. Over the course of 6,300 hours, those researchers, from the United States and Germany, painstakingly recorded the gorillas’ meals, and announced earlier this month in a paper in the American Journal of Physical Anthropology a truly unexpected finding: The gorillas eat nuts.

Nuts are a staple of trail mix and human diets around the world, but no one expected them to make it into gorilla cuisine. The massive primates aren’t known to eat hard objects at all, but these gorillas seasonally and regularly dined on the endosperm of Coula edulis, the African walnut. The nut is good eating—Adam van Casteren of Washington University in St. Louis, one of the study’s authors, says its kernel is “a little bundle of nutrients,” high in protein and fat compared to the gorillas’ typical diet—but the researchers are not quite sure how this gastronomic trend started.

“It could be that a curious gorilla in Loango tried eating the nuts, realized they could eat them, and they are good and then everyone else started eating them,” says van Casteren.

Eating nuts with hard outer casings (including African walnuts) has been seen in other apes, such as some chimpanzee and monkey populations that access the insides with makeshift tools. The gorillas, unlike the other primates, used their teeth to crack into the nuts—a feat previously thought to be too taxing for the apes’ dentition. Though gorillas’ teeth are built for leaves, their ability to eat hard food might provide clues about how our own built-in nutcrackers evolved.

“Currently when anthropologists find the fossil teeth of early hominins, they use the relationship between tooth shape and diet to predict what that species may have eaten,” says van Casteren. “The fact that gorillas with teeth seemingly adapted to foliage feeding can also eat hard objects could indicate that fossil hominoids with certain tooth shapes may have broader diets than previously thought.”

Though just a small population in Gabon, the Loango gorillas are a reminder of how much of what we know about early human history and evolution is the product of educated, informed guesswork. Truly understanding how we got to be who we are is a tough nut to crack.

Why Does the U.S. Army Own So Many Fossils?

The evolutionary marvel mates in love trains, can swim in the ocean, and even uses jazz hands as a defensive tactic.
science

Unique adaptations allow the ambush predator to thrive in an environment that would kill most other organisms.
science