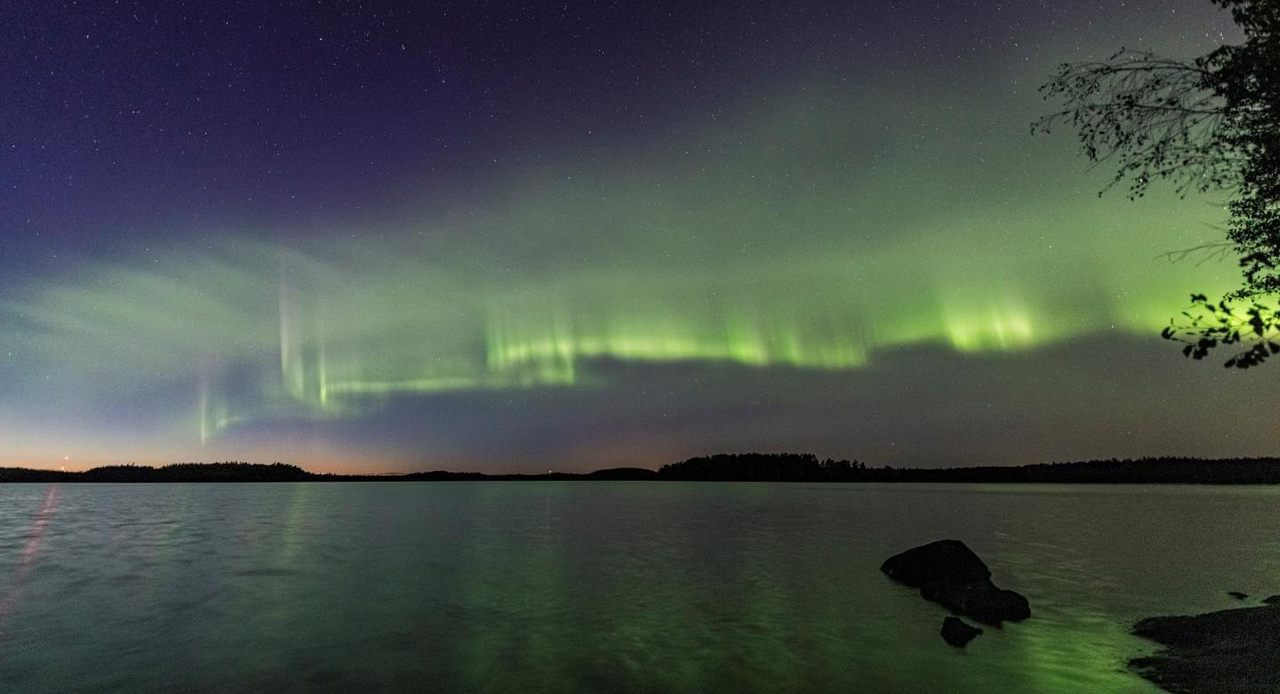 On October 5, 2018, Minna Palmroth published Revontulibongarin opas, a guide to help anyone spot and identify auroras in Finland’s skies. The book is exhaustive, and profiles 30 distinct kinds of auroras, with photos taken by members of a local Facebook group of enthusiasts of the polar atmospheric phenomenon. On October 7, just two days after the guide was published, the Facebook group pinged Palmroth with an update: They were pretty sure they’d discovered an entirely new aurora.

“It was funny timing, but an incredible coincidence,” says Palmroth, who is a computational space physicist at the University of Helsinki. As it turns out, the group was right. The new aurora, nicknamed “the dunes,” is described in a new paper in the journal AGU Advances.

It all started five years ago, when Palmroth received a message to join the Facebook group Revontulikyttääjät, or Auroral Stalkers. “They sent me this very polite invitation,” she says. “Could you please join our group and answer our questions about auroras?” Palmroth obliged. Several years in, she noticed the same types of questions popped up, about when and where to spot certain auroras. Palmroth compiled a list of all the different types of auroras known to science and posed a challenge to the group, most of whom are photographers: to photograph every aurora they saw. The images began piling up, at much higher resolution than the kinds of photos scientists had traditionally taken, and Palmroth compiled them into the book. She imagined it in the style of a birdwatching guide for non-scientists, all for spotting glowing waves (most commonly but not exclusively green) in the night sky.

“Auroras are like fingerprints,” Palmroth says, adding that the form, orientation, and motion of each allow scientists to identify them. The lights are conjured by the solar wind, or charged particles flowing out from the Sun. When they collide with Earth’s magnetic field and upper atmosphere, the brilliantly colored lights can result.

“If you see a specific form in the sky, you can deduce what is happening further out in space,” she says. Most of the aurora snapshots in the Facebook group were easily categorizable, except for a strange, recurring form that appeared as a greenish, even pattern of waves. Most auroras appear like a bright arc of light smeared across the sky, but these waves extended outward from the aurora in finger-like rays. The citizen scientists coined the new lights “dunes,” as they almost resemble sand dunes in a lime-green desert. Palmroth set these mystery lights aside for future consideration. On October 7, Palmroth was sitting on the couch when she got the message that they had appeared again. “I told them to go immediately and take pictures,” she says, though she decided to stay on the couch. “I’m no photographer. I leave that to the experts.”

The last-minute expedition—several members of the Facebook group—took many digital photos of the strange formations from Laitila and Ruovesi, two towns in Finland. It provided enough consecutive images of the aurora for Palmroth’s team of researchers to successfully determine that it was actually a new form of the phenomenon.

The researchers traced the auroral dunes to the mesosphere, approximately 50 to 75 miles up. This slice of the sky is incredibly difficult to study, as it occurs too close to Earth for spacecraft and too high for balloons and radar. “We call it the ‘ignorosphere,’” Palmroth says. Her team believes auroral dunes occur directly within this enigmatic zone, which makes them perhaps the most mysterious kind of aurora.

While most auroras seem to melt into the sky vertically, auroral dunes extend horizontally, an orientation never seen before. Palmroth believes the lights may be caused by mesospheric bores, a kind of atmospheric wave that is both rare and not well-studied—a suitably mysterious phenomenon for this part of the atmosphere. Palmroth likens the phenomenon to a tidal bore, a wave that occurs when the tide travels against the flow of a river. Mesospheric bores occur when an ascending atmospheric wave (often caused by a weather front or the airflow over mountains) becomes sandwiched and bent between two layers of the atmosphere. Once trapped, it propagates horizontally instead of vertically, and then becomes visible when bombarded by the solar wind from space.

Palmroth believes the dunes might represent a new link between space and the atmosphere, two regions largely treated as separate from one another. “There are only a handful of known interactions,” she says. But her team first needs to prove that their theory of dunes is correct, which will require measuring the phenomenon from directly above—with a spacecraft.

With this addition to the menagerie, according to Palmroth, all of the large, spectacular types of auroras have probably been identified and named, most decades ago. But she says she wouldn’t be surprised if new, smaller auroral forms are distinguished in the future as more and more citizen scientists with fancy cameras set out to capture the sky. “There is room for new discoveries in smaller-scale structures that can be depicted on a hobbyist camera,” she says. The Auroral Stalker Facebook group is open to anyone interested in discussing all things auroras—space weather, light forecasts, the best spots to view them and the right gear to bring. It’s the perfect place to learn more, but you’ll have to be able to read Finnish.

It's way cooler than an aurora.
science

Aurora Hunters Capture the Wonder of the Northern (and Southern) Lights

A curated collection of images shows why this natural phenomenon has fascinated and inspired humans for millennia.
photography

What looks like a ghostly blue hand creeping up on a spaceship is actually a special edition of one of nature’s greatest light shows.
astronomy

A Star Photographer On Chasing the Hidden Beauty of the Universe