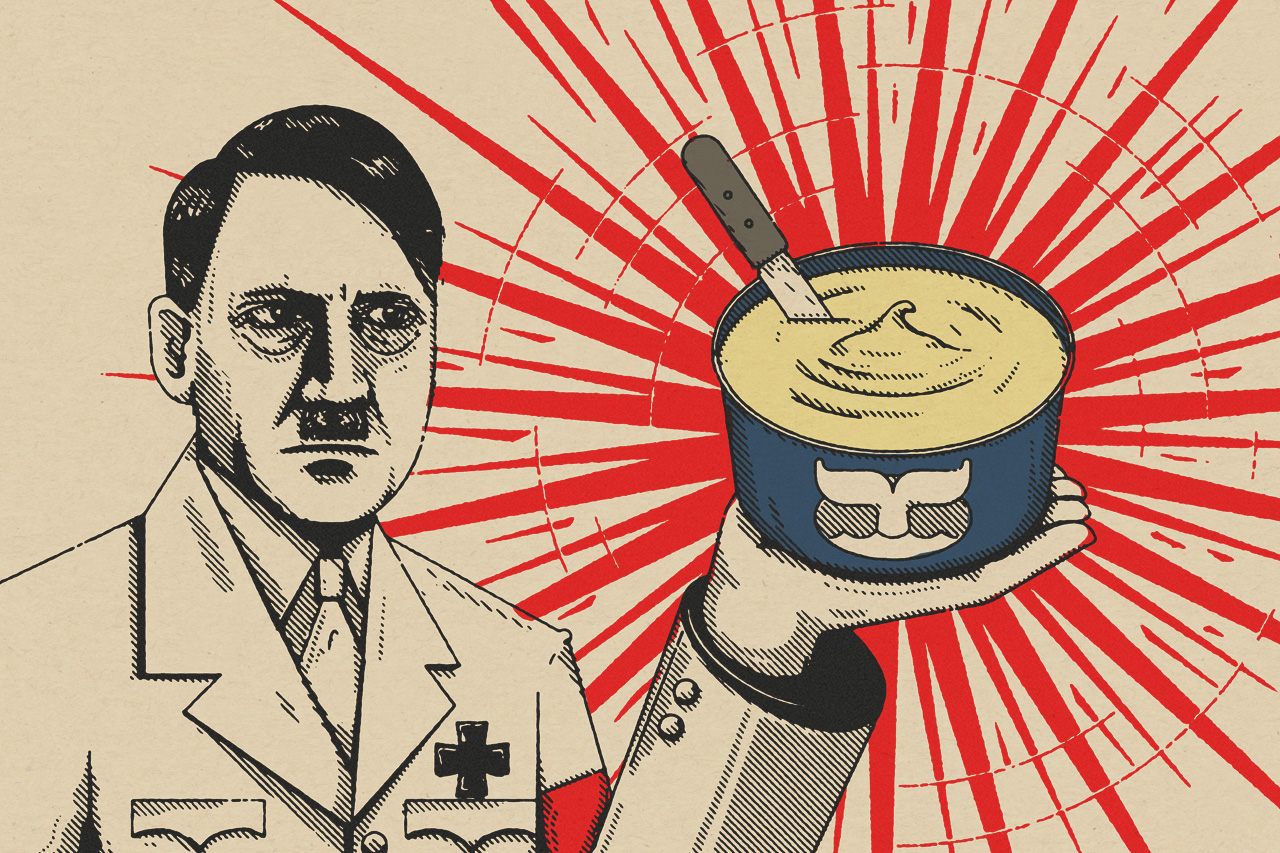 54 Articles
32 Places
When authoritarian leaders obsess over a particular food, it can change how a country eats and drinks for generations. This week, we’re looking at five cases of dictator food projects and what they reveal about the power of food. Previously: how Mao made China mad for mangoes and how Stalin created a champagne for the working class.

As a corporal in World War I, Adolf Hitler watched a British naval blockade strangle German supply lines, forcing his country into submission, defeat, and shame. As Führer in the years leading up to World War II, he planned to sidestep the mistakes of his predecessors. This time, Germany would have whales.

Hitler’s “Four Year Plan” in 1936 aimed to circumvent Nazi dependence on foreign supply lines altogether. He handed the tall order to Herman Göring, a high-ranking, flamboyant Nazi official with a reputation for partying. The goal was autarky, or complete military and economic self-sufficiency, by 1940. A sort of “hunkering down” for protracted, all-out war, the plan set specific targets for amassing stores of weapons, commodities, and, of course, food. “The final solution lies in extending … the sources of raw materials and foodstuffs,” Hitler wrote in a confidential memo, in which he also banned the distillation of potatoes into alcohol.

At the time, margarine was central to German kitchens. Replacing cow’s milk with leftover animal fat made the still-spreadable answer to butter a favorite among working-class families. The French invention never caught on in France, but Northern Europeans took a liking to it, and Germans in particular. By 1930, they consumed 17.5 pounds per person annually.

It was also around this time that manufacturers discovered an even cheaper way to produce margarine: with whale fat. The advent of kerosene created a surplus of whale oil, which was previously used as lighting fuel, leading to a massive buy up at low-cost. In 1929, the two companies that would later merge to form Unilever—Margarine Unie, a Dutch company, and Lever Brothers, a British firm—successfully incorporated their vast stores of whale oil into widely popularized margarine products.

Whale fat was also widely used to wage war. Liquified blubber served as a handy machine lubricant and proved useful in manufacturing the nitroglycerine needed for explosives. In fact, Britain declared it a “national defense” commodity in 1938. Crucial to kitchens and battlefields alike, Germany and Britain that year purchased 83% of the world’s whale harvest between them. Many of those whales came from Norwegian whaling, which led the world in whale harvests by hunting along an unclaimed Antarctic coastline, today called Queen Maud Land.

German Councillor of State Helmut Wohlthat saw two birds and one stone. He pitched Göring on an ambitious expedition: If they could spoil Norway’s claim to Queen Maud Land, they’d win access to resource-rich waters that spelled margarine and explosives. Without much to show two years into the Four Year Plan, Göring approved. In May of 1938, planning began for the German Antarctic Expedition.

With alliances signed between Italy, Japan, and Germany against the Soviet Union, the covert Nazi mission to secure Antarctic territory and whales embarked on the eve of war in December, 1938. The hodgepodge crew of soldiers, scientists, and whalers led by Captain Alfred Ritscher sailed on a retrofitted freighter made to catapult two 10-ton seaplanes borrowed from Lufthansa airlines. The men were selected based on polar experience rather than military standing, as the mission was largely surveillance-based. One Nazi official was on board to oversee an adherence to party standards, notably mandating a listening party during Hitler’s Christmas speech. The ship was named Schwabenland, named after the Swabia region of Bavaria, and the land they set out to claim would be called Neu-Schwabenland, or “New Swabia.”

In some respects, the mission was over before it began. On January 14, 1939, Norway made their claim over Queen Maud Land official by royal proclamation, just as the covert German fleet was reaching the Antarctic circle. Nevertheless, Nazi seaplanes covered 10,000 miles of previously unexplored Antarctic land, dropping four-and-a-half foot darts inscribed with swastikas along their path that plunged deep into the Antarctic ice. These were meant to claim “New Swabia” for Germany.

While they increased the known size of Antarctica by 16 percent and discovered new mountain ranges, a lack of proper ground control made accurate mapping all but impossible. While some old German maps refer to the land around Queen Maud Land as New Swabia, no other country ever recognized the claim.

The sole benefit of the expedition for Nazi Germany may have been the knowledge Göring requested about the functioning of airplanes at low temperatures. The information proved useful during the subsequent invasion of the Soviet Union. Just not useful enough.

And helped launch a corporation now worth more than $40 billion.
tunnels

The tunnels under Okinawa's Shuri Castle should be preserved as a reminder of the costs of war, advocates say.
food

One of Bengal’s greatest tragedies is overlooked in the West. It’s missing from cookbooks and food writing, too.
Video • Gastro Obscura

The Bar at Vernadsky Research Base