Life in Kyrgyzstan, 26 Years After the Collapse of the Soviet Union - Atlas Obscura
Want to see fewer ads? Become a Member. 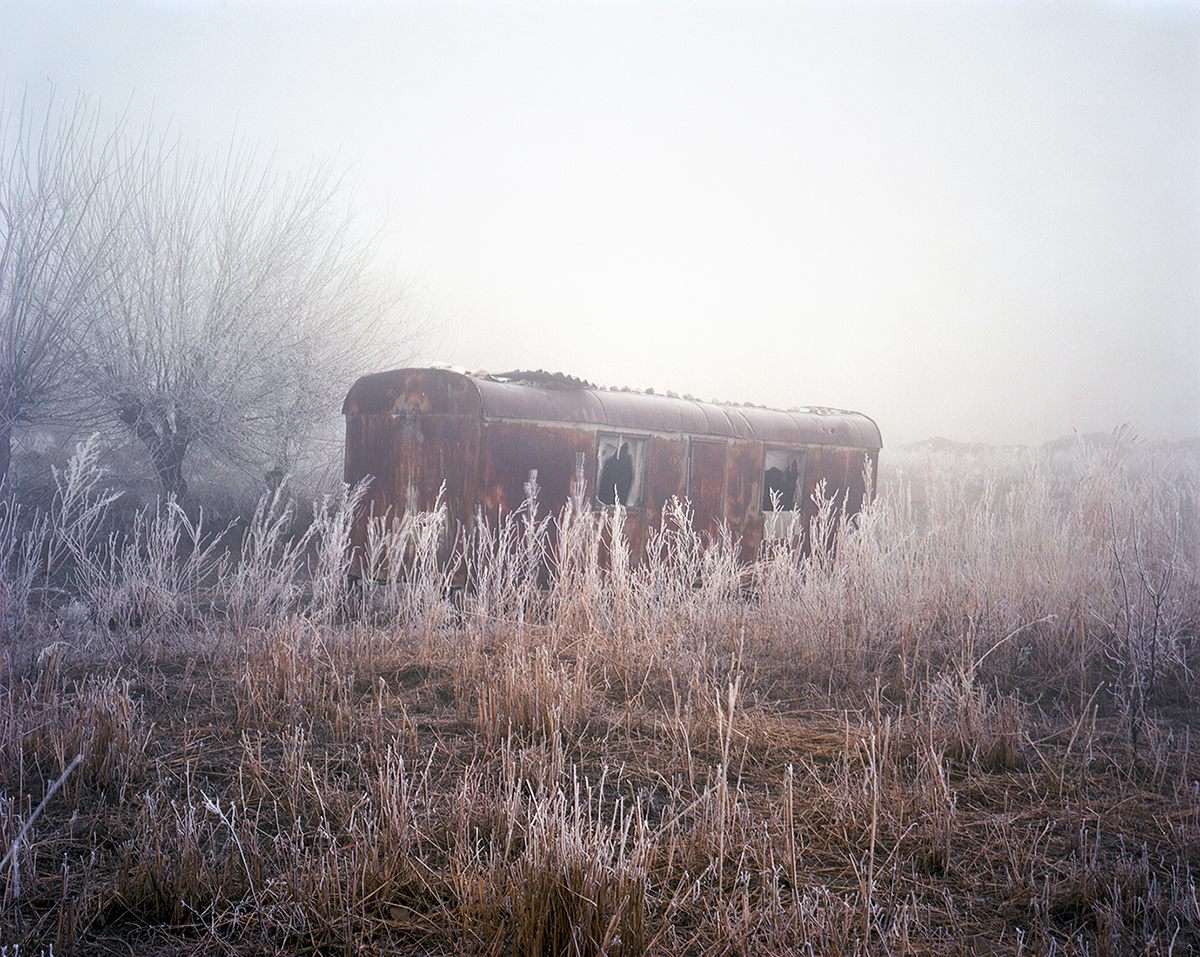 An abandoned trailer in the frost of Mailuu Suu.
In This Story
Destination Guide

French photographer Elliott Verdier knew very little about Kyrgyzstan when he arrived in Bishkek, the capital, in June 2016. As the sun rose over the city, he observed for the first time the pink morning light and the distant mountains. By the following February, he had traveled the country and photographed its people and places to create his photo series A Shaded Path.

Kyrgyzstan’s ancient landscape was once part of the Silk Road, and for the majority of the 20th century, it was part of the USSR’s sprawling Central Asian empire. It shares borders with other former Soviet states—Kazakhstan, Uzbekistan, Taijikistan—as well as China. On August 31, 1991, as the Soviet Union collapsed, Kyrgyzstan declared its independence.

“The fall of the USSR redistributed the cards of economics, politics, and ethnic issues over Central Asia,” says Verdier, in an email interview. “The Kyrgyz Republic unites under one constitution many minorities and struggles to form a proper national identity.” In 2010, violence broke out between the Kyrgyz people and the minority Uzbek population, and there are ongoing concerns about the country’s record on human rights. Politically, says Verdier, Kyrgyzstan is “still unstable and lives under the shadow of corruption and dictatorship. If I remember, they had more than 20 prime ministers in 25 years and two revolutions.” There have been 19, excluding Acting Prime Ministers, of whom there have been nine more. The most recent Prime Minister, 40-year-old Sapar Isakov, was appointed on August 26, 2017. At press time, his Wikipedia entry is just two lines long.

The economic fallout of independence was significant. “The economy collapsed with USSR, as almost all of its exports were for the Soviet Union, and many industrial cities, such as Balykchy, fell into disuse.” Verdier recounted meeting an admiral who had worked in freight transport on Issyk-Kul Lake. He showed Verdier the abandoned port in Balykchy. “He looked so passionate about it, still living in it past glory,” remembers the photographer. “After a few vodka shots, Ukrainian songs, and thankful speeches, we finally did the portrait.”

One of the things Verdier noticed among the older residents is nostalgia for what the country was. “The USSR was powerful and Kyrgyzstan was part of this power,” he says. But he also noticed something else: “The generational disparities between those nostalgic for an abolished USSR order, and modern, Westernized youths born after the fall.” The young people he met were motivated, ambitious, dynamic. “I feel like they’re dragging this older generation that is hard to move from old habits, and this is why transition is so slow.”

Verdier met fashion design students, hunters, fishermen. At Min Kush, in the center of the country, he photographed a coal miner. They walked together across a freezing landscape to reach the mine, where the shooting conditions continued to be a challenge. “It took time,” recalls Verdier, but he “never moved or lost patience, he was truly glad and thankful he could testify of his way of living.”

“Photography undoubtedly connects people, so when they accepted … they were naturally sharing their story.” He also found that his large-format camera created a different mood. “They naturally pose for posterity.”

Atlas Obscura has a selection of images from Verdier’s project.

Remnants of communist leisure in the shadow of war.
soviet history

30,000 Hidden Images Reveal the World of a Soviet-Era Photographer

The secret trove of film and negatives, stashed in a Russian attic.
Video

5:25
Want to see fewer ads? Become a Member.
From Around the Web
Atlas Obscura Trips
Silk Road Cities of Central Asia
View This Trip
Thanks for sharing!