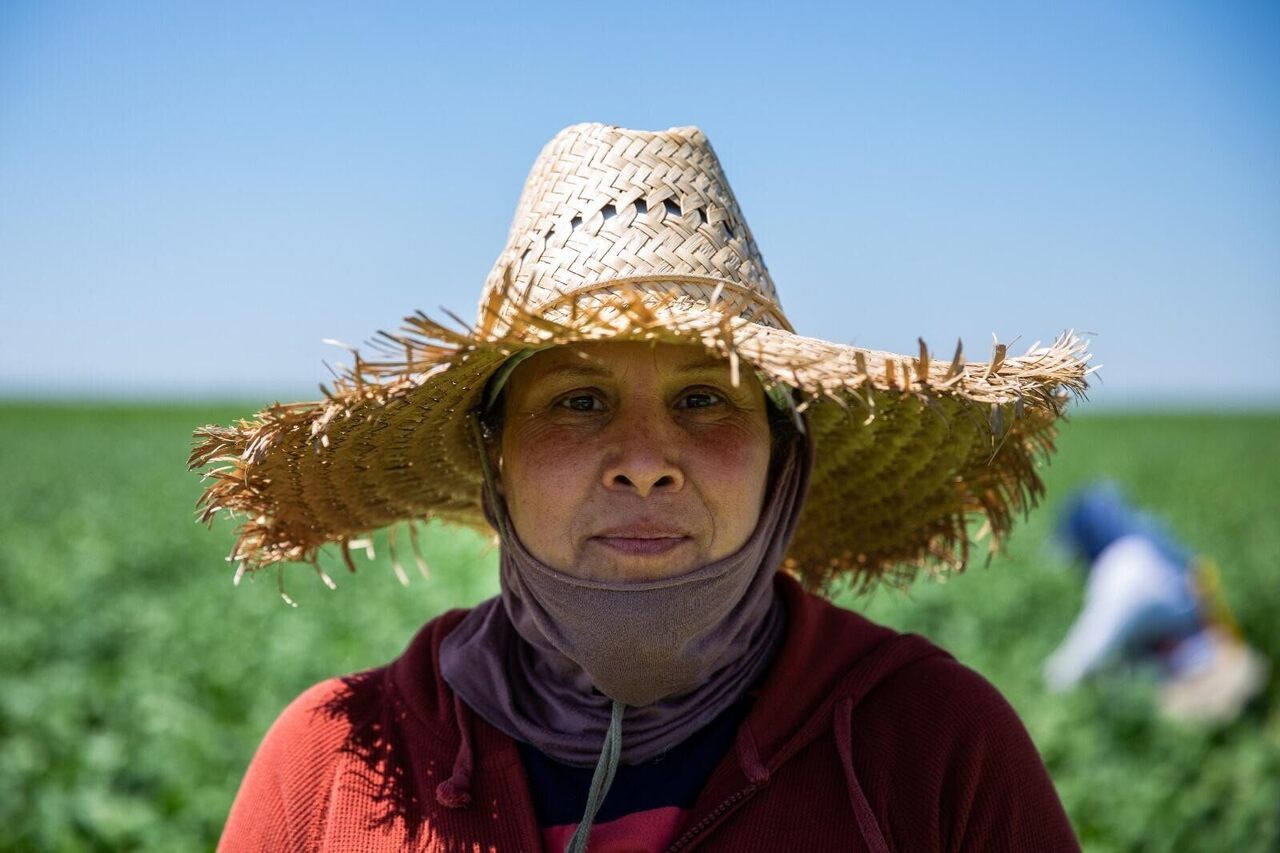 Agricultural workers have been classified as "essential," but most labor for extremely low wages. Courtesy of United Farm Workers

As we sit down to enjoy Thanksgiving dinner, whether around a table or with loved ones online, most of us won’t pause to wonder where those favorite family dishes come from. Yet each stalk of celery in your stuffing, each roasted turnip in grandma’s dutch oven, and every apple in your uncle’s famous pie connects us to the time, place, and climate where they grew—and to the people who harvested them.

Your average grocery store customer may know that Brussels sprouts are good for them, but “They have no idea what a Brussels sprout looks like when it’s growing,” says Elizabeth Strater, Director of Alternative Organizing for United Farm Workers. To address this gap, Strater posed a question to UFW’s Twitter followers: “Tell us your favorite Thanksgiving dish, and we’ll share some of what we know about the work behind the ingredients.”

Yet the images don’t just reveal the immense skill most of us take for granted: They also reveal the often dangerous conditions, and lack of compensation, that agricultural workers endure. Most farm workers are paid by piece rather than hourly, a few cents a bundle, meaning they need to pick quickly, in physically grueling conditions, to make above minimum wage. Almost a third of farm workers live in poverty, often in cramped, impermanent housing, with no ability to work from home. This has left agricultural workers particularly vulnerable to COVID-19 infection.

“This has just been a brutal, brutal summer to be a farm worker,” says Strater. “We’ve heard so much about how their work is so essential—no matter what the cost you’ve got to keep it open, keep production running. But few people are thinking about the human cost.”

At one point earlier this year, following a particularly devastating outbreak, Strater found herself on the front lines. “It became my job to engage with the county coroner, and explain to these workers’ families why they weren’t even going to get their dads’ bodies back,” she says.

And then in late summer, when things seemed they couldn’t get worse, wildfires broke out on the West Coast. The fields were filled with a thick, dangerous coat of smoke. “There were farm workers working in the fields while their homes were burning,” Strater says.

In the midst of this devastation, Strater sees the advocacy of her fellow workers and activists as the biggest source of light. “Everyone who has been working in that community has been feeling really privileged to know these people,” she says. She hopes the public will see these images and not only be grateful for farm workers’ skill, but join them in advocating for just working conditions and living wages.

Here is a glimpse of some of the people behind the food on your Thanksgiving table. All videos and photos are courtesy of United Farm Workers.

If your stuffing recipe includes celery and parsley, you likely have workers in California and Arizona to thank. Most workers are paid piece rate, meaning that harvest speed and skill must be maximized to earn a living wage and avoid injury.

California accounts for 80 percent of the U.S.’s celery supply. Here, workers cooperate to harvest, process, and stack the long stalks in a few deft movements. According to Strater, celery juice can irritate exposed skin, so workers must completely cover themselves during the harvest—a difficult prospect in the harsh California heat.

According to Strater, parley harvesting pays around $1.90 for a crate of 60 to 65 bundles. “The skill of the worker here is astonishing,” she wrote in a Tweet.

We typically hear descriptions of agricultural work as “unskilled.” This, says Strater, is misleading: It takes immense skill to pull up rows of root vegetables and slash through Brussels sprouts’ woody stems. “At the end of the day, a skill is valued alongside the class view of that work,” Strater says.

Piece rate for turnips is around $1.50 for every two buckets. The worker featured below, Charlie, can harvest up to 26 buckets in an hour, making him the fastest in his crew.

While spending hours hunched over rows of produce, workers must balance the financial need to harvest quickly with safety considerations. “There’s a line to walk between celebrating the skill without glossing out the harsh realities involved,” says Strater.

To cut through Brussels sprouts’ tough, woody stems, workers must wield a knife with incredible dexterity.

The United States gave rise to an incredible diversity of regional apple cultivars. Today, however, just a handful of high-yield hybrid varieties dominate American supermarket shelves. Workers climbing ladders to reach all the fruit engage in a literal balancing act between safety and profit.

Zooming in on the Microbiome of Some da Vinci Masterpieces

Trashed in the U.S., hop shoots are treasure in parts of Europe.
farms

Kalimullah Khan was inspired by a crossbred rose bush.
farms

From biscuits to cherry pie, these award-winning dishes tell family stories dating back to the 1800s.
farms

A UNESCO site that doubles as a working farm represents a shift in conservation.
Video • Wonder From Home