Largest magic museum in the United States with more than half a million pieces of memorabilia. 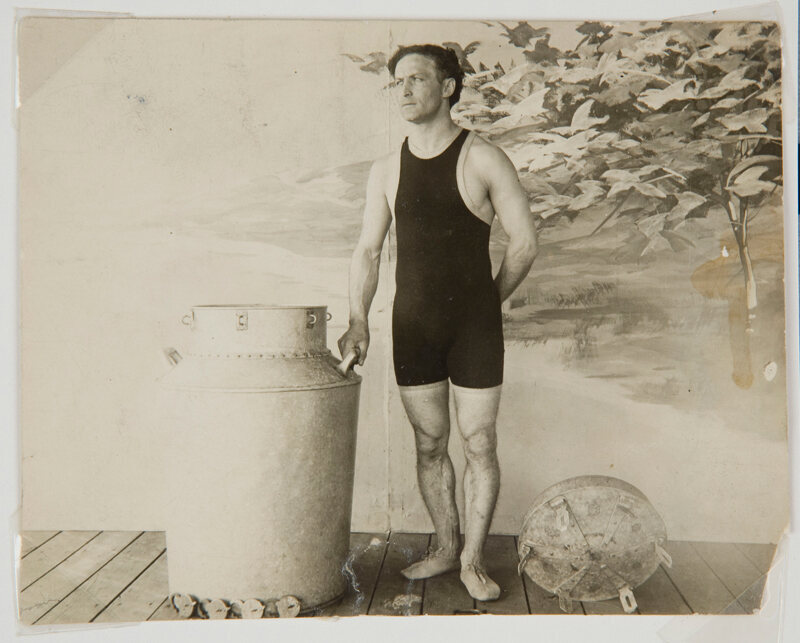 Houdini with his milk can in 1908. (photograph by Bill Orcutt, courtesy of Fantasma Magic Shop/Madison Museum of Contemporary Art)

The American Museum of Magic in Michigan celebrated the opening of its 35th season earlier this month with the return of one of its most prized objects: the milk can of Harry Houdini. The old metal jug had been on tour with the traveling Houdini: Art and Magic exhibition. It was famously used by the magician in the Milk Can Escape which he first performed in 1901. After being handcuffed, he was closed inside the milk can that had been dramatically filled over the brim with pail after pail of water. After a curtain was drawn, with the audience attempting to hold its breath along with him, he would make his escape. 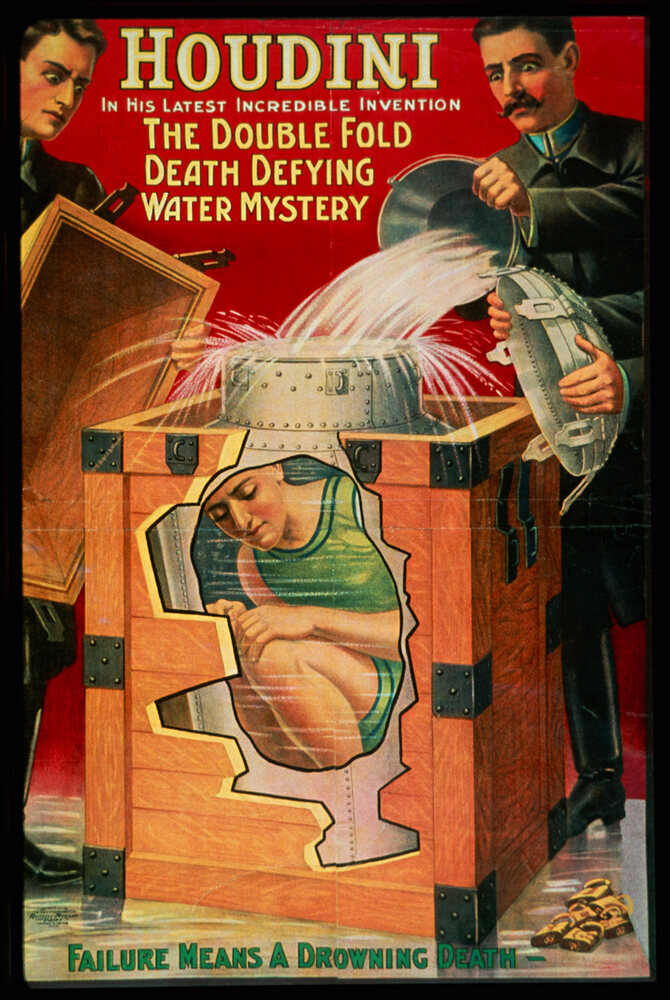 The promotional posters for the Milk Can Escape had the ominous tagline: “Failure Means a Drowning Death.” Of course, he never failed  to escape, his fate ending up with some well-placed punches that damaged his appendix, and ultimately led to his death after a performance at the Garrick Theater in Detroit, not too far from the American Museum of Magic. While how he escaped this watery tomb each night of his performance remained a mystery during his life, a few years after his death Walter Gibson published a book purportedly based on Houdini’s own notes and drawings. The top of the milk can, while nearly impossible to remove from the outside, was actually quite easy to push out from the inside, and Houdini had only to place it back on the milk can securely for it to pass inspection once he’d walked out, wet, but free, to face the cheering crowd. 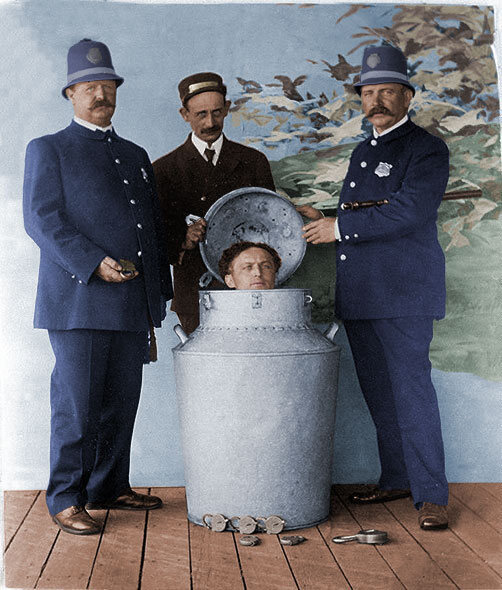 After being stored and unused, the milk can fell into disrepair, but a Michigan magician named John Sherwood restored the milk can with another magician, Phil Hagerty, according to the American Museum of Magic. Through Sherwood, who performed with the milk can in 1994 and 1998, the magic of this Houdini artifact yet again escaped an end that seemed certain, and now returned to its permanent display at the American Museum of Magic it can continue to evoke the memory of the legendary escape artist’s intrepid experiments with escape.

THE MILK CAN ESCAPE: AMERICAN MUSEUM OF MAGIC, Marshall, Michigan

In the Footsteps of the 1906 San Francisco Earthquake

In 1926, Houdini Spent 4 Days Shaming Congress for Being in Thrall to Fortune-Tellers

The congressional hearings on the supernatural were very theatrical.
magic

Beyond the Bonds of Death: Four Places to Find Houdini's Legend Still Living in NYC

The contents included glowing gloves, a spirit lamp, two skeleton bodysuits, and a ghost with "ectoplasm."
Read more
Thanks for sharing!