How Does an Archaeologist Keep Heritage Sites Safe From Wildfires? - Atlas Obscura
Want to see fewer ads? Become a Member. 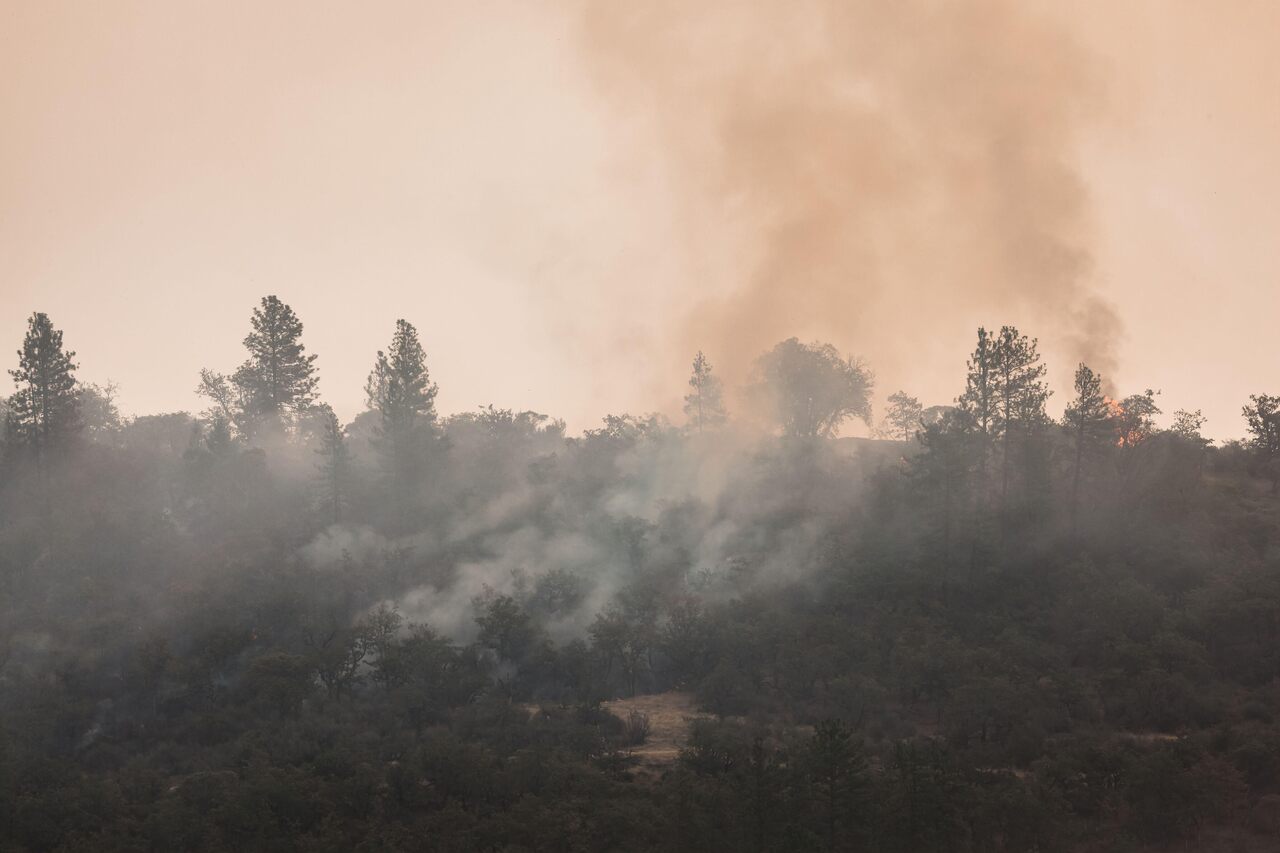 By the time the recent spate of wildfires began scorching Oregon and fouling the air with smoke, Kassandra Rippee, like most of us, already had a lot of practice wearing masks. Through the COVID-19 pandemic, she has worn one whenever she leaves the house. Now, as fires continue to cough smoke across America’s West Coast, those cloth masks just don’t seem to cut it. The air is sometimes so thick that wandering around feels like being in white-out conditions, she says. At home, Rippee is making do with a box fan with a filter taped to the back. And without a full-on respirator, she’s trying to stay indoors as much as possible.

But she can’t always swing that. A tribal historic preservation officer for the Coquille Indian Tribe, Rippee is a steward of hundreds of sites on public land, private property, and tribal land across five counties in southwest Oregon. When fires and pandemics aren’t raging, she records new sites, addresses inadvertent discoveries by wanderers or construction workers, and chats with students or the general public at events in parks and libraries. As blazes and smoke spread across the region, though, she has another task, to visit cultural resource sites to figure out how to keep them safe.

Atlas Obscura talked to Rippee about triage, foam, and more.

How do you find out about wildfires that might threaten heritage sites?

I monitor our local social media. That’s where we get a lot of first notices. They’ll say, “I think there’s smoke, there’s fire out in this area.” And that can prompt us to look and say, “Has this been reported?” That’s a good way for us to keep an eye on new and existing fires. The Forest Service and the local fire communities have started using social media to get information out and keep people updated, and that’s been really helpful for tracking. I also use random folks on Facebook or Twitter to say, “Oh, I didn’t hear about that fire. Let me see if that’s something I need to worry about.” Most of the time it doesn’t pan out, but it doesn’t hurt to check and say, “Did we miss something?”

What are some of the factors that determine how you might have to react to a fire?

How fast is it spreading? How big is it? How hot is it? If we have the resources to prevent the spread of the fire to [a cultural site], we’re going to do that. That might include making a dozer line, which is using a bulldozer or other big equipment, or even hand tools, to create a firebreak—a line of space so there’s no vegetation between where the fire is burning and where you don’t want it to burn. It creates a place where the fire stops. Usually the line doesn’t go terribly deep. One of the misconceptions is that, “Oh, well, you know, a couple inches won’t disturb anything.” But cultural resources can be right there at the surface.

If the fire is spreading too fast or too hot, or is already over that spot, then you’re going to try to plan for how to protect it in advance, or plan to mitigate. It’s also going to depend on what kind of site it is.

When it seems like a fire is going to encroach on a cultural area, what’s the first thing you do?

The U.S. Forest Service, Bureau of Land Management, fire departments—they all use the same FEMA incident command system. In Oregon, jurisdiction for archaeological sites breaks down to the State Historic Preservation Office on public and private lands. I consult on sites that are not on tribal lands, but I don’t have authority over them. I would get a call from an incident commander, and we talk through where the fire is burning and how close it is to known resources. We start triaging those sites based on site type, location, proximity to fire—just trying to identify what we can avoid.

I would get all of my data about that site location. I take my maps, and sit down and say, “Let’s try to not put a firebreak here. Maybe we can either move it back 100 feet, or move it forward just 200 feet? Can we avoid this little pocket?” I have worked one fire this season so far. It started at about 11:00 a.m., and I was on site by noon. The fires I’ve been monitoring have fortunately avoided archaeological resources. The two that are in our immediate area have caused no significant damage to property, either. We were very lucky in that our local firefighters were able to get them out when and how they did.

With a lithic scatter, stone material spread across the ground, you’re going to try to avoid ground disturbance—so don’t put a dozer line through a scatter. With a historic house or building, one of the methods that we try to employ is to wrap shiny, silver foil material around the structure to try to protect it. We also use foam or gel, suppressive materials that can be dropped from airplanes or helicopters. But if you’re dealing with a shell midden, which is exposed on the surface, that gel or that foam could then potentially weaken it or cause some other disturbance. If a site is exposed, you may try to avoid heavy water pressure, which can cause erosion. Sometimes the fire suppression activity is more damaging than the fire, so we try to weigh the different effects.

Is it possible to move some sites?

That’s easier to do with structures and things than it is with archaeological resources. In the state of Oregon, to do any site removal or excavation, you have to have a state permit, consultation with the tribes, museums, and a whole host of other individuals. You’d have to excavate the site. That is not something that you can just turn around immediately; it’s not a fast process. Archaeologically speaking, it’s not really feasible in this area to do that kind of work.

What’s hardest about this work?

Some of our more difficult challenges are accessing properties after a fire has burned. We go back after everything’s cool and clear, ideally, to see if the fire or fire-suppression activities have exposed any new sites that have not been previously documented, or if they have damaged materials that we didn’t see while the work was happening. The challenge sometimes can be landowner permission. We just try to make sure that it’s clear to everybody that the state, the tribes, the federal government, we can’t take anybody’s private land. People are often worried that if they find archaeological resources on their property, there may be some way that somebody could take that property from them. That’s not the case at all.

Archaeologists in New Mexico are studying past wildfires through tree rings and pottery sherds.
forests

As wildfires rage across the West, an old job feels more critical than ever.
disasters

Noah Berger is in his element amid smoke and flames.
Video • Wonder From Home

1:44
Want to see fewer ads? Become a Member.
From Around the Web
Travel With Atlas Obscura
Are you a curious traveler?
Join local experts in 50+ destinations for a once-in-a-lifetime journey.
View Our Trips
Thanks for sharing!