How Wisconsin Became the Center of the ‘Brandy Belt' - Gastro Obscura
Want to see fewer ads? Become a Member. 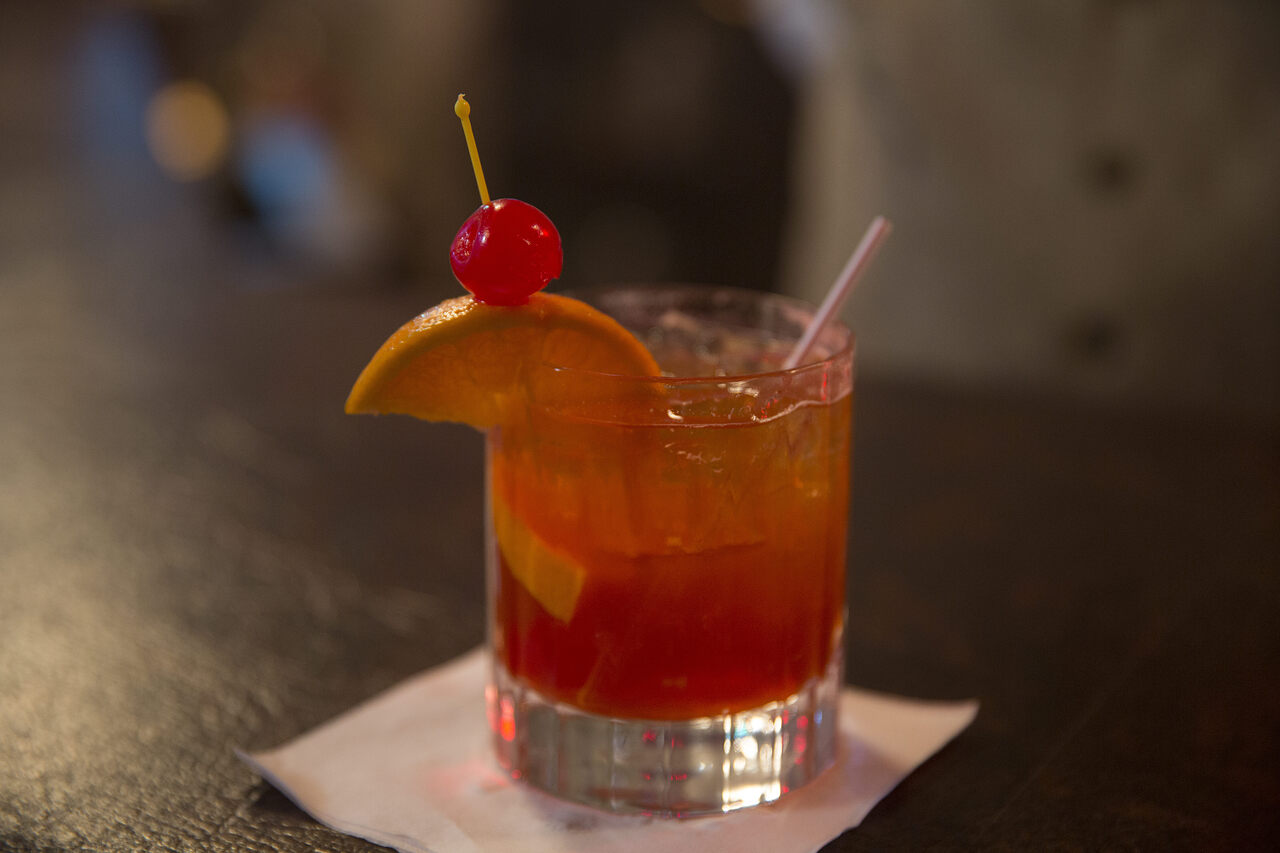 An Old Fashioned (typically made with brandy in Wisconsin) at Buckhorn Supper Club. Courtesy of Travel Wisconsin
In This Story
Destination Guide

Most of the world drinks brandy—if they drink it at all—as an after-dinner digestif, and in most of the United States, its popularity is limited. But Wisconsinites love the stuff. We use it instead of whiskey or gin in classic cocktails such as the Old Fashioned, Manhattans, and martinis. We freeze it and mix it with sweet tea and juice to make Wisconsin’s version of sangria, the Brandy Slush, and blend it with ice cream and crème de cacao to make a Brandy Alexander, which in Wisconsin is an ice-cream drink.

The state drinks so much brandy that Korbel claims that Wisconsin consumes more than half of all Korbel brandy cases sold each year. And Korbel is not a local company—it’s a California winery making brandy from grapes grown in California.

For most spirits, such as vodka and gin, their popularity does not vary much by state. But distributors consider Wisconsin the center of the “brandy belt,” which stretches into Minnesota and Michigan’s Upper Peninsula. “Everyone wants brandy. Everyone asks for brandy,” says Ross Salchow of Great Lakes Distillery in Milwaukee. “They’re always eager to try anything brandy.” A preference for brandy is a telltale sign one is from the Upper Midwest.

According to Jeanette Hurt, Wisconsinites used to drink old fashioneds with whiskey, just like everybody else. But sometime between the 1890s and 1960s, she discovered, while conducting research for her book Wisconsin Cocktails, bartenders started replacing whiskey with brandy, a change that has endured to this day.

For years, local bartenders and journalists have traced brandy’s popularity back to the World’s Columbian Exposition in 1893, also known as the Chicago World’s Fair. Thousands and thousands of Wisconsinites traveled by train to the fair, sampled the Bohemian-born Korbel brothers’ brandy, which was exhibited at the event, and returned home with a thirst for this distilled spirit.

Although a quaint and convenient explanation for Wisconsin’s brandy obsession, Hurt was unable to verify that the World’s Fair kicked off the state’s love affair with brandy. She concluded that the story Wisconsinites have been telling themselves for years about this beloved quirk was downright wrong.

While scouring 175 years of state and national newspapers for any mention of brandy and Wisconsin, Hurt found a curious story published on February 2, 1945, in the “Whamdoodles” (funny news) section of the Milwaukee Journal. “A state liquor monopoly in the midwest finds itself with enough brandy onhand to float a battleship,” it read, “which would be an exhilarating experience for the barnacles.” Intrigued, she searched for more brandy news from that period.

The 1940s were rough for bartenders in cocktail-obsessed Wisconsin. Both Prohibition and World War II had only recently ended, and it was hard to get good liquor. Distillers would voluntarily shut down to ship grain to feed Europe, says Hurt, so distributors bought whatever spirits they could get, no matter how lousy.

To explain Wisconsin’s considerable brandy consumption, other reporters have pointed to the state’s long winters and its large German population (many Germans enjoy brandy as an after-dinner drink, making it from fermented apples, plums, and cherries as well as grapes). But other states with large German populations don’t drink as much brandy as Wisconsin, and Wisconsinites drink plenty of brandy in the summer months too.

Instead, Hurt believes that this serendipitous event led to Wisconsin’s preference for brandy. Once Wisconsin was drinking large amounts of brandy, brandy makers started marketing heavily in the state. According to Hurt, Korbel led a particularly successful ad campaign that went something like “for a nickel more you get all this quality.” Thrift being a state trait, Wisconsinites bought it up, and Korbel remains one of the most popular brandies in Wisconsin. “Using Korbel is important if you want to drink authentically,” writes Robert Simonson of a Wisconsin Old Fashioned in The Old-Fashioned: The Story of the World’s First Classic Cocktail, with Recipes and Lore.

Over time, brandy makers established a stronghold in the state, and the spirit found its way into many of the state’s signature drinks. In another state, residents’ preference for brandy may have faded. But Wisconsin cocktail culture is unique.

In most of the country, liquors and cocktails go in and out of fashion, with whiskey trending one decade, only to be displaced by vodka the next. But that doesn’t seem to be the case in Wisconsin, says Hurt. “Once we like a cocktail, it doesn’t leave.”

A major reason why is Wisconsin’s love of supper clubs: country roadhouses born during Prohibition. But what started as remote places to clandestinely drink turned into beloved establishments, timeless restaurants defined by big meals, rounds of cocktails, and menus that rarely change.

Wisconsinites also tend to have a no-nonsense approach to life, which extends to sticking with what works, cocktail traditions included. It may seem stubborn, but to us, it’s a long-standing commitment to the state’s traditions. We’re not swayed by trends. We don’t really care how anyone else drinks. And we’re not looking to change anytime soon.

GLASS: rocks or old fashioned
GARNISH: orange wedge and cherry on a toothpick

Place the sugar cube in the bottom of your old fashioned glass (also called a short tumbler or lowball or rocks glass). Dash the bitters on top of the cube or cubes. Then add the orange wedge and cherry, and brandy, muddling the mix together until it becomes a slushy, grainy mix—about five or six good crushes with a muddler should do it. And it’s important not to muddle just the fruity part of the orange slice— muddling the peel will release its oils and add aromatics to the drink. Add ice and top with lemon-lime soda, sour soda, and/or seltzer. For an Old Fashioned sweet, use lemon-lime soda.

Feast on This Guide to Modern Māori Cooking

The Lucrative Business of Prescribing Booze During Prohibition

Those looking to self-medicate could score at the doctor's office.
holidays

The Tom and Jerry is a Christmas staple.
food

Boilo is a favorite across coal country.
Video • PinDrop

How to Make Ice-Cream Cocktails Like a True Wisconsinite

Turn your home into a supper club with these 6 recipes.
Read more
Thanks for sharing!