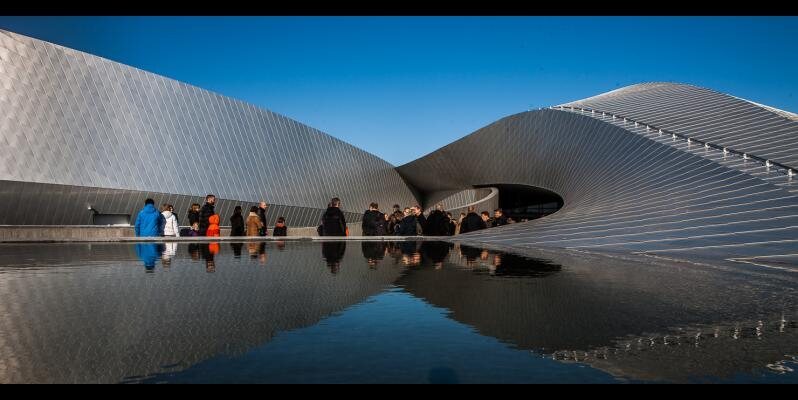 Shaped like a vortex and containing some 20,000 fish and ocean creatures in its whirlpool-like architecture, the Blue Planet aquarium opening this week in Copenhagen is one of the biggest aquariums in the world and definitely a contender for the most futuristic. Ambient music plays in the background while visitors roam 53 tanks embedded in wide hallways that waver in blue to simulate the feeling of being underwater. Yet wild as it is with its metallic tentacles filled with hammerhead sharks, sea lions, and the largest school of piranhas in Europe, its roots go back to a more modest aquarium that struggled through some choppy currents to get to its present stunning structure.

Denmark’s Aquarium debuted its aquatic wonders in 1939, which unfortunately coincided with the outbreak of World War II, limiting their ability to import fish. Yet even with that disruption of the continent, the museum had its problems. One was that it lacked proper ventilation and visitors would sometimes pass out in the suffocating air. In 1944, just a few years after opening, a strike resulted in the power going out at the aquarium and staff had to use pedal power to keep oxygen going into the tanks.

Yet the aquarium continued on, expanding through the 1970s and 80s until it could expand no more. The old museum closed in 2012 and the new, sleek Blue Planet designed by architecture firm 3XN houses 3,000 of the animals from the original museum. Likely no pedal power will ever be needed to keep this aquarium afloat, which is kept cool with a constant flow of seawater in a sustainability-minded system, so no one should pass out either.

Below are more images courtesy of the Blue Planet: 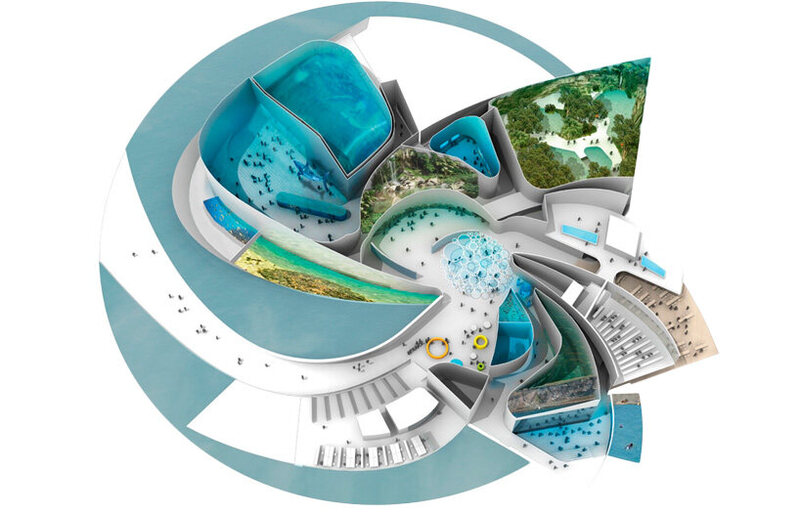 Design for the Blue Planet 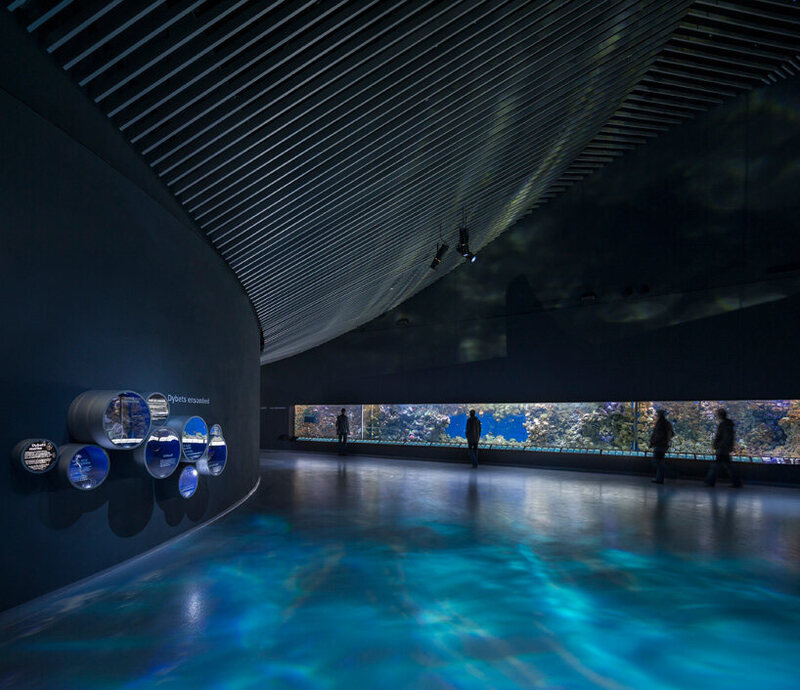 Inside the Blue Planet 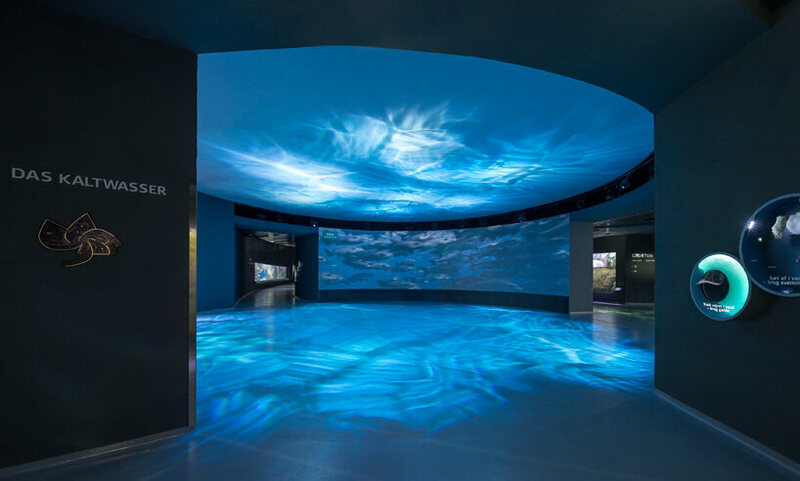 Lobby of the Blue Planet