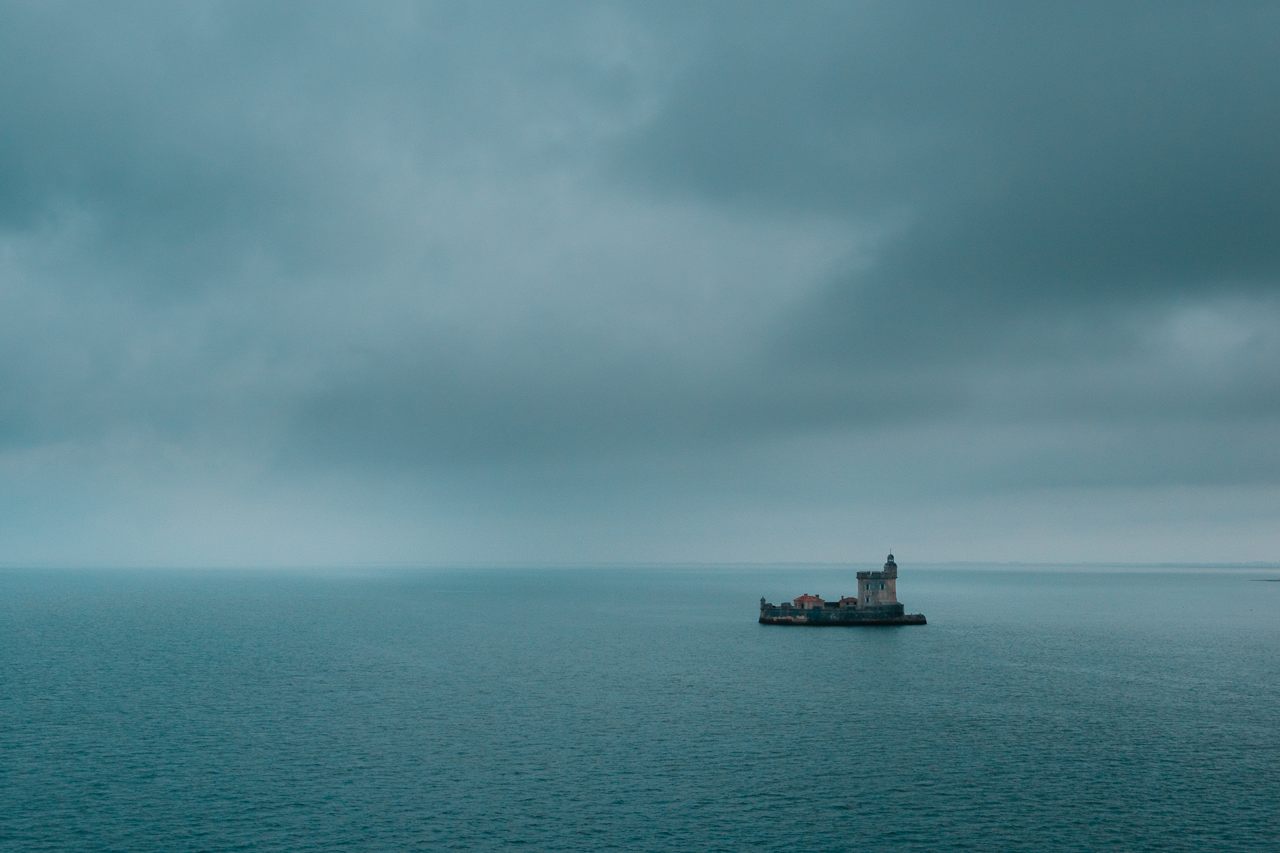 This foolish Victorian sea fort was converted to a deluxe hotel.
Place

A castle-like sea fort from the 17th century is now a museum to oyster farming.
Place

A man-made island fort that has housed soldiers, scientists, and ravers.

These islands are fortresses. Whether built up to consume tiny landforms or constructed on manmade foundations, sea forts are outposts of military might now left stranded in the seas. With accessibility reliant on the tides or boats, some sea forts are abandoned after they become obsolete, others take on second lives as hotels, bird nesting sites, or even game show sets. Here are some strongholds for if you ever want to get away for some impenetrable solitude.

Built: 1943
Purpose: Anti-aircraft defense
Current Use: After a post-military career in pirate radio and employment as search lights, they were abandoned.

Built: 1838–45
Purpose: Fortify the Gulf of Finland
Current Use: After serving as a research center for the plague and rave party site in the 1990s, it is now open to tours

Built: 1867-1880
Purpose: Protect Portsmouth
Current Use: Served as a high end private hotel, closed for health reasons, now under new owners who intend to reopen it as a hotel

Built: 1854–56
Purpose: Protection from the British
Current Use: Was an anti-aircraft site in WWII, now is ruins and a Common Tern breeding ground

Built: 1841–57
Purpose: Protection from foreigners after the appearance of American warships
Current Use: Tourist site

Built: 1867–80
Purpose: Protect Portsmouth
Current Use: Privately owned, although people walk there during the few hours of low tide in the summer

This article was updated on November 27, 2018, with new images and minor edits.

For Sale: An Abandoned, Decaying Fort on a Private Island

1:38
Want to see fewer ads? Become a Member.
From Around the Web
THE GASTRO OBSCURA BOOK
Taste the World!
An eye-opening journey through the history, culture, and places of the culinary world. Order Now