Two Tiny Monkeys Are Critical to Restoring the Amazon, With Their Poop - Atlas Obscura
Want to see fewer ads? Become a Member. 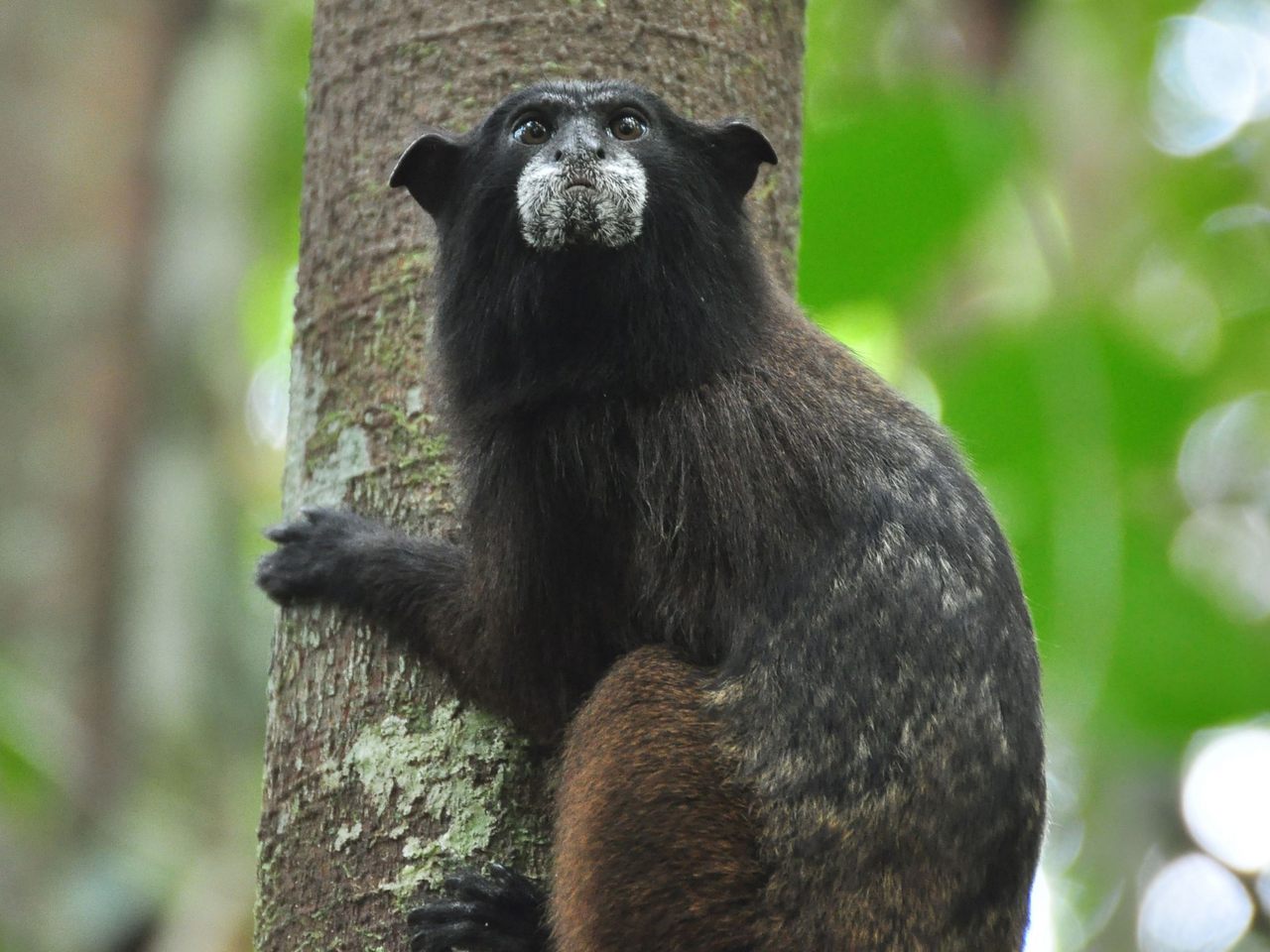 The Amazon rain forest still dominates much of northern South America, stretching across nine countries and providing a home to countless creatures and plants, large and small. Amid alarming news about its future, both animal life and indigenous tribes are increasingly being forced to relocate as deforestation and mining encroach deeper into the forest. Up against these threats, two pint-sized monkeys are proving to be engines for rebuilding forest spaces—with their feces.

Mustached and black-fronted tamarins eat a varied diet, but they’re known to frequent Parkia parunensis, a plant with a flower that looks not unlike a sea anemone, all pink and plumed. Inhabiting the borderlands between Peru and Brazil, the little monkeys’ habitat often overlaps with human interests. The animals are not endangered, but they suffer just the same when the forest canopies they call home are clear-cut. According to a recent paper published in Nature, however, the tamarins tenaciously help reclaim damaged forest by dispersing their seed-rich droppings in the areas humans had razed.

Typically, when a tract of rain forest is clear-cut, the animals who used to call it home flee—and don’t come back for a long time. According to Karen Holl, a restoration ecologist at the University of California Santa Cruz, who was not involved in the research, many species will not “venture out of more intact forest.” But these tamarins are different, as they appear to have an affinity for the logged areas.

“Over the years, data accumulated on the tamarins’ habitat use,” says lead author of the study Eckhard Heymann, of the Leibniz Center for Primate Research in Göttingen, Germany, via email. “When we looked at these data in retrospect, we realized that the tamarins had increased their use of the disturbed area.”

To the research team’s surprise, the tamarins enter deforested areas soon after they are cleared, leaving a wake of P. parunensis seeds behind them. Over a 20-year period, Heymann’s team witnessed how the two species ingested seeds in the existing, primary forest, and then deposited them in places humans had cut down, kickstarting the forest rehab process.

“Populations of many of these fauna have declined due to a number of reasons, primarily overhunting and habitat fragmentation,” says Holl. “It is good news that the tamarins are dispersing seeds of a variety of primary forest species, and it is particularly interesting they are increasingly dispersing larger-seeded, later successional species from primary to secondary forest over time.”

It takes a while for rain forest to recover—if it ever truly does—but these two hungry, indiscriminate tamarins have shown themselves to be indispensable to the process.

This Newfoundland Town Is the ‘Root Cellar Capital of the World’

Long after the forest stops burning, the effects of this year's fires will linger in the soil and water.
forests

An incident with a slingshot led scientists to a greater understanding of the relationship between the insects and their host trees.
Video

4:14
Want to see fewer ads? Become a Member.
From Around the Web
Atlas Obscura Trips
Peru: Machu Picchu and the Last Incan Bridges
View This Trip
Thanks for sharing!