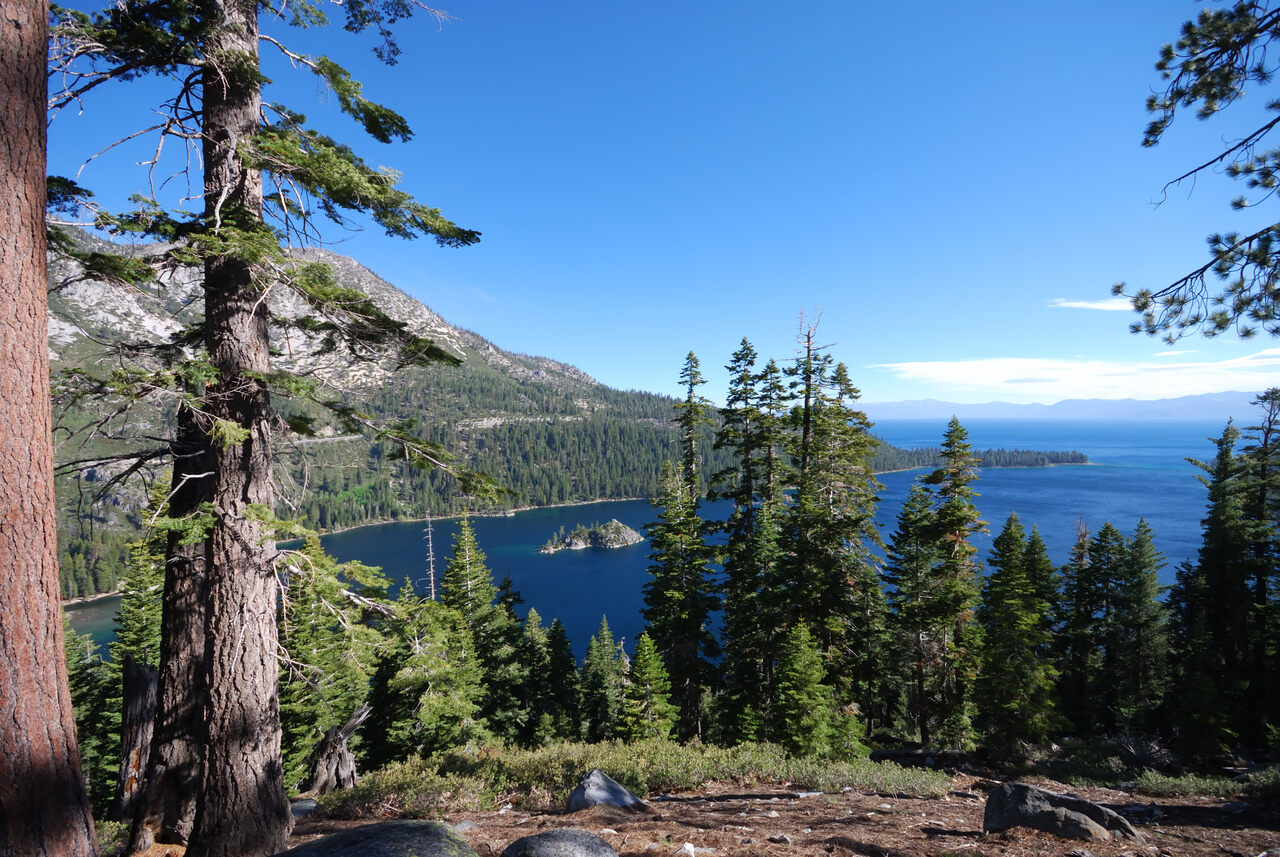 When she parks at Emerald Bay, on the western shore of Lake Tahoe, in California, and cracks open her car door, Lynn Dodd is floored by the scent of pine.

The trees stipple the land around the glassy green water, and on a weekday, when the bay isn’t bustling with visitors and their boats, it’s quiet—quiet enough to hear water lapping against docks and birds twittering in the canopy. Dodd isn’t immune to these charms. But as an archaeologist at the University of Southern California’s Dornsife College of Letters, Arts and Sciences, she is drawn here by something else, something hidden and preserved under that cold, clear water.

Emerald Bay has long been a sacred and practical site for Native American communities, particularly the Washoe people. It went on to become a flourishing weekend retreat in the late-19th and early-20th centuries. The San Francisco Chronicle noted the allure of the “sheltered inlet cut deep into the granite wall of Lake Tahoe” in the summer of 1919, while swooning over the water—“unbelievably deep and indescribable in color”—and the “pleasant cottages” and tents. These accommodations sprung up to serve people who were serious about recreation. At the Emerald Bay Resort, reported Sacramento’s Record-Union, “boats and fishing tackle are free to guests, and these with swings, hammocks, croquet, and climbing, furnish an abundance of out-of-door exercise.” For $2.50 a day or $15 a week, the San Francisco Examiner reported in 1914, the camp “caters especially to those who enjoy an outing in the mountains without the restraint of formality.”

When the resort closed up shop in the mid-20th century, Dodd says, the owners figured that the best way to offload the pleasure crafts and other small boats they had acquired over the years was to scuttle them. It’s unclear exactly how many boats were laid to rest at the bottom of the bay, but it was a lot. “We’re still finding them—it’s an ongoing search,” Dodd says. She suspects that there are more out there, maybe at depths below 60 feet, or nestled into crannies that might require remotely operated vehicles to explore.

Today Emerald Bay is a state park, and a few of the known vessels have been documented, interpreted, and united in California’s first underwater maritime heritage trail, which opened in 2018. Divers are invited to explore five boats resting on the lakebed, including the remains of massive barges fashioned from ponderosa pine, a skiff, a fishing boat with a live bait well, and a painted, canopied passenger boat that ferried cruisers around the lake with a 20-horsepower engine.

These sunken boats are marked with signs, and landlubbers can read up on what’s down there. But Dodd thinks that there’s much more to share with people who aren’t fitted with flippers, goggles, and regulators. So she has recruited her students to help image the sites and create detailed 3D models.

This fall, Dodd, who previously conducted underwater archaeology work off the coast of Oman, and her university students will glide over the wrecks, armed with mounted sport cameras. As they slowly kick along—so as not to stir up sediment—the cameras will capture still images at one-second intervals. Back on land, they’ll use photogrammetry software to stitch them together, with depth information, into 3D models.

It doesn’t take long to pull this off—anywhere from a few minutes to several hours, depending on the size of the boat—but the divers have to be especially calm and precise. They’ll propel themselves at a very slow, deliberate pace, while maintaining their depth. Fluttering legs, moments of inattention, or jerky movements can lead to blurry, unusable images, Dodd says; she recommend a frog kick as the smoothest technique. When it comes to these detailed photomosaics, “It’s garbage in, garbage out,” she says. “The better diver you are, the less work you have later.”

The images can be captured by snorkeling, too, at least for a massive barge that is visible from the surface. This involves gulping air, swimming along a fixed line for 30 seconds or so, and then resurfacing for another gulp of air. The barge that can be photographed this way, she says, is more than 100 feet long, and was used to haul lumber across the bay.

The goal, Dodd says, is to capture “a complete picture of what’s down there—basically scanning the bottom.” There are more sophisticated ways to image something, she adds, from expensive sonar systems to super high-resolution cameras, but she says that the results from simple, readily available underwater cameras are surprisingly impressive. Dodd hopes that other divers will follow suit—both in Emerald Bay and in the other bodies of water that harbor unseen history—by capturing some quick footage and sharing it with local archaeologists. “If you just stick a GoPro in your pocket every time you dive,” she says, “you can make a real difference in cultural heritage documentation in the state of California.” The models that Dodd and her team will make will end up on the 3D model hub Sketchfab, university websites, and possibly in resources maintained by the state parks. Several 3D models of some of Emerald Bay’s boats, created in a 2016 collaboration between Indiana University Center for Underwater Science and the California State Parks, are already available online.

The more information Dodd and her students gather, the more they can learn about the people who used these boats in Emerald Bay’s recreation heyday. Land-based sites, archives, newspapers, and interviews with longtime locals are helping the researchers assemble an even more detailed picture of how people lived and played decades ago. The work will fill out our understanding of how people spent their sun-dappled vacations in a period when leisure time was just beginning to become accessible to a wider range of Americans.

Plus, Dodd says, figuring out what’s resting on the lakebed is the right thing for divers and archaeologists to do—and to collaborate on. There’s occasional tension between these groups, with archaeologists accusing recreational divers of damaging wrecks, and divers charging that archaeologists act as arbitrary gatekeepers of the underwater world, keeping interesting sites secret from the public. It doesn’t have to be that way, of course, and the recruiting of sport divers for work such as monitoring wrecks for signs of change can play an important role in stewardship and preservation of historical resources.

Sharing finds with interested, enthusiastic people is part of why archaeologists do what they do. “In the bottom of our hearts, archaeologists understand that if you don’t document things, and if you don’t make the documents available to people for posterity, you’re not really any different from a looter or treasure hunter,” Dodd says. “Everyone who is trained as an archaeologist knows that. It’s in our bones.”

Without the training, equipment, and utter terror.
forts

It also set in motion the process that made the vast territory part of America.
ancient technology

And how instability, climate, and neglect drove their slow collapse.
Video • Wonder From Home

In 1495, a fire destroyed a stately ship and sank a big fish.
Read more
Thanks for sharing!