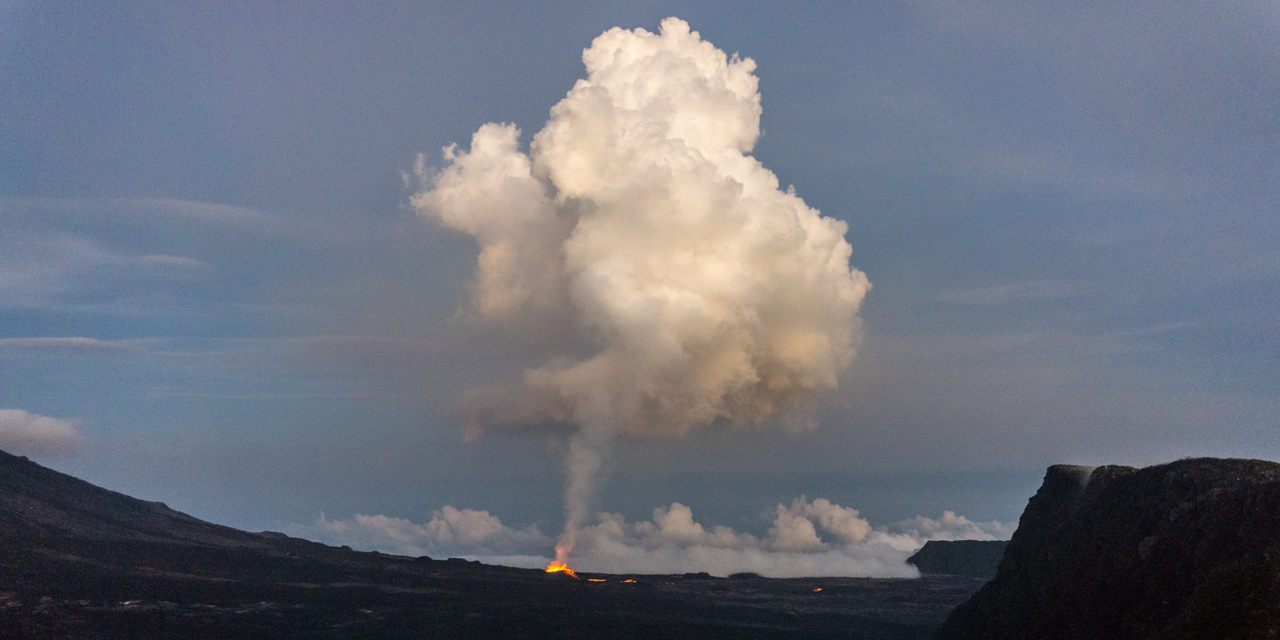 There’s no such thing as heaven on Earth, but Réunion in the 16th century came pretty darn close. A lush island off the eastern coast of Madagascar, part of the remote Mascarene archipelago, Réunion was devoid of human presence for millennia. As other parts of the globe were being colonized, the island’s dense population of furry, scaly, and fruit-loving fauna—tortoises, flying foxes, and birds like bulbuls and hoopoes—was largely undisturbed, thriving in spite of Piton de la Fournaise, one of the most active volcanoes in the world.*

But as a recent study of the cooled lava flows on the island have revealed, humans eventually arrived—along with a plethora of problems. French colonists showed up in 1655, and businesses like the French East India Company swiftly began changing the native ecosystem.

“The giant Bourbon turtles were, for example, loaded onboard ships to avoid scurvy among sailors,” says Sébastien Albert, an ecologist at the Université de la Réunion and lead author of the new study, published in the British Ecological Society’s Journal of Ecology. “This fauna unfortunately became extinct soon after the beginning of permanent colonization.”

Humans and the introduced species they brought with them—including cats and rats—quickly caused plant and animal populations to decline, according to analysis of the lava that’s spewed from Piton de la Fournaise for centuries. Using carbon dating and historical records to date the lava flows, Albert’s team timestamped snapshots of Réunion’s ecology at different points—the time before humans arrived, the period when the island’s ecosystem began to fray, and the first half of the 20th century, when the damage dealt to the island’s animal inhabitants became wholly apparent.

With each eruption, swaths of forests around Piton de la Fournaise were razed. Yet the island continued to flourish, as the frugivorous, or fruit-eating, species on Réunion would plod, slither, and flap around, distributing seeds via their poop. The island would grow lush again, until another eruption would occur, and the process would repeat.

Until humans arrived, that is. According to Albert, “98.5 percent of the lowland forests on Réunion Island have been destroyed by humans [since 1655].” In culling the animals that delivered the replenishing seeds, humans also condemned the flora that was getting distributed.

Evolution and extinction are two sides of the same coin. One adds new branches to the tree of life, testing new traits to see if they can help a species survive, while the other culls populations. Both can happen slowly, but they can also happen extremely fast. For all the biodiversity on Réunion, the changes that began in 1655 caused drastic losses for the plants and animals of the island, extinguishing the giant tortoises, flying foxes, parrots, hoopoes, fruit pigeons, and skinks in less than 200 years.

“This phenomenon is unfortunately the same everywhere on Earth,” Albert says. “The largest vertebrates disappear first.”

Today, the largest native frugivores remaining on Réunion are the bulbuls, songbirds smaller than pigeons. Though still lush and secluded, the island is quieter now (if you can tune out the volcanic eruptions). As with Eden, heavy-handed human activity left the bestial denizens of Réunion with no recourse, and their paradise quickly slipped away.

Update 3/02: This article has been updated to clarify that Piton de la Fournaise is the only active volcano on Réunion.

A First Nation, a Fight for Ancestral Lands, And an Unlikely Alliance

Though the damage on La Palma in the Canary Islands is extensive, no lives were lost.
islands

There's uncertainty, but the eruption is confined to the summit caldera.
islands

They don't seem to mind the eruptions of Bogoslof Island, as long as there's squid and smoothtongue to eat.
islands

This Erupting Italian Peak Is a Hotspot for Studying Volcanic Lightning

Though not much to see, Mount Stromboli is a scientist’s dream.
Video