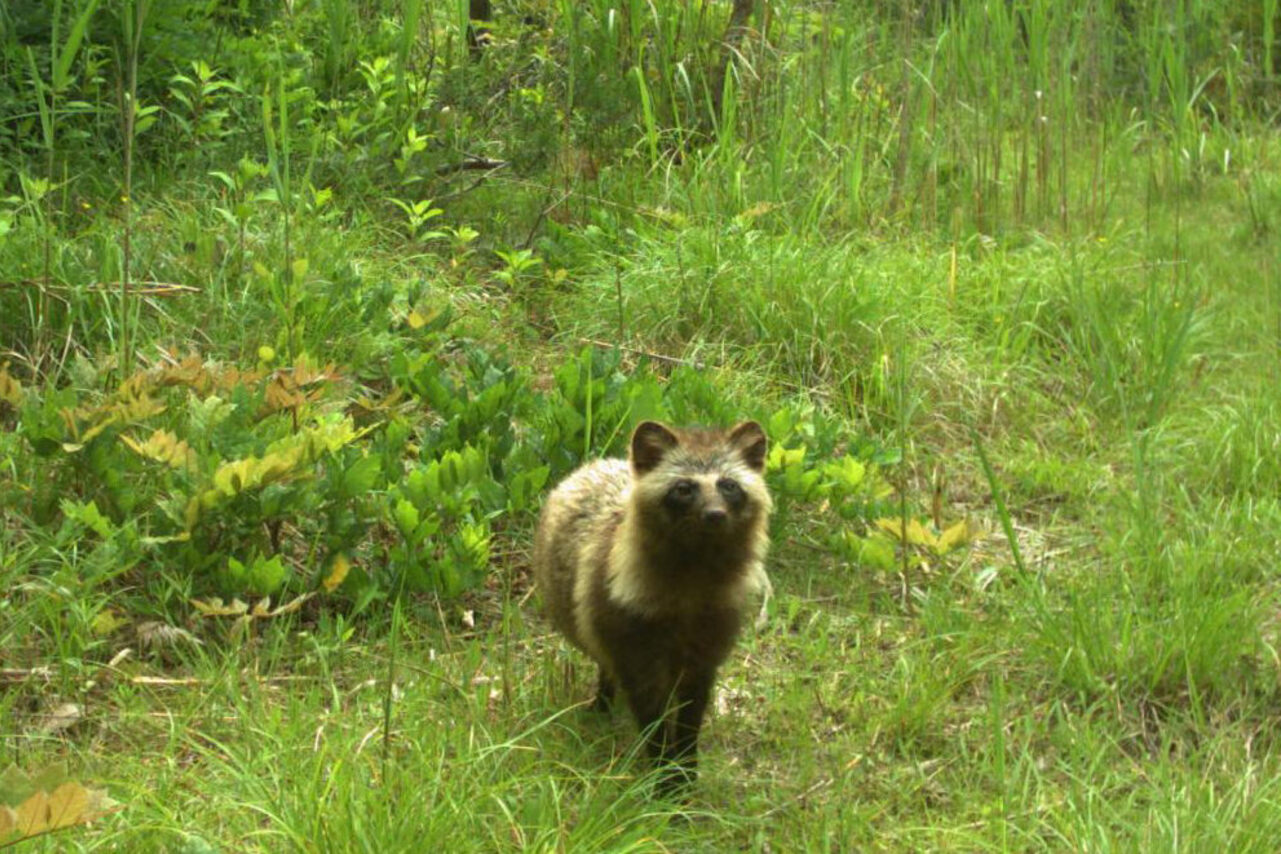 Japan's charismatic raccoon dogs are back in business. Only wild boars are appearing in greater numbers. Courtesy University of Georgia

Nuclear fallout is often characterized by its human toll: the immediate casualties, the complete exodus from the region, the radioactivity that continues to permeate the lives of those affected, and the surrounding area, for years afterward. But less attention is paid to the affected animals, which generally exist beyond the scope of human disaster protocols.

Now, an extensive photographic survey has revealed the resurgence of animal populations in Fukushima, Japan, where nearly a decade ago a nuclear disaster forced living creatures—human and bestial alike—to flee en masse.

Statistically speaking, the 2011 Fukushima Daiichi nuclear disaster was the worst of its kind since the 1986 reactor failure at Chernobyl. After a hard-hitting earthquake roiled Japan’s shores, triggering first a tsunami, then a nuclear meltdown, over 18,000 people died and more than a million homes suffered serious damage, according to Japan’s agency for reconstruction.*

But as with the recent bushfires in Australia, it can be difficult to measure the toll on animal life, which often suffers significantly more harm than humans do.

“The species that showed the [greatest resurgence] are those most often in contact with people,” says James Beasley, a wildlife biologist at the University of Georgia’ Savannah River Ecology Laboratory and the lead author of the new paper, published in the Journal of Frontiers in Ecology and the Environment. “That means macaque monkeys, raccoons, and wild boar.”

Beasley’s team used motion-sensor cameras to measure the animal presence in human-inhabited regions, partially inhabited regions, and areas where human habitation is still prohibited due to high levels of radioactivity—the Fukushima Exclusion Zone. The area stretches from Japan’s low-lying eastern coastline to the high-altitude inland of the prefecture (which, despite the radioactivity, has not lost its charm).

“The Fukushima landscape is really beautiful,” Beasley says. “There’s a coastal area that tends to be more populated, but it quickly moves up into mountains. The mountainous area is rural. It reminds me a lot of the Appalachian mountains in the United States, where you have interspersed populations, but also lots of forest.”

And in that forest, tens of thousands of photographs taken for the study identified 20 unique species, some of which are endemic to the region—the raccoon dog, the Japanese serow, and the Japanese badger among them—and many of which have an increased presence in areas that now have fewer humans.

The wild boar, which can vex farmers with its voracious foraging and propensity for property damage, has earned particular ire; Japanese cities have been been trying to cull the populations since 2009. In Fukushima’s Exclusion Zone, the boar overshadowed all other species, captured in nearly 50,000 photos.

“This is very consistent with what we’ve seen in Chernobyl,” says Beasley, who conducted a similar study in Ukraine in 2016. “The extent at which species like wild boar have responded. They’re a species that can respond more rapidly than others.”

The rice paddies and fields once cultivated by local farmers make prime grazing and living space for a boar population run amok. Other species have found uses for the former human habitat as well. Beasley says he’s seen macaques perched on derelict structures, similar to the way in which animals like bison and bears began to use the spaces hastily left behind in Ukraine.

In other words, in the absence of humankind, animals living in the nuclear evacuation zone have had room to grow, and have begun reclaiming areas previously used by people.

Yet to be determined is the actual effects of the radioactive fallout on the animals’ physiology. The recent study was literally the first look at which animals had returned to the area—and another piece of evidence that if given a choice between a human hub and an empty radioactive zone, many animals would opt for, and thrive in, the latter.

“Chernobyl and Fukushima are terrible environmental and human tragedies, and we shouldn’t lose sight of that,” Beasley says. “But they’re also important living laboratories for understanding the effects of radiation on plants and animals.”

*Update: This story has been updated to clarify the death toll and extent of damage.

Six years after the disaster, Tepco may have found its lost nuclear debris.
radioactive

The Top Secret Military Base Hidden in Chernobyl's Irradiated Forest

The mysterious Cold War base is now an eerie, crumbling ruin.
science

With a new train line threatening its habitat, the big cat may be the key to protecting this Mexican reserve—and everything else in it.
Video