In Prehistoric Ethiopia, Otters Were as Big as Lions - Atlas Obscura
Want to see fewer ads? Become a Member. 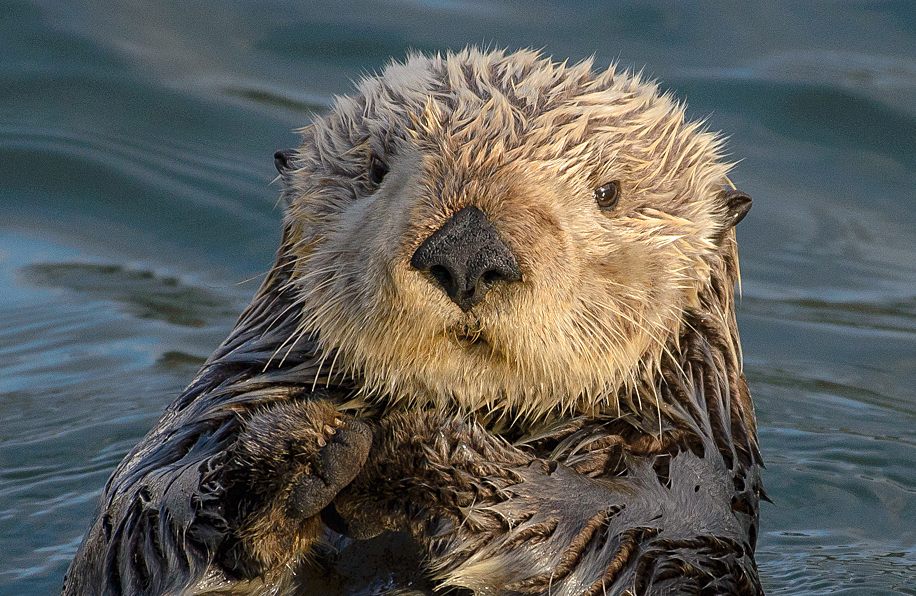 Supersize this guy by about 400 pounds, and you get some idea of the prehistoric Enhydriodon omoensis. Marshal Hedin/CC BY-SA 2.0
In This Story
Destination Guide

Some three million years ago, one of our early hominin ancestors was chowing down on some leaves along a riverbank in what is now Ethiopia. And there it was—440 pounds of fur, with teeth strong enough to crush bone. An otter the size of a large male lion ambled through the dense grasses before bending down to drink from the muddy riverbank. Our ancestor, we figure, crept back into the surrounding woodlands. It doesn’t matter how potentially adorable the giant otter may (or may not) have been, you just don’t want to cross an animal that size.

The otter, Enhydriodon omoensis, is the largest ever found. A new study in the French journal Comptes Rendus Palevol is the first to classify the species, naming it after Ethiopia’s Omo River, where its remains were uncovered. While the study calls the otter “lion-sized,” paleontologist Margaret Lewis of Stockton University in New Jersey, who first analyzed some of the fossils in 2008*, thinks “that’s kind of underselling it.” “Bear otter,” she says, is perhaps a better term to encapsulate just how massive these otters were. Okay, grizzly otter it is.

But the otter’s massive size wasn’t the only thing that surprised the lead author of the study, carnivore specialist Camille Grohé of the University of Poitiers in France. Testing on oxygen and carbon isotopes collected from the otter’s teeth shows that, unlike its semi-aquatic modern descendants, Enhydriodon omoensis lived primarily on land. “I really did not expect that,” says Grohé.

Nestled in the southwest corner of Ethiopia, the Lower Omo Valley is a paleontology superstar. Not far from where the fragmentary remains of Enhydriodon omoensis were found, paleontologists, often with the help of locals, have uncovered numerous fossils belonging to our early hominin ancestors. “The Omo Valley is one of the earliest known [sites] of paleontological significance,” says Ethiopian paleontologist Yohannes Haile-Selassie of Arizona State University. As far back as the early 1900s, European explorers describe seeing fossils dotting the hillsides along the Omo River. Then, in 1967, an international team of scientists surveyed the area “and that’s when they started finding all kinds of things,” says Haile-Selassie. Among those finds, in the early 1970s, was a huge femur. “[Researchers] knew it was some kind of a carnivore, but it was too big, they didn’t think it was an otter. So it’s been there in the collection” at the National Museum of Ethiopia ever since, adds Haile-Selassie. The National Museum, in Addis Ababa, houses thousands of fossils uncovered from the Omo and other Ethiopian sites (including the fossilized remains of a certain hominin we know today as “Lucy”). In April 2019, Grohé went digging for ancient carnivores—in the museum’s fertile storage area.

Eventually, she came across a “weird” femur, the same one paleontologists uncovered back in the 70s. In a previous study, Lewis had identified that the femur came from a very big prehistoric otter. But that wasn’t the only thing that made this femur a little weird. “It was really, really long and that didn’t really match an aquatic mammal,” which have generally shorter femurs to help the animals swim. Grohé picked out a few other fossils—some teeth and bits of the cranium—that also didn’t seem to match any known species of otter.

In July 2019, Grohé returned to Ethiopia, and this time went to the Lower Omo Valley to see where the fossils had been uncovered. “It’s a long ways,” says Kevin Uno of Columbia University, another author on the study. “Imagine driving across the state of Utah without a single paved road.” With 10 cars filled with paleontologists and supplies, it takes four days to reach the Omo from Addis Ababa. Nestled along the chai-colored river, the arid valley is dotted with stunning hills. “It looks like the Badlands in South Dakota,” says Uno.

While the paleontologists looked for fossilized carnivores, armed security personnel kept their eyes peeled for their living brethren. Lions stalk the grasses; crocodiles prowl the river. One morning in 2014, Uno remembers seeing the footprint of a lion stamped into the team’s fresh tire tracks.

Luckily, Grohé avoided any run-ins with living carnivores in 2019. Instead, she found some fossilized giant oysters. Guessing that Enhydriodon omoensis was semi-aquatic, “I thought that could be a good meal for this otter,” she says. But when she analyzed some of the otter’s teeth back at her lab, she found something astounding.

Collaborating with Uno, Grohé and a team of scientists extracted small amounts of enamel from the Enhydriodon omoensis’s teeth, which they tested for carbon and oxygen isotopes. Grohé was surprised to find that the isotopes were from largely terrestrial sources. “It was feeding on a wide range of [land-based] prey,” says Grohé; the patterns were similar to those found in big cats and hyenas today. But whether the otter was hunting or scavenging, Grohé isn’t sure.

Enhydriodon omoensis wasn’t the only giant otter in Africa during the Pliocene and late Miocene, roughly seven million to two million years ago, but it was one of the last. “I expected it to have a very narrow range of habitat that could potentially explain why it went extinct,” says Grohé. Given that the otter had a large habitat and could eat just about anything, “I know less now why she went extinct.”

Lewis takes that question a step further—if a generalist like Enhydriodon omoensis didn’t make the evolutionary cut, how did our human ancestors manage to survive? “It’s scary enough if you just think about surviving with lions and hyenas and leopards and all the living stuff,” but when you add in three species of saber-toothed cats, these giant otters, and all the other terrifying things of the Pliocene, “it’s amazing that [our hominin ancestors] came through this,” she says.

Grohé isn’t sure exactly what would’ve happened in an encounter between our early ancestors and Enhydriodon omoensis. “I don’t know if it would’ve been necessarily aggressive towards you,” says Grohé. But nonetheless, she says, “I think, like [with] a bear, you don’t approach it.” Uno agrees, joking, “If I were to encounter this otter, I would have wanted our encounter to be at a distance.”

* Correction: This article was updated to clarify that Margaret Lewis initially analyzed the femur and identified it as having come from a large otter.

Fossils unearthed in the Bahariya Oasis tell a story of giant predators hunting on land and in the water.
Video • Object of Intrigue