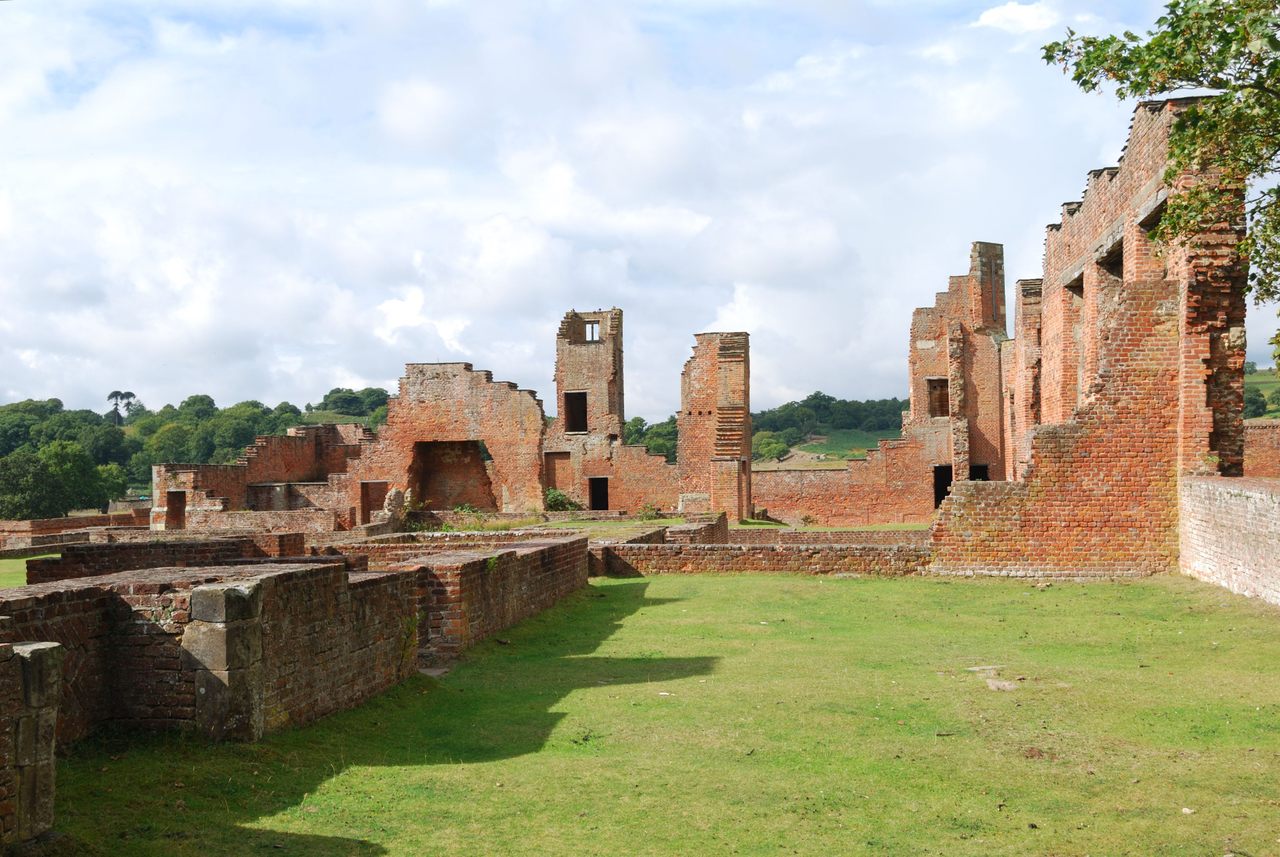 The 16th-century Bradgate House, in the East Midlands, was one of England's first brick buildings. NotFromUtrecht/CC BY-SA 3.0
In This Story
Place

The alleged birthplace of Lady Jane Grey, who was executed at age 16 for claiming the throne of England.
Destination Guide

Lady Jane Grey was England’s “Nine-Day Queen.” Best known for her brief rise and tragic fall in the 16th century, she’s thought to have spent her earliest years in the Bradgate House, one of the best-known ruins in Britain. But new archaeological research shows that the brick house sits atop what may have been Jane’s real childhood home.

A team from the University of Leicester recently excavated several buildings on the property—stone structures that predate the Bradgate House—leading the researchers to believe that an early version of the home was demolished to make way for the famous one we know today.

“While Bradgate House is such an iconic site, very little is known about the standing structure and how it changed over time,” says Richard Thomas, a lecturer at the University of Leicester, speaking with Leicester Live.

The Bradgate House was modified about 20 years after it was built, then again as the 17th century drew to a close. But little is known about its its history during the 16th century.

Located in the village of Newtown Linford, the Bradgate House is one of England’s first brick buildings, and one of its great unfortified houses, lacking any enclosing walls or bridges. Its construction began in 1499 under Thomas Grey, the 1st Marquess of Dorset, but the nobleman didn’t live to see its completion. His son Thomas Grey, the 2nd Marquess of Dorset, finished the task in 1520, and the Grey family and their descendants lived in the house for more than 200 years.

Perhaps its most famous resident was Jane Grey, the great-granddaughter of King Henry VII, the first monarch in the House of Tudor. In 1553, King Edward VI—the first English king to be raised a Protestant—named his pious 16-year-old cousin Jane his successor, as a way to block the Catholic Queen Mary I from assuming the throne.

The Privy Council initially backed Jane’s ascent, despite the fact that she was fifth in the line of succession. It’s said that she fainted when she learned about her new role, but accepted her duties when she awoke. On July 10, 1553, she was proclaimed the queen of England.

Within days, however, public support for Mary swelled, and the Council changed course. Jane was deposed after just nine days and, with her husband, Lord Guildford Dudley, charged with high treason and imprisoned in the Tower of London. Deemed a threat to the crown after her father joined Wyatt’s Rebellion against Mary, Jane was beheaded on February 12, 1554.

The archaeological work under way at the Bradgate House is part of the Bradgate Park Fieldschool, a five-year research program. Thomas says the next step is to date the stone structures under the brick house and determine when they were destroyed—facts that will help researchers gain a better understanding of both the Bradgate House itself and, more generally, how families in Tudor England lived.

Think of it as the first Tudor mansion.
sports

Found: A Pair of Boxing Gloves From 2,000 Years Ago

The leather items are considered to be the only surviving examples from the Roman era.
art

Found: The Remains of an 18th-Century English Coffeehouse

A 14-stop bar tour through Great Britain's past.
Video

7:29
Want to see fewer ads? Become a Member.
From Around the Web
Atlas Obscura Trips
Southern England: Lore of Dartmoor
View This Trip
Thanks for sharing!