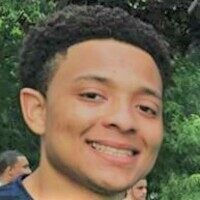 Jonathan Carey is originally from Petersburg, Virginia. At the Craig Newmark Graduate School of Journalism at CUNY, he studied health, science, and urban reporting.
After graduation, he began a fellowship at Audubon Magazine, and later wrote for HotNewHipHop.com (covering breaking news in sports and music, particularly hip-hop and jazz culture), Everyday Health, and New Food Economy. He also served as a Staff Writer for start-up Sentient Media, where he wrote investigative stories about animal welfare, factory farming, and the influence of big agriculture on local politics.
Jonathan is a diehard basketball and football fan, and of course a music fanatic. He is also an animal lover, none more than his dog, Bajan. And he's a huge history buff.

A home built with marble tombstones from the graves of 2,200 Union soldiers buried in a Virginia cemetery.
37.2021, -77.4270
Added by JeffM
Petersburg, Virginia