The only remaining collection of flayed figures made by French "madman" Honoré Fragonard. 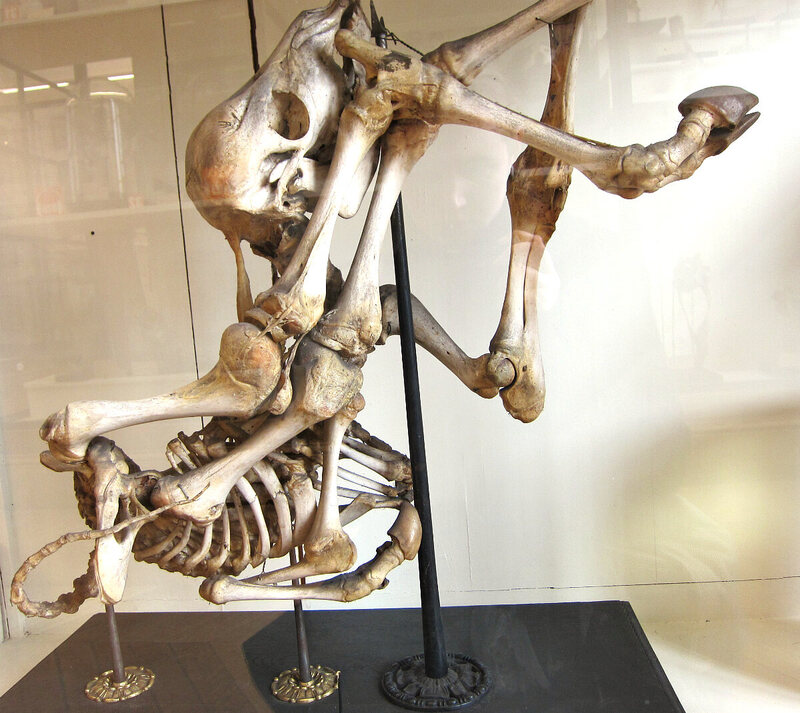 I am drawn to experiences that blur the beautiful with the grotesque, and I think it is this that has interested me in exploring museums of the anatomical. There’s something fascinating about the transformation of what was living into an object that often occurs in these settings, where the visceral is as much an aesthetic as a material quality.

This is usually a result of the purpose of anatomical models: science and studying. Yet there were some early practitioners of preservation that did turn their work into an odd art. One of these was Honoré Fragonard, who in the 18th century used a still-secret technique to create “écorchés,” or flayed figures, from the cadavers of humans and other animals, posed dramatically like classical statues.

While most of his hundreds of flayed figures have now been lost, several are still on display in the Musée Fragonard at the École Nationale Vétérinaire de Maisons-Alfort, a veterinarian school just outside of Paris. During my recent trip to France, I decided to make the trek out to the museum, to not just see these relics of a a man’s grotesque art, a man who some accused of losing his mind completely later in his life of sculpting the dead, but the other specimens on display as well. They’re mostly of domestic animals, this being a veterinarian campus after all, with a surprising focus on monstrous anomalies. 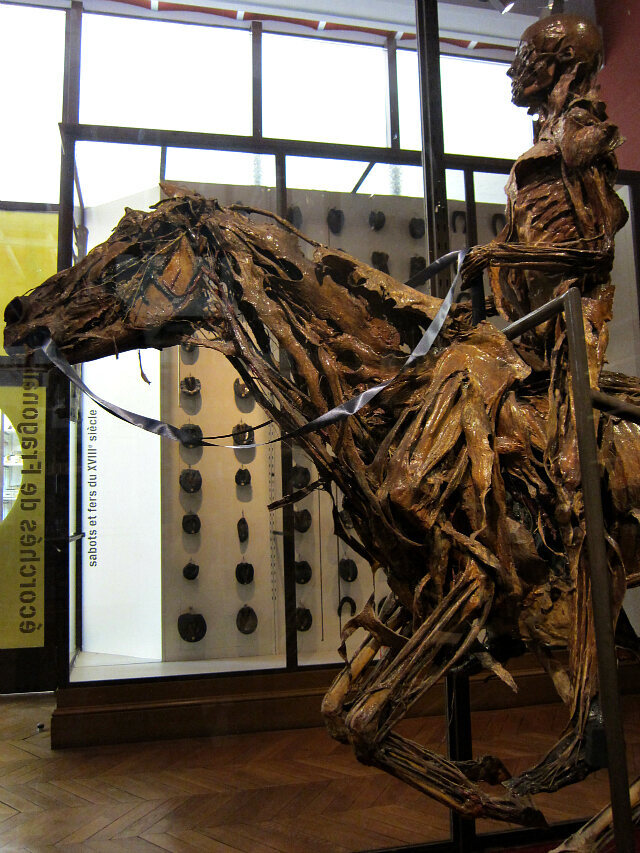 All of the flayed figures are in a backroom behind a closed door that requires a heavy push to open. 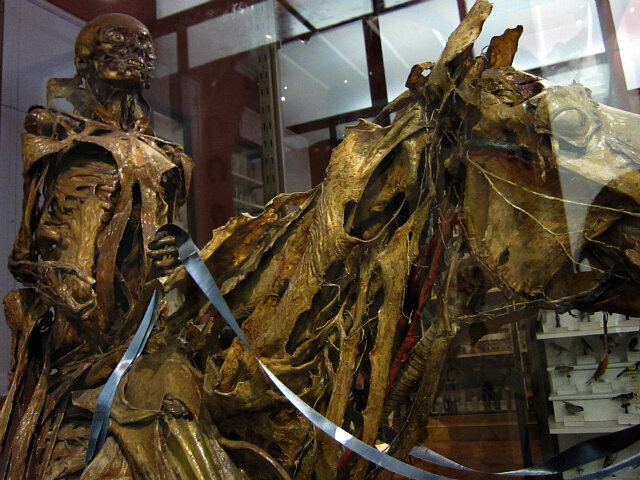 This flayed figure is meant to reference one of the horsemen of the apocalypse. 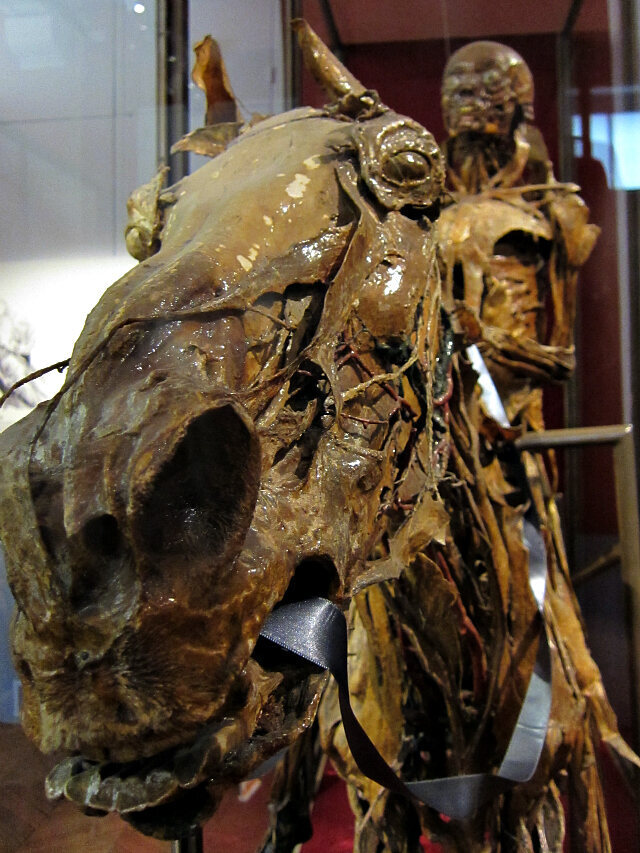 The veins, muscles, and skin of the flayed figures are all visible in warped detail, believed to have been preserved with resin and colored wax. 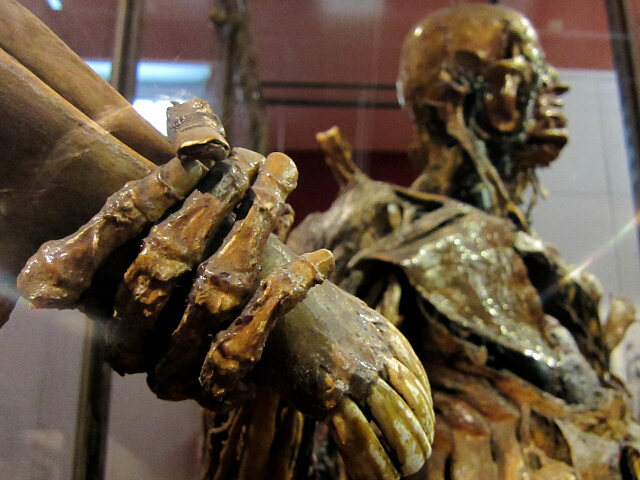 This flayed figure is holding a donkey’s mandible, a reference to Samson fighting the Philistines. 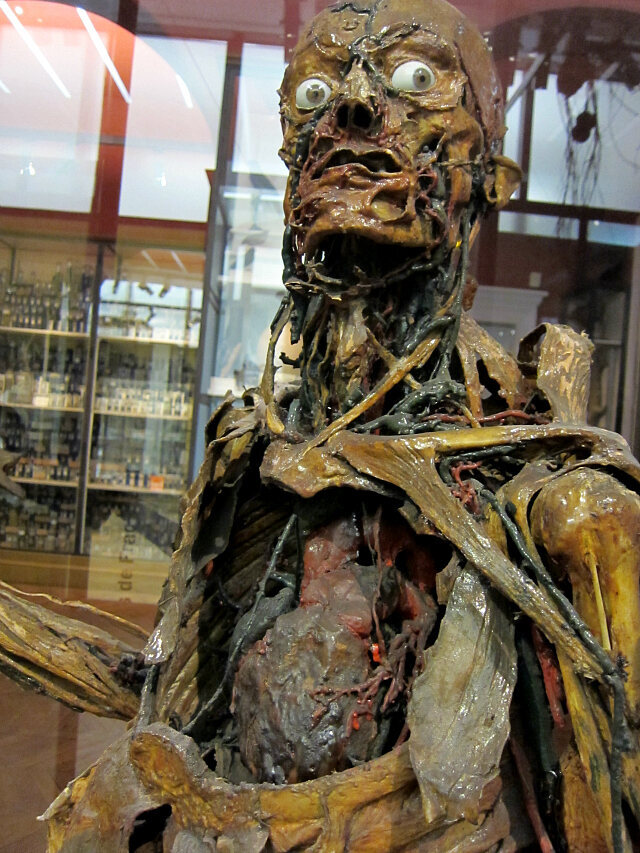 This “Samson” has his lips twisted into a snarl, his belly open to show a stomach within. 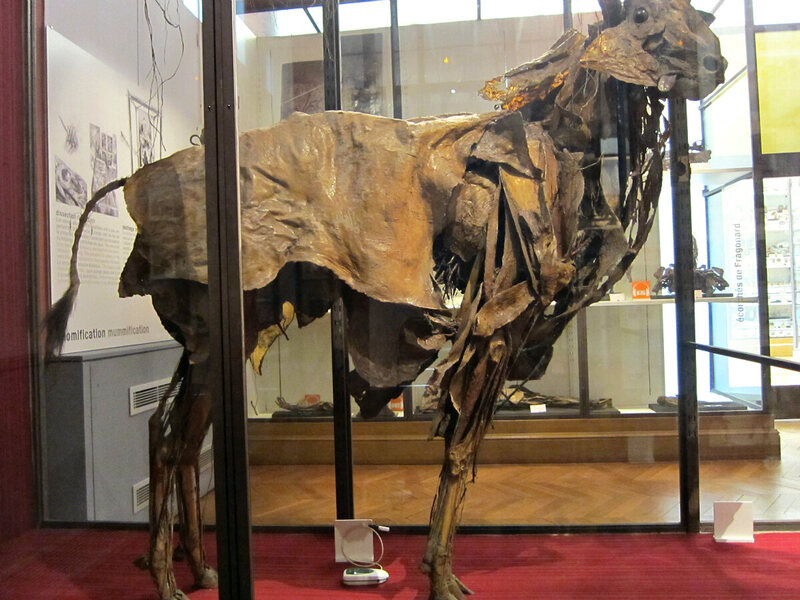 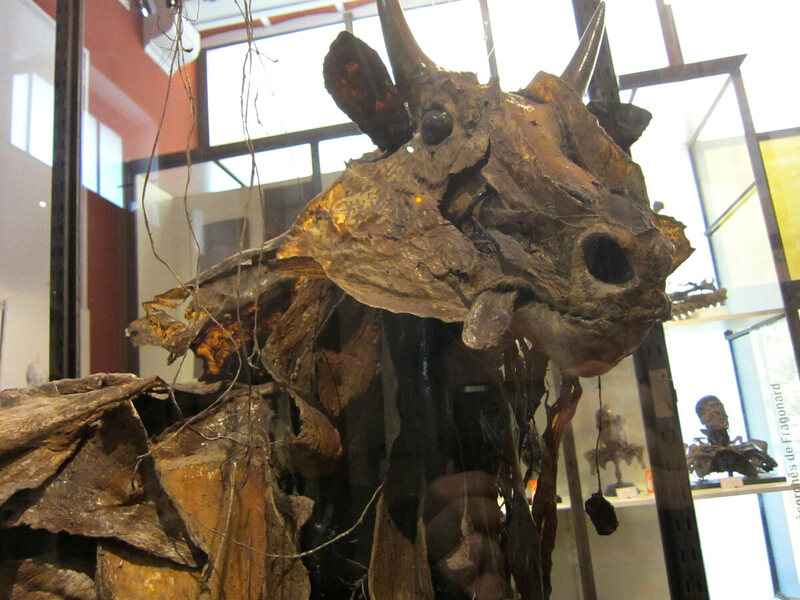 and sticking out its tongue. 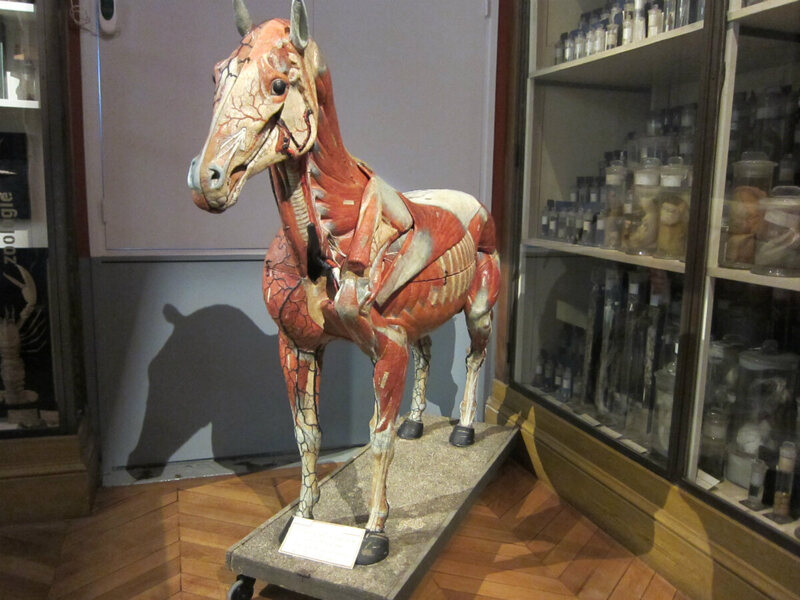 A model of a horse next to some jarred specimens. 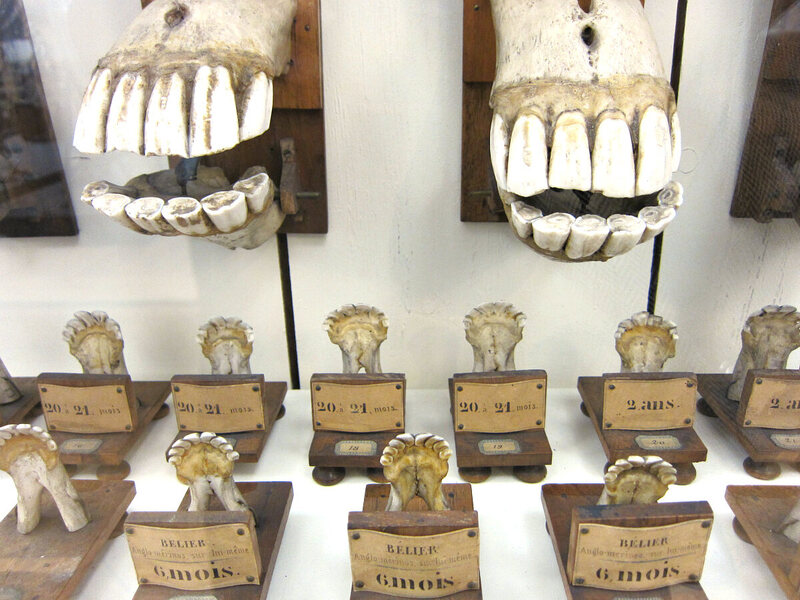 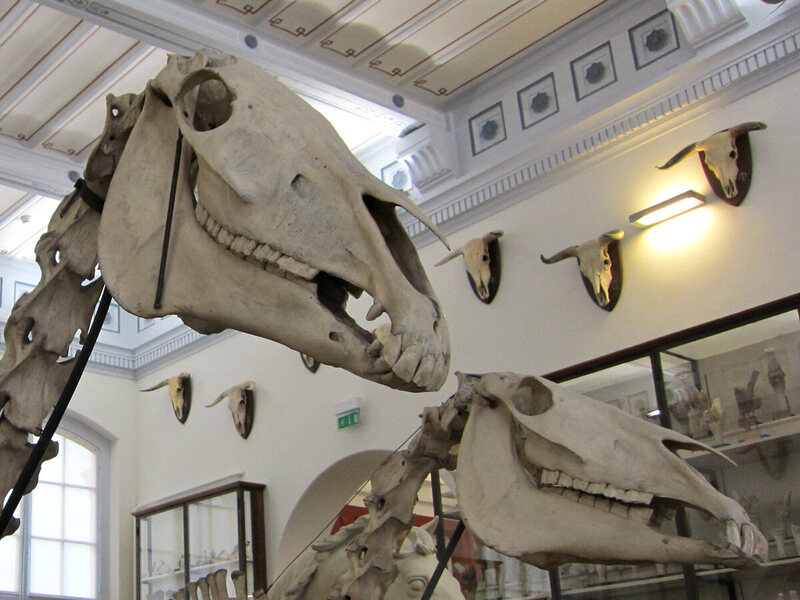 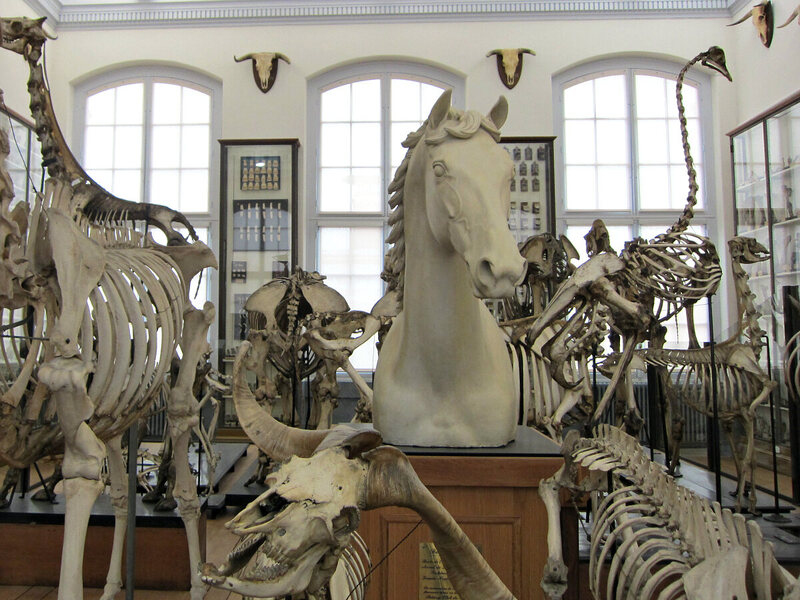 A statue of a horse and a strangely lively horned skeleton tilting its head. 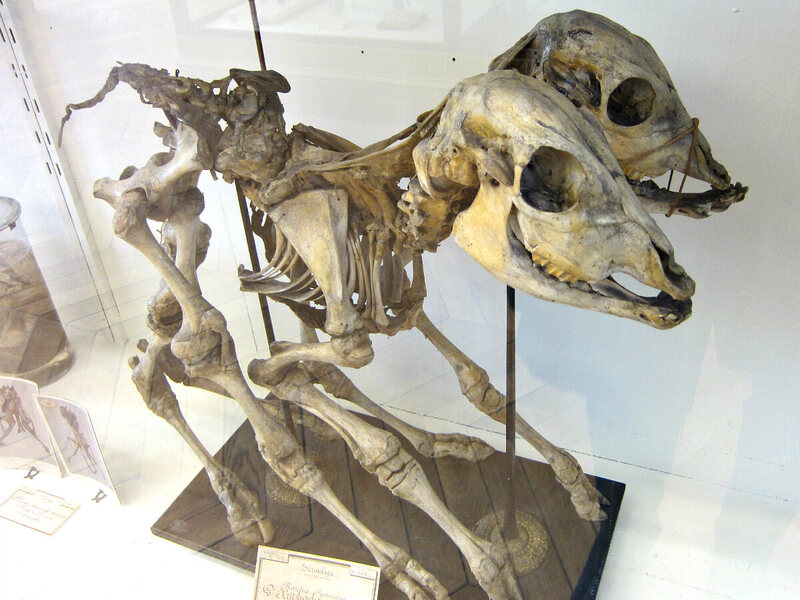 There were a few examples of Polycephaly, with two-headed animals. 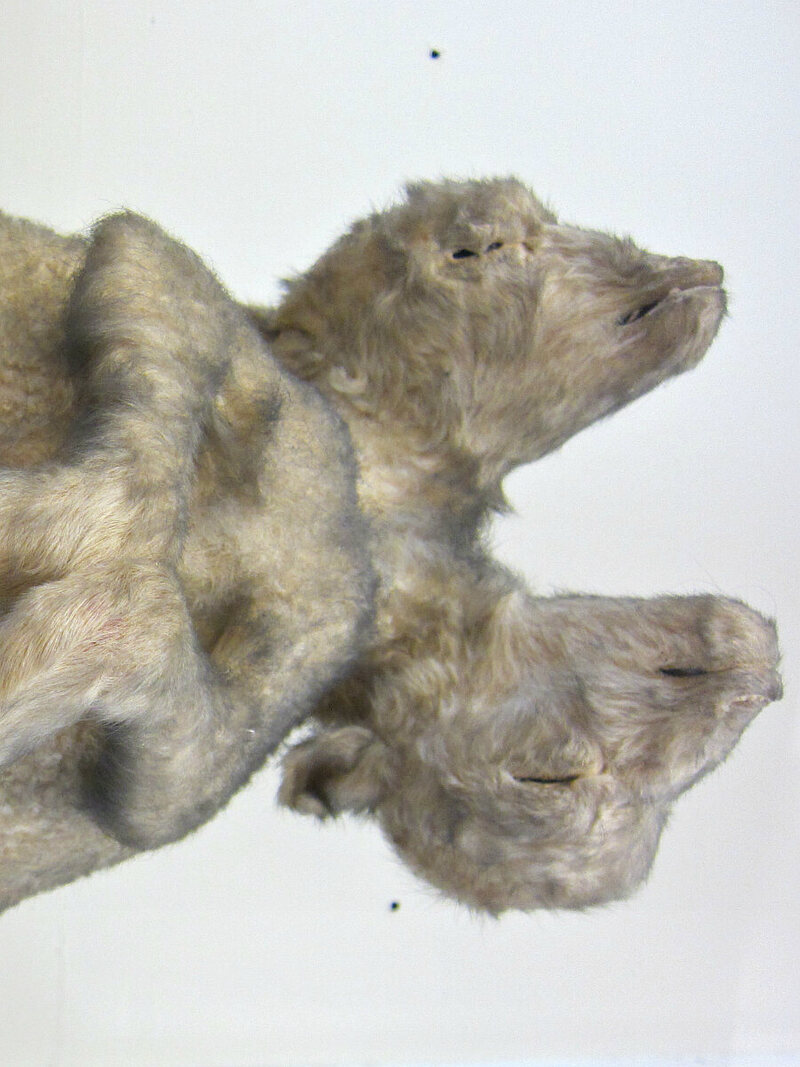 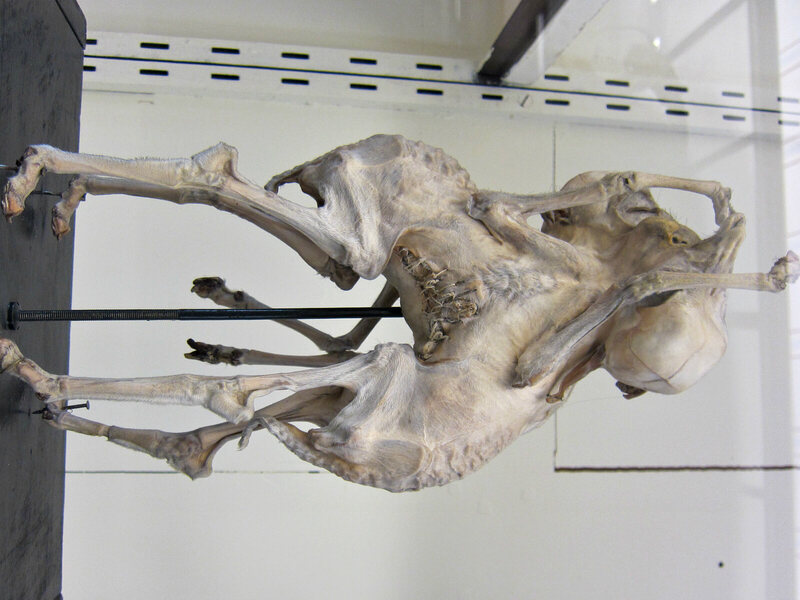 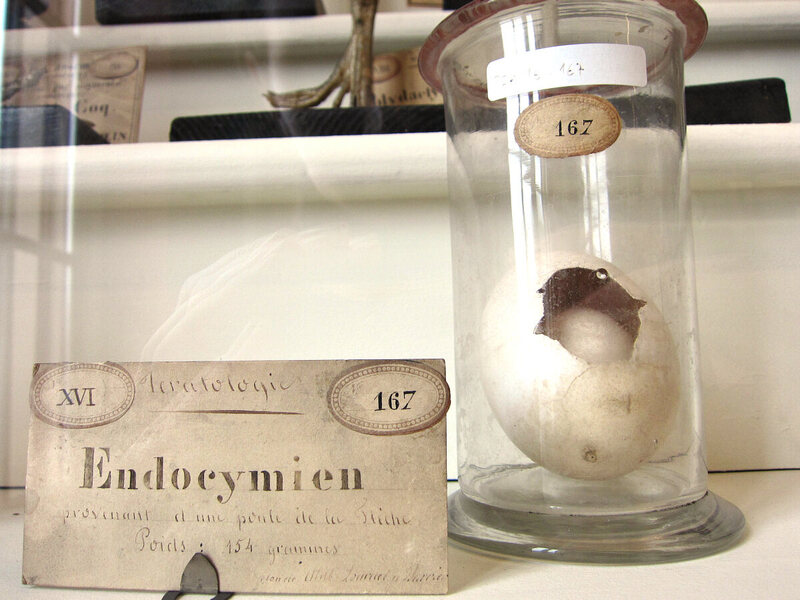 An egg within an egg. 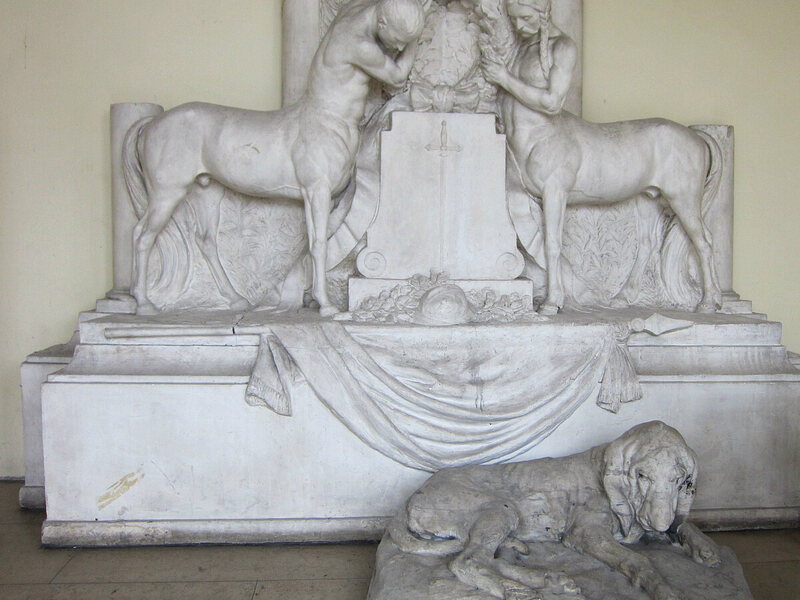 This statue near the entrance of the museum building has two mourning centaurs and a statue of a sick dog.

Philadelphia’s famed anatomy showplace, the Mütter Museum, gets a facelift.
notes from the field