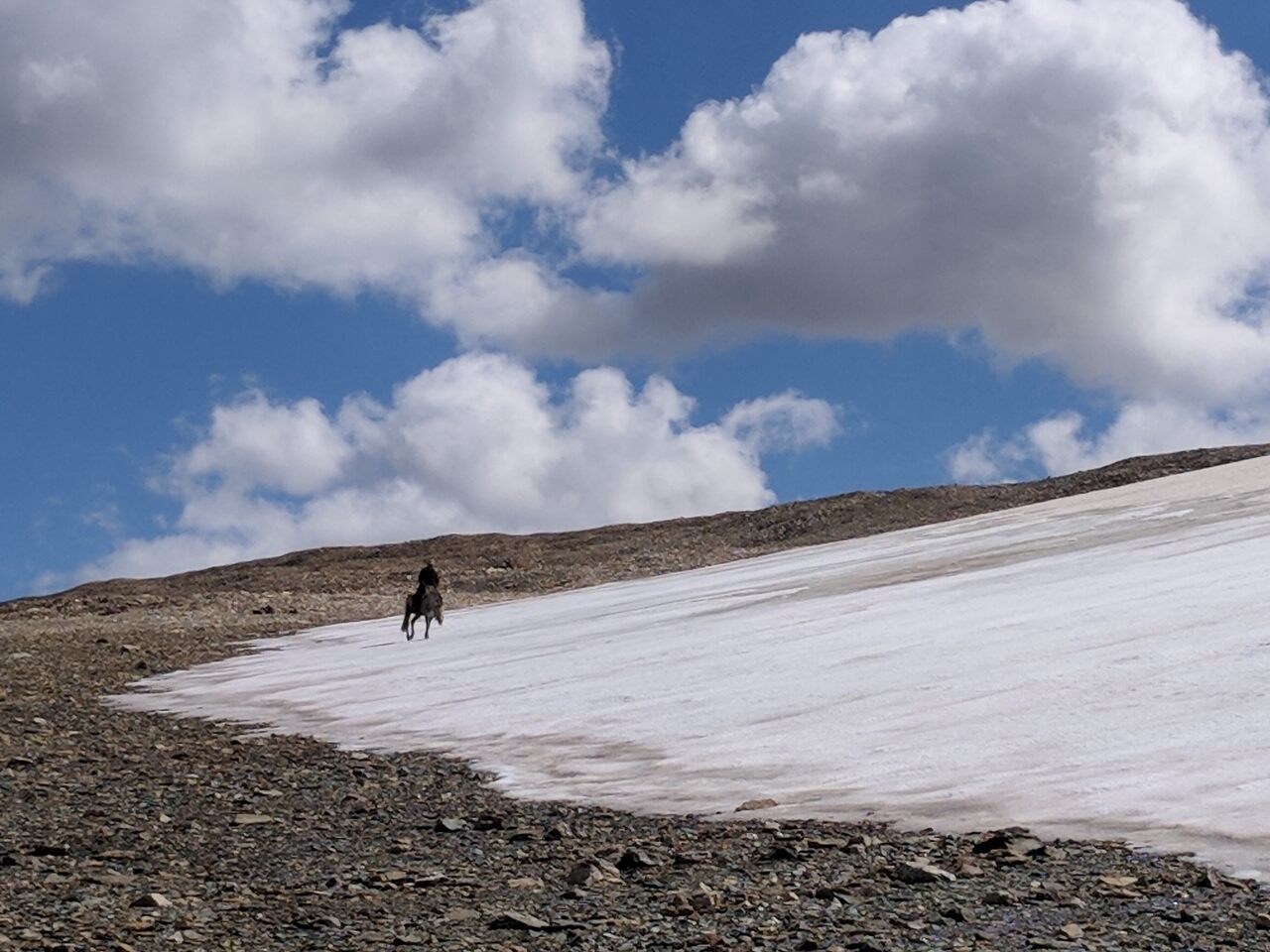 In the Mongolian taiga, it takes a multi-day off-road trek by car and horse to get to an area called Mengebulag. The boreal forest ecosystem there is home to the Tsaatan people, one of the last groups of nomadic reindeer herders in the world, and both the humans and their animals rely on its ice patches for water and cooling. Today, as the once-stable ice patches melt away, marshy soil comes to the surface, and with it long-preserved archaeological remains—that will quickly degrade once exposed. Now, research published in the journal PLOS One examines the problems that emerge as the ice disappears.

“As the climate is warming, the size of these ice patches is shrinking, and the location at which they are perennial—permanent or recurring—is going up in latitude and elevation,” says William Taylor, an archaeologist affiliated with the Max Planck Institute for Human History in Germany and the University of Colorado, Boulder, and lead author of the paper. “This ice has never melted in known memory.”

Mongolia’s average temperature has increased by about 4 degrees Fahrenheit since 1940, and precipitation has decreased by seven percent, according to a Green Climate Fund report. The decline of the ice patches—which differ from glaciers in both size and the propensity to move—is one of the most obvious impacts of this.

For the Tsaatan, the ice patches provide a reliable source of water, and help keep their reindeer, which are susceptible to overheating, cool and healthy. The vanishing of the ice patches threatens a way of life that has persisted for thousands of years—and with it the record of that history.

“The ice is one of these incredibly rare snapshots into the past where things that fall into the ice, especially organic materials that otherwise would disappear in a matter of decades, can make their way into the present day and give us insights,” he adds. “Even though we have this sort of ice patch all over the world, in Mongolia its loss is that much more significant.”

Taylor’s team has so far identified a number of wooden hunting implements, including a willow fishing pole now at the National Museum of Mongolia in Ulaanbataar, that have melted out of ice patches. Documenting even a fraction of these remains is a race against time. Taylor’s team returned to survey the Mongolian portion of the Altai Mountains this year, and hopes to find and document as much as they can before the sites are completely gone, and those deep-frozen organic remains decompose. It’s a sort of windfall for archaeologists—much of this archaeological material would never have been visible otherwise—but for Taylor it comes with a measure of guilt.

“The results are great, but it doesn’t give you excitement because it’s paired with the effects of the melt on people and cultural heritage,” he says. “It’s with a heavy heart that you do the work. Unlike other work we’ve done, this has a sort of moral imperative to it.”

The Saga of the Cannibal Ants in a Soviet Nuclear Bunker

And how scientists tried to free this formic Donner Party.
disappearing worldreindeerenvironmenticeclimate changearchaeology

Help us keep them coming by directly supporting Atlas Obscura.
Become a Member
$5/month $10/month $20/month
See All Membership Options
Already a part of our membership program? Sign in.
No Thanks
Keep Exploring
forests

For hundreds of years, sailors have zipped across frozen lakes and rivers—but now chances are fewer and farther between.
science

Climate change is turning a Cold War project into an environmental hazard.
lighthouses

The Bumpy Business of Hauling Historical Sites to Safety

When trying to outrun erosion and sea-level rise is the best option.
Video

A Danish structure is the latest to evade erosion by migrating inland.
Read more