Inside the Years-Long, International Effort to Save One Tiny Mexican Fish - Atlas Obscura
Want to see fewer ads? Become a Member. 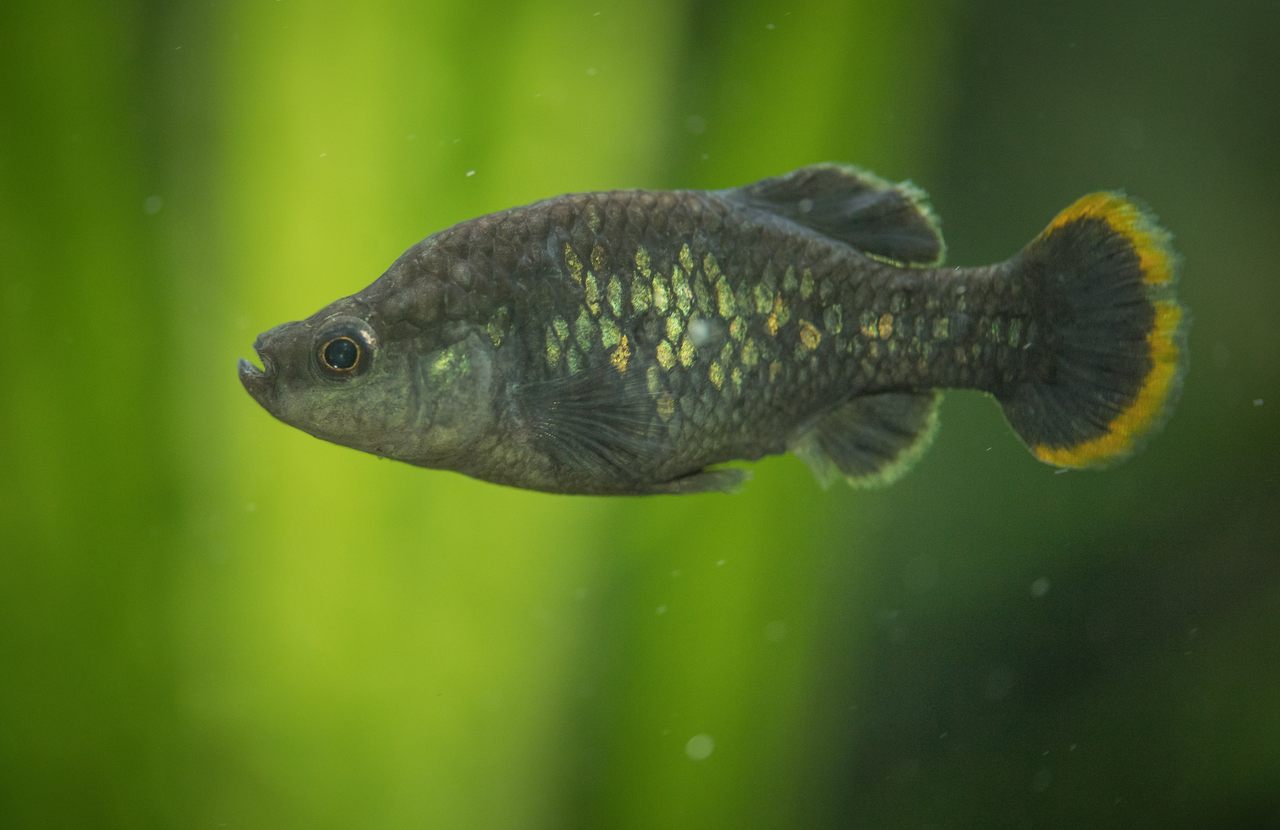 At first glance, there’s nothing remarkable about Mexico’s tequila splitfin fish. Only two and a half inches long, the fish aren’t colorful or poisonous. They aren’t particularly fast. They don’t change colors or exhibit other strange behaviors. In many ways, they are forgettable. So when the fish, endemic to only a single spring-fed river near the Tequila volcano in the Mexican state of Jalisco, went extinct from the wild in 2003, there was no international outcry or even an article in a local newspaper to bid the fish adieu.

But scientists at Michoacán University’s Aquatic Biology Unit knew the tequila fish, as it is commonly called, played an important role in the river’s delicate ecosystem—eating dengue-spreading mosquitoes and serving as a food source for larger fish and birds. When it became clear the fish were dying off in the 1990s, an international team of scientists joined forces to save the fish. After the fish went extinct in 2003, the team would attempt something that had never been done before in Mexico—reintroduce an extinct species back into its native habitat. Now, almost two decades on, a thriving population of tequila fish, some 2,000 strong, once again call the Teuchitlán River home, swimming in the crystalline waters in the shadow of the tree-covered hillside.

The ambitious conservation translocation project began in 1998 when English aquarist Ivan Dibble arrived at Michoacán University with some very precious cargo—five pairs of tequila fish from England’s Chester Zoo. No one knows exactly why the tequila fish went extinct in the wild, but it was likely a combination of pollution and invasive species moving in, according to scientists at the zoo. In captivity, scientists could provide a controlled environment for the fish.

For 15 years, biologists at Michoacán University cared for the tequila fish. “At the beginning, all these people said we were crazy,” says biologist Omar Domínguez, who worked on the project. While reintroduction programs have been done successfully elsewhere, this was the first time scientists attempted such a project in Mexico. If the project failed, Dominguez worried, “all the people [would] say, ‘okay, it’s impossible to reintroduce fish.’”

Dibble’s colony of 10 fish grew. In 2012, the team transferred 40 pairs of tequila fish to an artificial pond at the university. They needed to prove that the fish could survive in a semi-natural environment. In the pond, the fish had to compete for food, contend with parasites, and avoid predators, like turtles, birds, and snakes, just as they would in the wild. After four years, the school of 80 grew to an estimated 10,000. That success allowed researchers to raise the money needed to take the final step: returning the tequila fish to the wild.

Domínguez knew that the only way to do that successfully was to get the local community in the town of Teuchitlán involved. Without the residents working to clean and protect the river, the fish could again die out. Federico Hernández Valencia, professor of environmental education at Michoacán University, was called in. He quickly got to work with local volunteers like Martha Hernandez and Pilar Navarro, who founded the community initiative Guardians of the River in 2021. As Valencia and local volunteers painted murals of the fish around town, local children chose a nickname for the tequila fish, landing eventually on “zoogy,” after the fishes’ scientific name, zoogoneticus tequila. (In the 20th century, many locals called the fish gallito or “little rooster,” because of the strip of bright orange that decorates male fishes’ tails. Some others referred to the fish as burrito or “little donkey,” says the Guardians’ Perla Espinoza, though she is at a loss to explain why.)

Domínguez and Valencia also led workshops about the local ecosystem and zoogy’s place in it. In one workshop, students learned to recognize the tequila fish based on blown-up photographs of the male and female fish. The local Catholic church contributed to the effort too, donating classroom space, hosting fundraisers, and helping inform the community about the importance of the tequila fish.

Finally, in 2017, 1,500 tequila fish were reintroduced to the river in floating cages. They rapidly multiplied. And after several months, biologists marked and released the fish from their protective cages. Now a stable population of around 2,000 fish are again happily swimming in the Teuchitlán River, about 40 miles west of Guadalajara. Just last month, the fish even migrated to another portion of the river.

Saving the tequila fish “is like a small light in the universe,” says Domínguez. He hopes that the success can be used as a blueprint for future reintroductions of extinct fish species.

The young members of the Guardians of the River now attend weekly classes and conservation workshops, like river walks and street cleaning days to help diminish waste runoff. Domínguez and the team have continued to work with the Guardians to reintroduce two other endemic species that went extinct from the river. In November 2021, the young Guardians helped to release the golden skiffia, or skiffia francesae, back into the river.

As is always the case with environmental causes, the need is great. Domínguez says of Mexico’s 536 known freshwater fish species, 40 percent are in danger of extinction and 4 percent are already extinct (either in the wild or completely). Biologist Axel Moehrenschlager, chair of the International Union for Conservation of Nature’s Conservation Translocation Specialist Group, says species around the globe are dying off far more quickly than ever before. “The current extinction rate is 1,000 to 10,000 times higher than what would be considered the normal extinction rate.” That’s why success stories like the tequila fish are so important, he says.

“I think that a lot of people around the world may care about nature or conservation but feel like they’re so disconnected from it and that they can’t even envision what it is that’s being done when we try to reduce ocean plastics or acidification of oceans or climate change,” says Moehrenschlager. Conservation translocation projects, like saving the tequila fish or Père David’s deer in China, are “one of the greatest ways of creating optimism around conservation,” he says, because they’re “so tangible, action-oriented, and potentially powerful.”

Today in Teuchitlán nearly everyone knows about zoogy. For many, especially the children involved in the project, the fish has become a beloved mascot—one that has inspired many in the town towards conservation. During one of the Guardians of the River’s river walks, one student asked an adult volunteer: “What will happen when you get older? Will Guardians of the River disappear?” After a moment’s hesitation, the same student said, “Oh! We will take your place.”

Winter Fire Festivals Around the World That Don't Disappoint

Sharks, beavers, and humans are all returning to London's iconic waterway thanks to decades of restoration work.
insects

The bean-sized snail has persevered despite hundreds of related species going extinct in recent decades.
fires

Australia’s Platypuses Are Invisible Victims of the Bushfires

After years of drought and habitat loss, “It’s one more nail in their coffin.”
Video • AO Docs

3:11
Want to see fewer ads? Become a Member.
From Around the Web
Atlas Obscura Trips
Oaxaca: Tastes of Past & Present
View This Trip
Thanks for sharing!