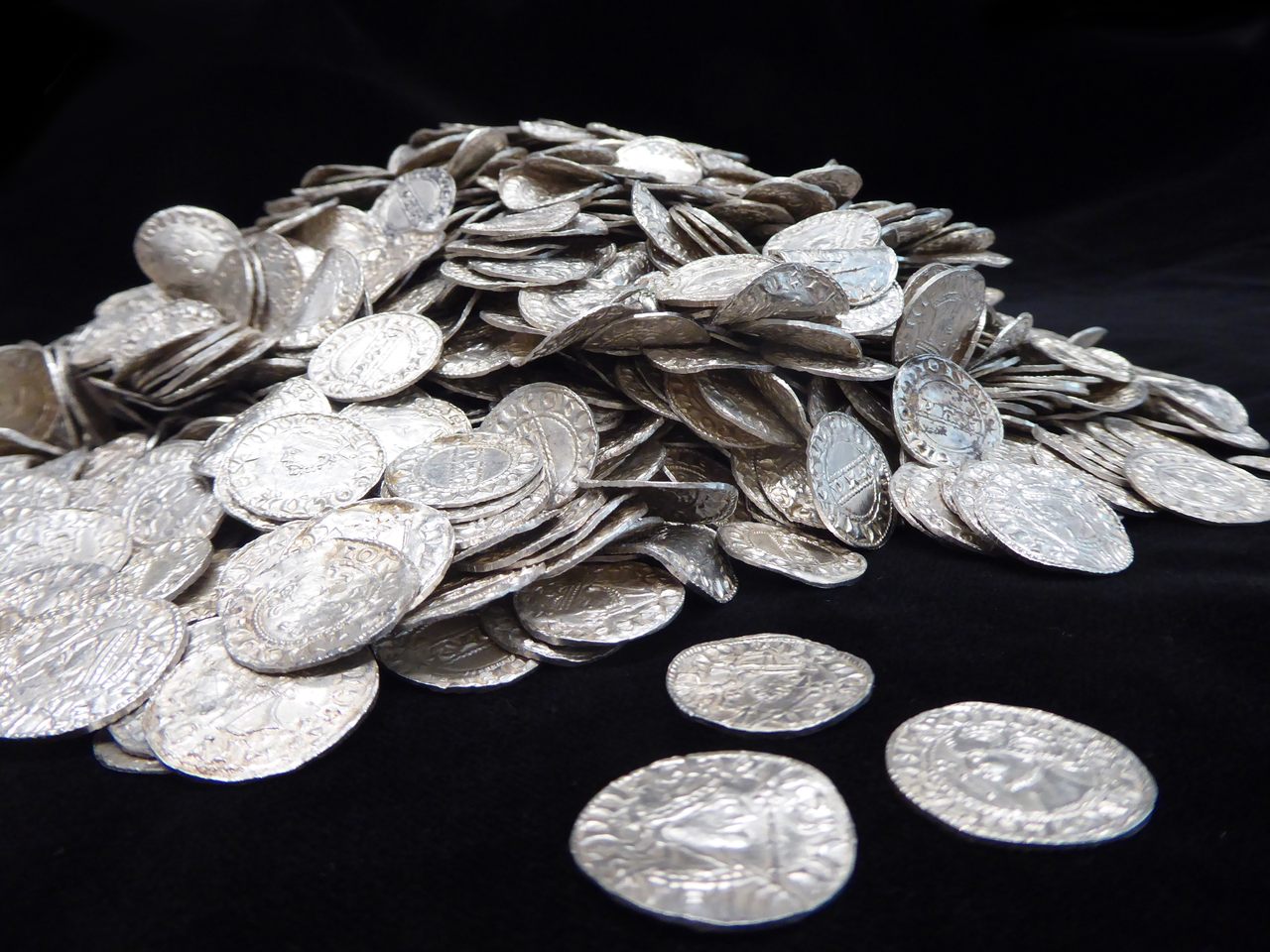 Whoever buried it didn't come back for it. Courtesy British Museum
In This Story
Destination Guide

It’s often said that life’s only certainties are death and taxes, but people have spent centuries figuring out ways to evade the latter. Look no further than a hoard of 2,528 11th-century coins recently discovered in England, which together bear witness to regime change, domestic unrest, and, amid it all, fraud.

The coins were found in January 2019, by metal detectorists in southwestern England’s Chew Valley. This week, the British Museum released details: 1,236 coins date to the brief reign of King Harold II (which started and ended in 1066) and 1,310 to the first years of William I’s reign, following the Norman Conquest and the Battle of Hastings. Three of the coins represent types known to numismatists as “mules,” or illegitimate blends of different coin faces cast by moneyers in hopes of avoiding taxes on new coin dies.

If William had seen these counterfeits, they may have hit his ego harder than they hit his purse. Two of the mules depict William on one side of the coin and Harold on the other, indicating that the moneyers reused old dies to mint the coins so they wouldn’t have to pony up for more of the updated variety. (The third mule splits its sides between William and Edward the Confessor, Harold II’s predecessor.) According to the British Museum, these are the first known examples of William/Harold mules, and they surely would have been two too many for William the Conqueror. After all, you don’t go to the trouble of leading a massive military conquest just to split coin space with your dethroned rival.

Gareth Williams, the British Museum’s curator for Early Medieval Coinage, says that this find represents an exceptionally large haul for the time period. The coin hoard adds greatly to the known examples of each type, and offers a new opportunity to study the evolution of English coinage in a period of massive social and political upheaval. Already, thanks to information on the coins, the researchers have learned of mints not previously known to exist. Some of the coins also attest to the linguistic impact of the Norman Conquest, with the incorrect usage of Old English characters illustrating the real-time process of different cultures coming into contact for the first time.

The British Museum suspects, but cannot confirm, that the coins were buried in an attempt to preserve wealth in 1067 or 1068, when skirmishes and uprisings were still bubbling up in the aftermath of the Norman Conquest. The collection has not yet found a home, though the Roman Baths & Pump Room in the city of Bath has expressed interest, pending further evaluation.

Found: A Lost Charter Issued by King John More Than 800 Years Ago

Is there nothing that libraries can't do?
medieval

He was fighting not Normans, but the stigma of mental illness.
archaeology

Stone structures beneath Bradgate House may be the real birthplace of Lady Jane Grey.
nazis

From a Nazi code machine found at the bottom of a bay to a vintage Babe Ruth card hidden in a piano.
Video

1:15
Want to see fewer ads? Become a Member.
From Around the Web
Atlas Obscura Trips
Southern England: Lore of Dartmoor
View This Trip
Thanks for sharing!