Lincoln’s Assassination Was Not the Worst Thing That Ever Happened at Ford’s Theater - Atlas Obscura
Want to see fewer ads? Become a Member. 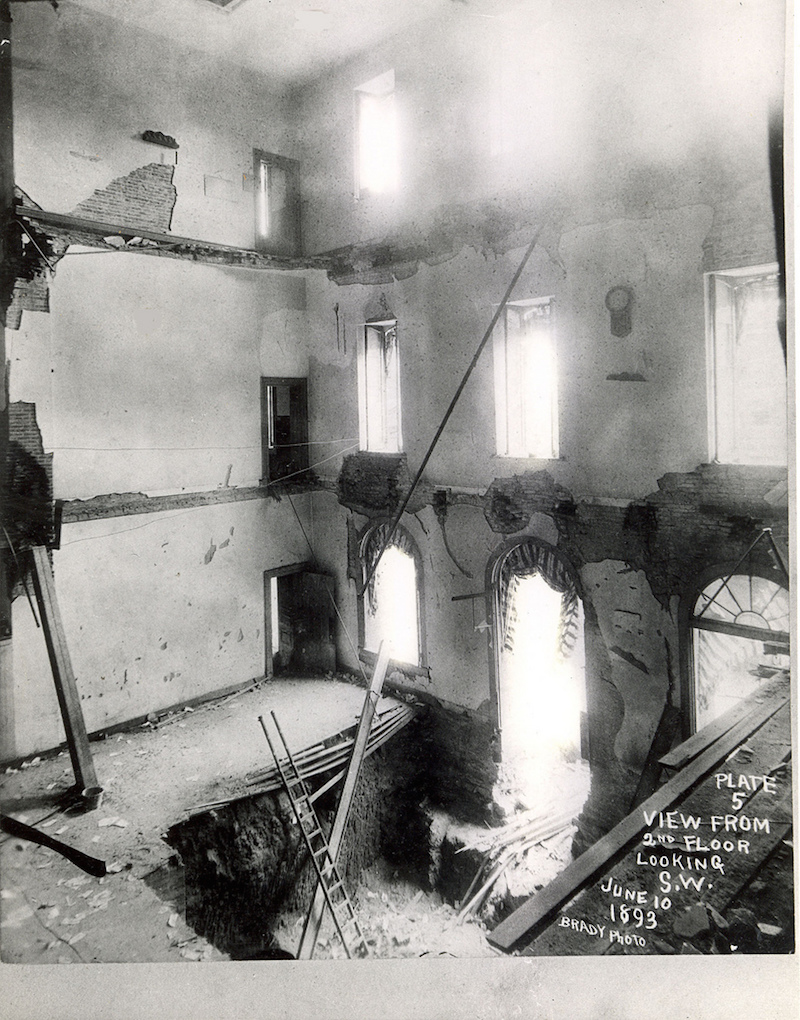 Few locations carry the historical weight of Ford’s Theater. Like Dealey Plaza, Little Bighorn, and now the Twin Towers, the site of Lincoln’s assassination is infamous, a shorthand for tragedy. But what’s eerie about Ford’s Theater is that the murder of the president 150 years ago was not even the worst thing that happened there.

Soon after Lincoln’s death, John Ford tried to reopen his downtown Washington theater. As BoothieBarn recounts vividly here, the public was outraged, and the federal government ended up buying the theater from Ford. At first, the government used as the Army Medical Museum. Then, in the 1880s, it became a War Department pensions office. In 1893 Col. Fred Ainsworth, the chief of the pension bureau, ordered construction to install electric lights in the building, “for the comfort and convenience of the employees,” the New York Times reported at the time. The electric light plant required extensive renovation to the basement, and employees began getting edgy when they noticed plaster falling from the ceiling on the upper floors.

On Friday, June 9th, during the workday, a beam in the basement collapsed, and a huge portion of the interior of the building collapsed, killing 22 people and injuring more than 100, most of them War Department employees.

A fraught inquest followed, with a “mob spirit” raging against Col. Ainsworth for his carelessness and indifference to the obvious danger. An account of one early hearing:

Here the tempest broke in its full fury. “Hang him,” was shouted from a dozen throats. Every man in the spectators’ seats rose at the cry. “Hang him, hang him,” the shouts grew louder. Col. Ainsworth sat cool and collected.

Ainsworth’s defenders, including the Times, claimed he was a victim of spiteful employees and former employees, and that the building had been in fine shape. The initial coroner’s inquiry found Ainsworth, the contractor, and others criminally negligent, but prosecutors never pursued charges against any of them. Ainsworth continued as head of the pension bureau. The federal government ended up paying $5,000 to the family of each victim, about $130,000 in 2015 dollars.

Since that 1893 tragedy, the building has had a gentler history. Rebuilt immediately, it served as a government printing office until the 1930s, then as a Lincoln museum until the late 1960s. In 1968, it was restored to its 1865 appearance, and reborn as a theater.

3 Dragons, 1 Unicorn: 4 Places That Claim to Hold the Remains of Fantasy Creatures

The Strange History (And Future) Of Lincoln's Funeral Train

Object of Intrigue: Edwin Booth's Letter to a Grieving Nation

Inside The Manhunt for John Wilkes Booth