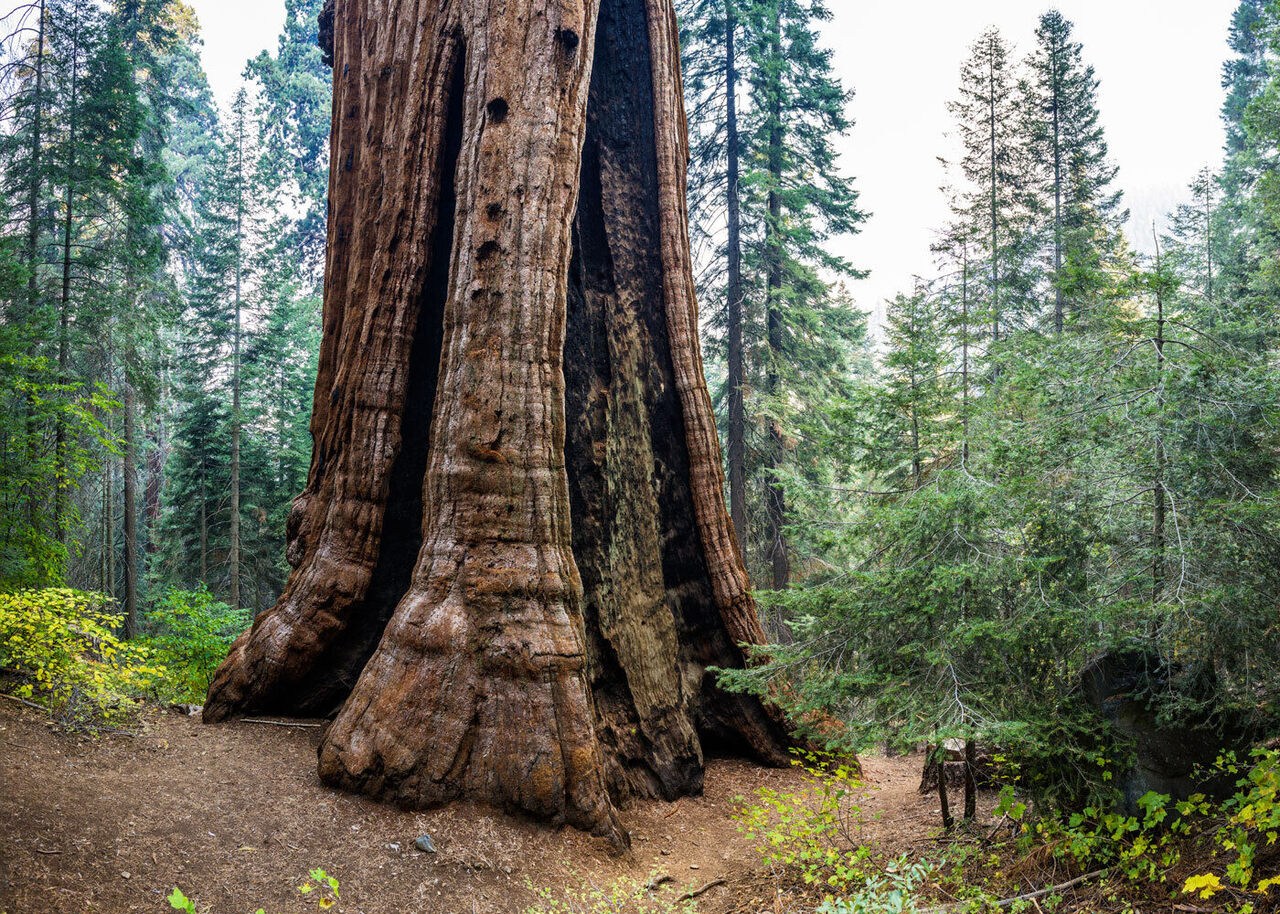 A conservation group is trying to buy a huge swath of giant sequoias. Max Forster, Save the Redwoods League
In This Story
Destination Guide

Giant sequoias are no strangers to history. The trees can last thousands of years, and at least one tree was already half a century old at the time of the Trojan War. But that’s if they’re uninterrupted by environmental devastation and human activity, two hazards that often go hand in hand. The environmental threats of drought and fire vex most of the Sierra Nevada’s forests, including groves of giant sequoias.

Now, a California conservation group is beseeching the public to step up and fund the purchase of a huge grove of the towering trees. “It’s an awe-inspiring place,” says Jessica Inwood, Parks Program Manager for the Save the Redwoods League. “It’s the last, largest giant sequoia property left in private ownership.” One sequoia on the property, the Stagg Tree, is believed to be the fifth-largest tree in the world.

Alder Creek, a 530-acre property in California’s southern Sierra Nevada, has been the property of the Rouch family since before World War II, according to The Mercury News. The league recently signed a purchase agreement with the family, and is seeking $15 million from the public to acquire the land and the giant sequoias on it, nearly 500 of which have a diameter of six feet or more.

Though the sequoias do not burn as frequently as other trees in Californias, the league intends to reduce tree overgrowth in order to mitigate the damage of future fires. “With fire frequency and intensity predicted to increase due to climate change and with significant fuels accumulation in the forest, the ecosystem is vulnerable to severe fire damage,” Inwood says.

The fires are nothing new, but the warm conditions that foster them are becoming more frequent, and the vast fires that result are difficult to combat. “Drought in a warmer climate is a big threat,” says Roger Bales, director of the Sierra Nevada Research Institute at the University of California Merced. “Also high-intensity wildfire, which is more likely with a warmer climate.”

According to Bales’ research, the sequoia grove at Alder Creek is in the middle range of vulnerability. “The groves made it through the recent four-year drought,” he says, referring to a California dry spell that killed over 100 million trees, “but some might not in a longer drought.”

If the Save the Redwoods League manages to buy the forest at Alder Creek, nearly all of California’s giant sequoia groves will ultimately end up on protected land. The league plans to transfer the land to the US Forest Service in the next decade, which will make it part of the Giant Sequoia National Monument.

Long after the forest stops burning, the effects of this year's fires will linger in the soil and water.
islands

The state has some strict standards to be named an exceptional tree, and competition is pretty stiff.
trees

These giants fascinated both conservationists and loggers.
Video • Object of Intrigue