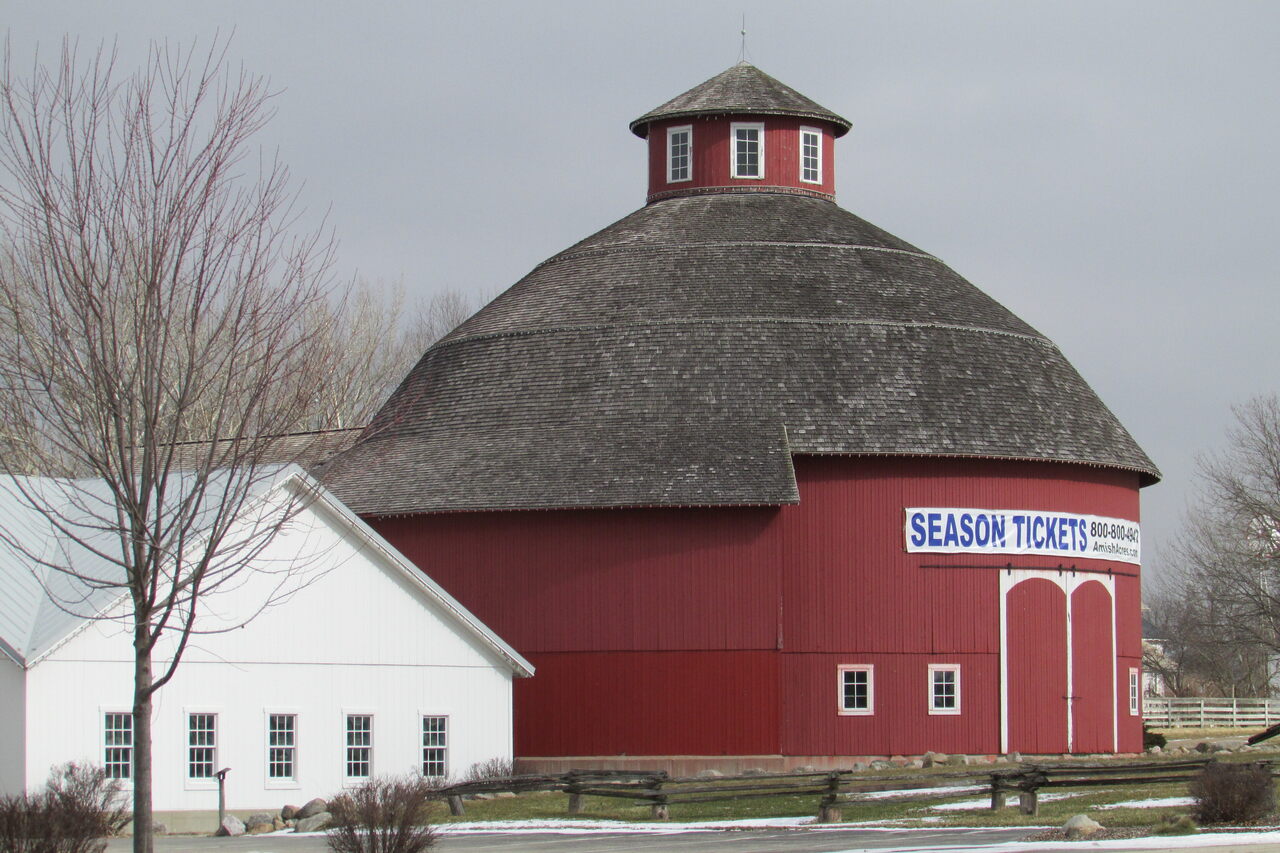 In 1962, Richard “Dick” Pletcher was a senior in college, working at his family’s furniture store in Nappanee, Indiana. Like his father before him, he had a dream: to preserve an Amish farm and open it to the public, to celebrate the small town’s rich Amish heritage. After graduation, Pletcher moved home and founded an arts and crafts festival that peddled Amish goods. “We sold hams and jams,” Pletcher says. “We even began giving buggy rides downtown.” In 1968, after seeing an Amish farm go up for auction, Pletcher seized the moment and followed his dream.

For 50 years, Amish Acres was one of the most famous tourist attractions in the area, and claims to be the only Amish farm listed in the National Register of Historic Places. But Pletcher, 78, is now ready to retire. Amish Acres closed on January 1 and will likely be divided into a number of smaller businesses, unless a high-roller with a penchant for Amish attractions snaps up the whole thing. The 28-acre property will be auctioned on February 5 by Schrader Real Estate and Auction Company, Inc.

Present-day Indiana was once the home of Native Americans such as the Potawatomi, but in the 19th century, the U.S. forcibly removed them to clear the way for white settlement. The town of Nappanee likely takes its name from an Algonquian word, possibly meaning “flour.” The farm that became Amish Acres was originally homesteaded by Moses Stahley, the son of one of the earliest Amish settlers in Indiana. In 1893, the family moved to Kansas after a windmill controversy divided the Nappanee Amish—conservative Amish rejected the use of modern windmills and manure spreaders, and moved West—and the farm passed into the hands of a cousin and a son-in-law. The farm fell into disrepair under its final homesteader, Manasses Kuhns, who finally sold to Pletcher in 1968.

Pletcher, his college friend Fred Simic, and Albert Kuhn, the son of Manassas, soon restored the farm to its original condition. “Albert had memories of how things looked when he was a kid, and he helped me through the whole process,” Pletcher says. “We got an entire crew of Amish carpenter farmers who helped us construct all of our original buildings.” Pletcher’s crew would spot old Amish structures around the town, buy them up, and rebuild them on Amish Acres. (Pletcher is not Amish, but says he is descended from Anabaptists, the Christian movement that spawned groups such as the Amish and Mennonites.)

The site opened in 1970, complete with a restaurant, buggy rides, and a musical theater inside a barn. Amish Acres initially offered free meals to all Old Order Amish people, but rolled back the policy when the restaurant proved too popular, according to the Amish Acres site. The theater, which seated 400, boasted an annual production of Plain and Fancy, a musical about Amish life, as well as a rotating repertoire of other shows. The historic log cabins, built in the mid-18th century, became home to a meat market and a soda and candy shop.

Amish Acres employed both Amish and non-Amish employees. One Amish employee quilted in the grossdaadi house, a smaller house traditionally reserved for the older generation. Amish Acres also played a rotating cast of three documentary films—The Genesis of the Amish, The Exodus of the Amish, and Amish Times are A Changin’—in the meeting house before the guided tour.

“Pletcher’s poured his life into it, and that’s what’s made it so special,” says Roger Diehm, the real estate agent selling Amish Acres. Diehm, who hails from the nearby city of Kendallville, first visited Amish Acres 20 years ago and kept returning. “I’ve seen Beauty and the Beast there, Annie, and, of course, Plain and Fancy,” Diehm says.

Amish Acres expanded over the years, sometimes by accident. In 1973, Kuhns rediscovered a root cellar that had collapsed. Pletcher and Kuhns restored the cellar, adding it to the historical tour of the farm. “We found all sorts of medicine bottles and glassware,” Pletcher says. “We thought we were real archaeologists.” During one festival on August 9, 1974, Pletcher rolled a TV into the gazebo so that attendees could watch President Richard Nixon resign the presidency.

Even though Pletcher is retiring, he has plans for yet another project. “I have no plans of sitting on a toadstool,” he says. He wants to help the Nappanee Public Library display a new collection of paintings from a female Mennonite artist. “She started painting in the ’40s, and you couldn’t tell her work apart from Grandma Moses’s.”

If you want to glimpse Amish Acres as it was in its heyday, there will be an open house on February 4 from 1-3 p.m, before the property goes to auction on February 5.

A Victorian storefront made famous in a 1967 painting is on the market—winter wonderland not included.
architecture

Way, way out in the Nevada desert, there's a perfect house for the posh recluse in your life.
farms

For Sale: The English Farmhouse That May Have Inspired 'Wuthering Heights'

Literary history is up for grabs, if you have the means.
farms

For Sale: Your Very Own (Extinct) Volcano

The regrettably named Posbury Clump could be yours for just $60,000 and change.
Read more
Thanks for sharing!