Meet the Woman Who Made a Historic Swim in Shark-Infested Waters - Atlas Obscura
Want to see fewer ads? Become a Member. 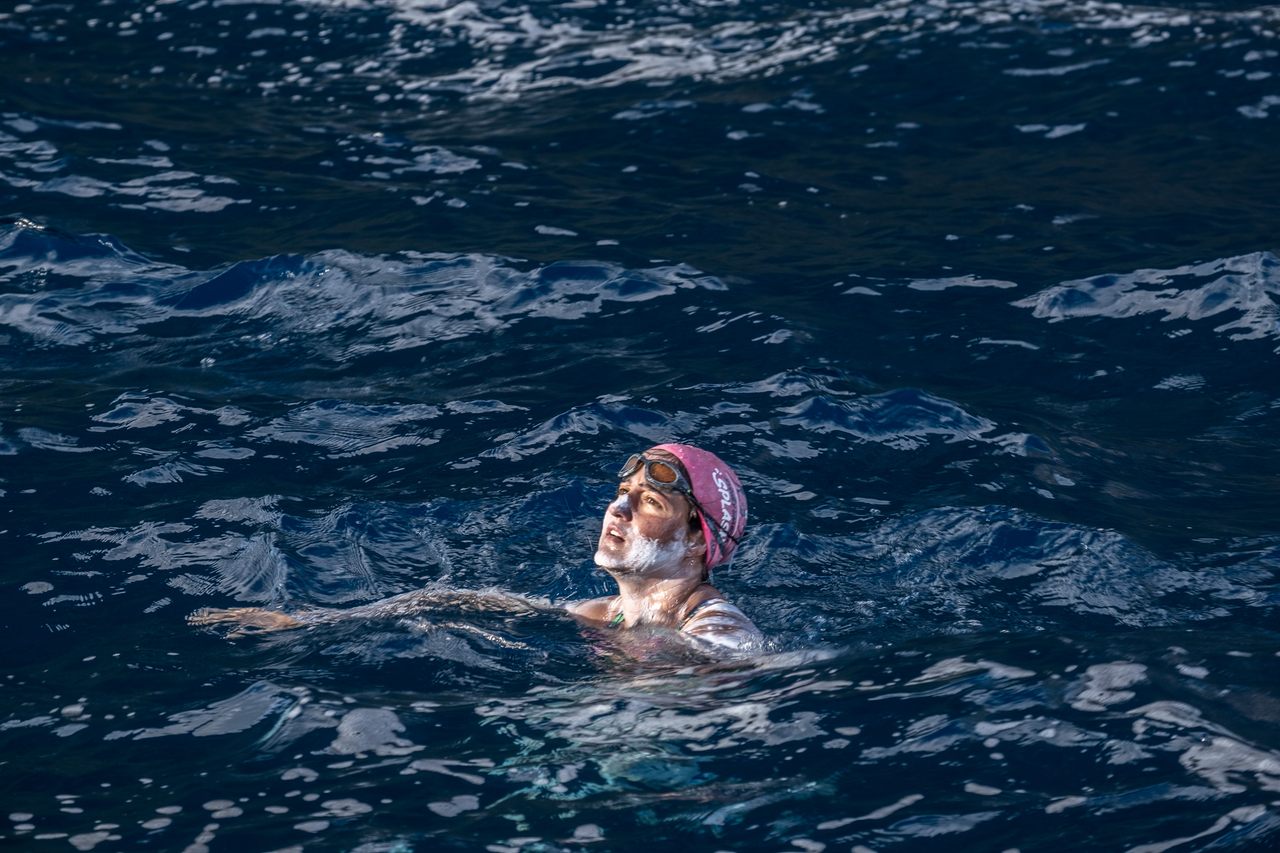 By day, Lauren Tischendorf, 39, is a special education assistant principal in Sydney, Australia. But, outside of work hours, Tischendorf swims, a lot. Just about every day, Tischendorf dives into the Pacific Ocean as part of an intense open-water swimming regime she’s maintained for years. And in 2021, Tischendorf set her sights on something that had never been done before—to become the first woman to circumnavigate the shark-infested waters around Lord Howe Island.

Five hundred miles northeast of Sydney, the small, volcanic island is 6 square miles and measures about 20 miles around. On what started as a clear April day, Tischendorf embarked on her historic swim. Accompanied by two small support boats but alone in the water, she had to deal with tiger sharks, unexpected conditions, and currents so strong she was swimming backwards for hours.

Atlas Obscura spoke to Tischendorf about being within hugging range of an ocean predator more than twice her size, how islanders took bets on whether she’d fail, and what she loves about the “treacherous joy” of open water swimming.

In addition to intense physical training to prepare for this swim, what sort of mental training did you do?

I’d done a bit of visualization and knew the stages around the island. If I have negative thoughts, I put them away. I also do a lot of counting when I’m swimming. Doing the swim around Howe Island, I did everything at various points—singing, counting, thinking about the people in my life. It’s a lot of time to yourself. So I thought about things that I’m grateful for, people who’ve impacted my life. It became quite a nostalgic swim. But a lot of it was just making sure I was putting one arm in front of the other. Because if you get distracted from what you’re doing, you slow down. So it’s just trying to be in that moment and focus on the task in front of you.

How were you feeling as you set out that day?

I was very excited, but also I was quite calm. I knew that I could lock it down and complete the swim. I knew going into the day that the conditions were going to be quite tough, in terms of the wind and the swell. Because the island’s sort of in the middle of the ocean, there are winds all around. And that day was particularly intense.

It started off flat and calm. But as the day got on, after six, eight hours of swimming, the conditions changed quite severely. The wind was coming up from the south and I just got stuck in some miserable currents and bad winds. I was swimming backwards and trying to fight currents for two hours. Eventually, I made it around the bottom end of the island and then it became a race to get in.

I thought I had sufficient time to make the final swim before sunset. But I had miscalculated. And the sun went down within half an hour. So I was swimming in the dark. But it turned out to be a blessing in disguise. The sky was just phenomenal, you know, one of those clear skies when you go into the mountains. And I had a flashlight being shone into the water and everything was just lit up with color. I could see into the reef and the animals and the sharks, everything. It was really beautiful.

What was your reaction to the sharks you encountered?

I knew there were going to be sharks. There is one section of the island that’s a shark nursery. This was also the area where the water and the wind were just not letting me move. I was counting the sharks I saw and then I got up to 12. I stopped counting then. Any more than a dozen is fine, but, you know, there’s no point in counting anymore. They were just following me and checking me out. Most of them were Galapagos sharks, which are native to the area. So they’re just inquisitive. Part of my training was swimming in areas where there were sharks. You’re always going to see sharks when you’re in the ocean and it’s more your reaction when you see them that will affect their reaction. So it was just making sure I was calm.

You did have a run-in with a tiger shark, though.

From the support boat, my mom had thrown over a line with a canister that was holding my food. Then the boat captain said, “Lauren, look down.” And I looked down and there it was, a massive tiger shark [one of the species most often implicated in attacks on humans]. Close enough that the shark was within awkward hugging distance. I let go of the canister. And as I let go, I started swimming. And the shark followed me.

They do fishing around that area. So the sharks are used to seeing, you know, lines and things like that in the water. So my support team pulled out the line with the canister and then I just kept on swimming. And I think the shark followed the line. Then I don’t know what happened because I just wanted to swim. My main focus at that time was to get out of those currents because I knew I was swimming backwards. It had been a close encounter. I was a little bit shocked by it, but that’s part of what happens when you’re in the water.

What was it like when you finally finished the swim?

It was incredible at the end. Lots of people from the island were at the ramp cheering, kids shouting, car horns going. It was really incredible because I knew the day before that they had bet that I wouldn’t finish. The conditions were that bad. So it was really lovely and so wonderful that the community was there and supporting me.

What do you love about ocean swimming?

I love that it gives me time to be outside. It’s a point in my day where I have to absolutely switch off everything that’s going on in the world. I get into pure flow and awe. You can get so much out of being in the ocean. Your body’s moving. You’re seeing different things. You’re feeling different temperatures. I get a lot out of it.

All you need is a dream, investors with deep pockets, and concrete. A lot of concrete.
military history

From Italy’s fortress-seizing countess to Angola’s battle-hardened Queen Njinga, these women didn’t back down from a fight.
roads

For decades, these women have fought (and won) the right to stunt.
islands

Ancient sites such as Nan Madol, the "Venice of the Pacific," may need to be reconsidered thanks to new evidence about sea level change.
Video