The Transformation of Namibia's Etosha Pan, From Parched to Soaked - Atlas Obscura 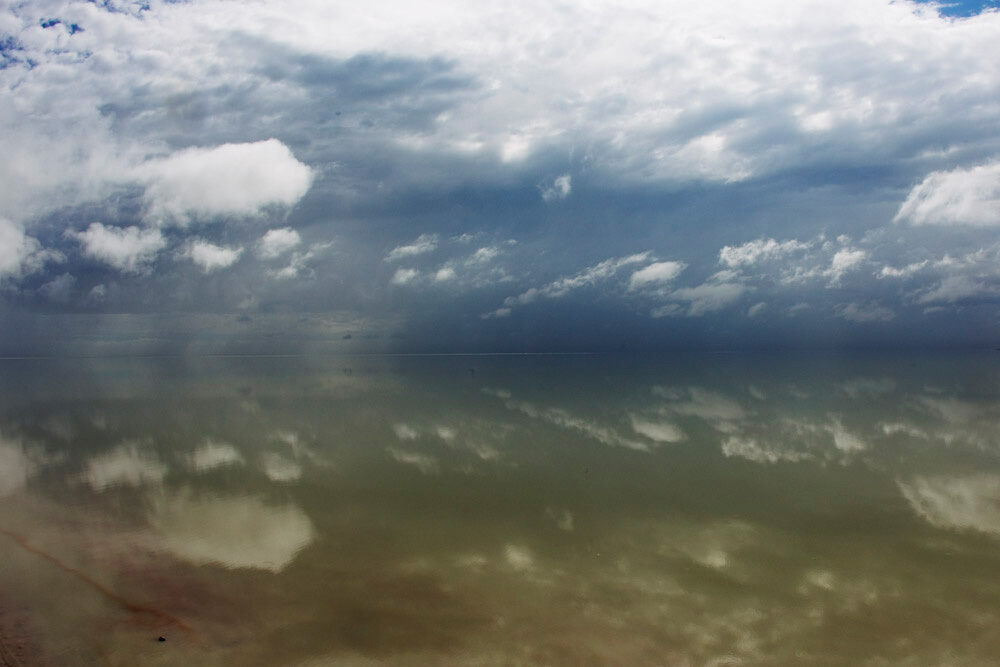 During wet periods, a thin sheen of water coats the salty expanse of the Etosha Pan. Yathin S Krishnappa / CC BY-SA 3.0
In This Story
Destination Guide

The Etosha Pan, in northern Namibia, is no stranger to extremes. The white, salty landscape—leftover from a prehistoric lake that dried up millions of years ago—is often dry, cracked, and dusty; the name means the “bare place” or “the great white place” in Oshindonga, a regional dialect of the Oshiwambo language.

But when rain arrives and tops off the rivers that empty into the salt pan, it’s anything but bare: The shallow basin shimmers with highly saline water often just a few inches deep, and becomes a haven for several animal species. As new images from the NASA Earth Observatory show, that transformation from bone-dry to bluish can occur in just weeks.

On December 11, 2019, NASA’s Terra satellite pictured the Etosha Pan looking dry, and the surrounding vegetation appearing patchy. By January 17, 2020, the same area was more watery and verdant. The Namibian reports that northern Namibia was pelted with above-average rainfall in December. The rain appears to have nourished the squiggly Ekuma River, which feeds into the Etosha Pan. In the January image, the Ekuma River appears dark blue.

In the summer months when the salt pan turns watery, the 2,400-square mile landscape is a haven for animals, and tourists flock to Etosha National Park to watch them. The water is too salty for most animals to drink, according to UNESCO, but it’s a mating spot known to put white pelicans and flamingos in the mood. (Unfortunately, populations have struggled anyway.) Throughout the year, visitors might spot black rhinos, ostriches, elephants, wildebeests, zebras, and more roaming the surroundings, which include mopane woodlands, grasslands, and shrubby stretches, or congregating at spring-fed water holes that freckle the edges of the pan.

The pan is forecast to stay slick through March, NASA reported, with more downpours expected throughout the rainy season. But eventually it will be dry again, and Namibia’s hottest interspecies hang-out spot will be a little less hopping until the rains return.

Why American Kids Have Been Going to Soviet Sleepaway Camp

Deep in the Desert in West Texas, a Spring-Fed Swimming Pool Beckons

It's not just a recreational hotspot—it's also an ecosystem.
insects

In the Namib Desert, slaking thirst is a slow process.
deserts

These Namibian Hills Are Holdovers From an Ice Age

They reveal that ice was once speeding through southern Africa.
Video • PinDrop

1:18
Want to see fewer ads? Become a Member.
From Around the Web
Related

Conservationists were baffled when hundreds of elephants died in the Okavango Delta this summer.
Read more
Thanks for sharing!