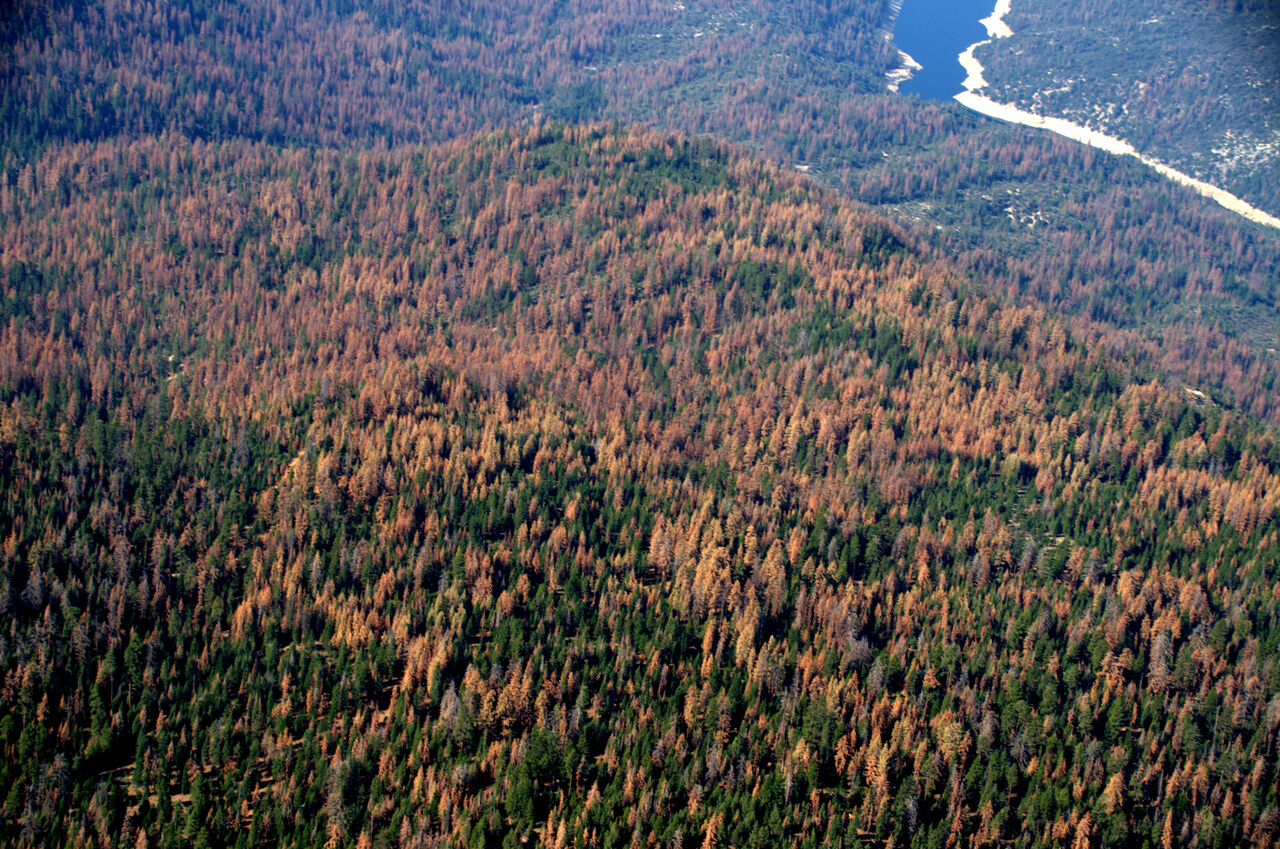 The great drought in California that lasted from 2012 to 2015 technically began on October 1, 2011, the first day of what hydrologists consider the new water year. Things got warmer and drier from there, with 2014 as the warmest and driest since record-keeping began in 1895. The drought affected just about everyone and everything in the state, especially its trees. Now two California researchers have found that the problem went deeper than previously thought.

Their new study, published in the journal Nature Geosciences, posits that in the Sierra Nevada range that spans much of central California, the drought—unlike previous ones—resulted in deep soil drying, when the forest uses up the water from the deepest reaches of its root system.

“We knew the Sierra Nevada was changing. We happened to be in the right place at the right time,” says Roger Bales, coauthor of the study and director of the Sierra Nevada Research Institute. “Geez, we could’ve predicted this because we had all the data right in front of us.”

The root systems of the mixed-conifer forest of the Sierra Nevada can extend nearly 50 feet below the surface. In previous droughts, Bales says, trees have been able to endure by pulling water from those deep levels, far beneath the parched, drought-affected surface soil. It’s their drought safety net. But because the recent rain-less years were warmer than previous ones, trees across the Sierra Nevada needed even more water—taxing and eventually exhausting those critical reserves. The result was more than 100 million individual trees dead by 2016, Bales says.

“When temperature goes up and water is quickly evaporated, nutrients can’t be taken up and plant production goes down,” says Kenneth Anyomi, a tree researcher at the University of Quebec who was unaffiliated with the study. “When it goes on for longer periods, the trees die.”

Bales and his colleague, Mike Goulden of the University of California Irvine, say that as climate continues to warm, droughts are going to hit harder and harder—and the only solution is simply to have fewer roots to feed—meaning sparser forests overall. It’s a process that appears to be underway, though now all the dead, dried-out trees have the potential to worsen the already serious problem of wildfires in the region.

“We need fewer trees in the forest,” says Bales. “The job of land managers is to suppress fire. We have a massive job now to bring the forest back down to a sustainable level.”

On Java’s Coast, a Natural Approach to Holding Back the Waters

Villagers are using natural wooden barriers to try to restore the mangrove forests and save their lands and homes.
forests

With a little help from scientists, an oak in the Harvard Forest is sharing updates about its life.
forests