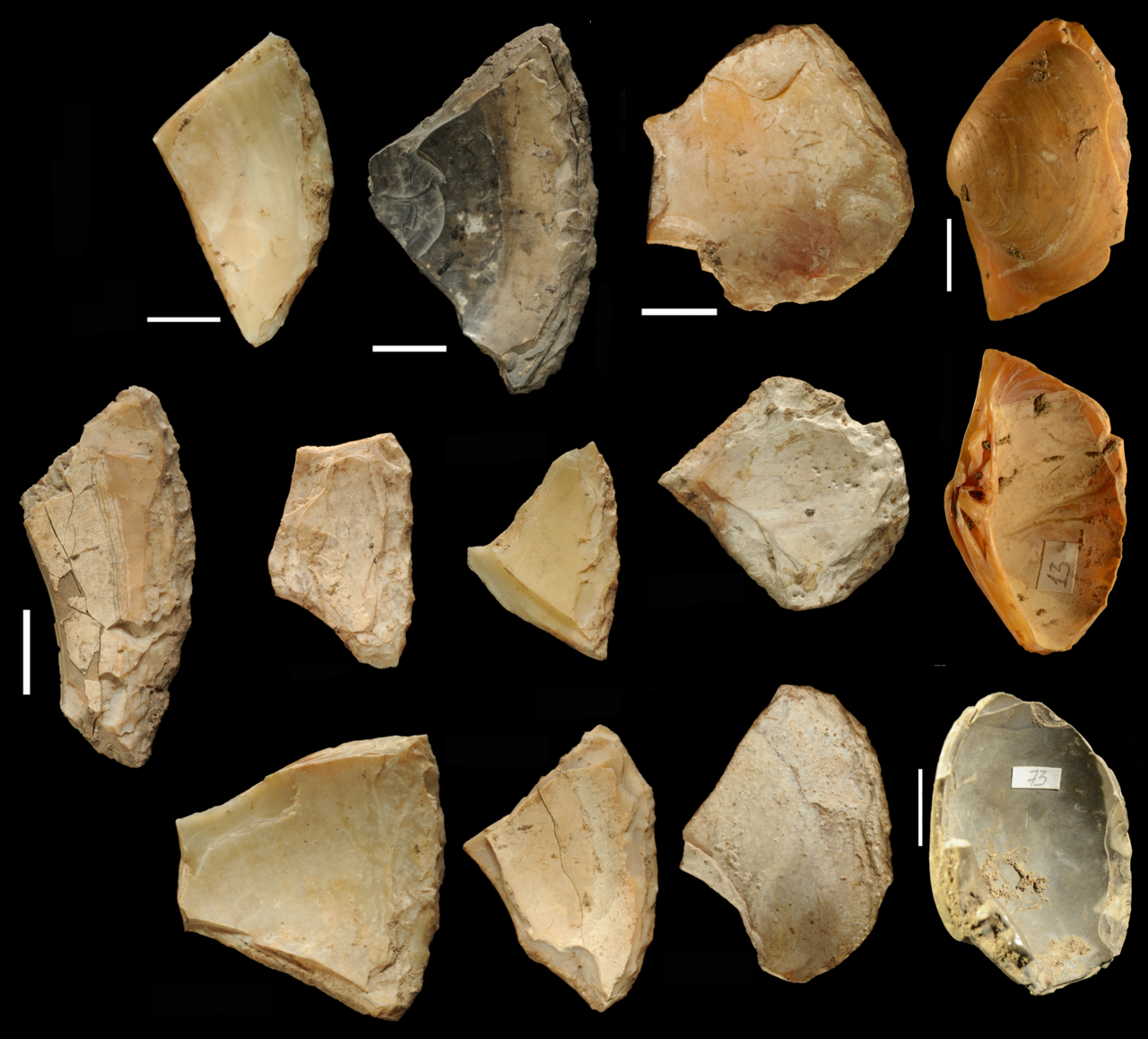 In 1949, archaeologists pulled 171 clamshells and 49 pumice stones and fragments out of a seaside cave in Italy, up the coast from Naples. The assemblage predated the arrival of Homo sapiens in Western Europe, but had clearly been worked by a human hand. That left only one suspect: Neanderthals.

The actual origins of the clams, however, was overlooked, and it remained that way for the past 70 years. Now, a new paper published in the journal PLOS One argues that the Neanderthals didn’t just gather the dead material from the nearby beaches—they actually dove into the Mediterranean for it themselves.

“If you’re a Neanderthal in Italy, I can tell you there’s lots of beaches, and lots of caves near the sea,” says Paola Villa, an archaeologist at the University of Colorado and lead author of the paper. “They probably collected [the clams] by just holding their breath underwater and scooping them off of the seafloor.”

Like many bivalves, the smooth clams found in Grotto dei Moscerini—Callista chione—like to embed themselves in the seafloor, leaving just their siphon above the sand to feed. By looking at the degree of wear on some of the shells, which remained shiny, Villa’s team determined that the clams weren’t scavenged off the dry sand like their more opaque brethren. Rather, they’d been plucked directly from their burrows under the sea.

The clams weren’t all that deep in the water—probably just a dozen or so feet beneath the surface. For the Neanderthals, their shells made a convenient substitute for the workable stone lacking in the region.

“When we have more stone tools, we have less shells, and vice versa,” Villa says of Neanderthal sites. “When they had more stone, they didn’t care about the shells.”

The Neanderthals at Grotto dei Moscerini likely inhabited the area seasonally—during the winters—based on previous archaeological work on shell fishing in the Upper Paleolithic, the time period that saw the extinction of Homo neanderthalensis.

Recent research has determined that some Neanderthals suffered from swimmer’s ear—an outer ear infection typically caused by water lingering in the ear, which can create a fertile ground for bacterial growth. Perhaps our water-loving cousins forgot to shake their heads after swimming.

Unlike the clamshells, the pumice stones found in the cave were not from the area. Rather, Villa argues, the porous rock made its way to Grotto dei Moscerini on sea currents, which floated it north from the Neapolitan volcanoes. The rock would likely have been used for polishing and abrading other tools.

“[The pumice] was definitely collected by Neanderthals,” Villa says. “The cave is more than 200 meters [650 feet] in elevation, and pumices don’t fly.”

Given that there’s no evidence Neanderthals could fly either, it was probably convenient to them that the pumice washed up on their doorstep. And as for the clams, it was probably easier to hit the beach than to scrape the sky.

For skeptics, no amount of crab legs and speared shark are enough to upend the caveman stereotype.
caves

An Iranian Cave, a Neanderthal Tooth, And an Ice-Age Murder Mystery

The limestone cliffs harbor hundreds of passages that offer glimpses into the distant past.
skulls

Solved: The Mystery of a Lonely Human Skull in an Italian Cave

Scientists found answers in a single piece of evidence.
List