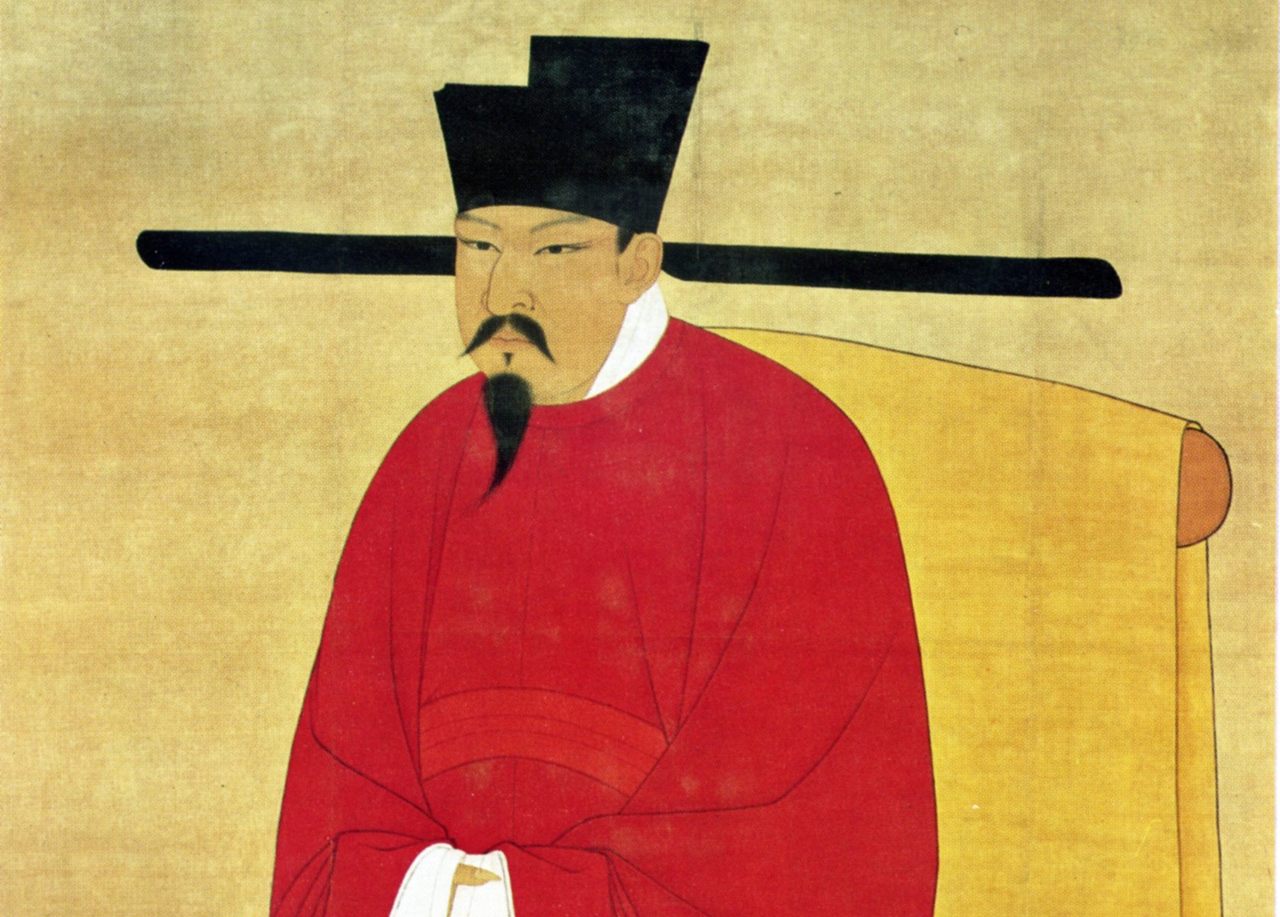 In April 2020, as children in China started returning to school after COVID-19 closures, an ancient hat from the Song Dynasty came back into fashion. At a primary school in Hangzhou, pupils donned handmade headgear that they fashioned out of paper, balloons, and other crafts, with protruding arms that spanned one meter. These eccentric hats were intended to help them adjust to social distancing measures, the South China Morning Post reported, and they were modeled after hats once worn by Chinese officials. Photographs of the students have been circulating on the internet, and so has a popular legend: that the hats were designed to keep officials away from each other, so that they couldn’t whisper and scheme with one another.

According to a scholar of art history and Asian studies, however, the “social distancing” function of the Chinese hats is rooted in “an unfounded speculation.” Jin Xu, an assistant professor at Vassar College, writes in an email, “Modern scholars trace the origin of the rumor to a 13th-century Chinese scholar who’s known for his shoddy scholarship.”

The original headwear was made of somber black cloth and was called futou, or more specifically zhanjiao futou—zhanjiao meaning “spreading feet or wings.” Early futou were simple cloths wrapped around the head, and wearers eventually padded them with wood, silk, grass, or leather, writes the scholar Mei Hua in Chinese Clothing. In the Tang Dynasty (618-907), as futou gradually took on the appearance of a more fitted, structured cap, officials began adopting them, adding two long wings made of stiffened ribbons.

Futou became a common accessory during the Song Dynasty (960-1279), although most of them had less cumbersome extensions—more feet than wings. People of all classes wore these hats, and there were five styles that individuals donned, according to their status or for various occasions, notes Liu Fusheng in A Social History of Medieval China.

“Some warriors wore the ‘curved-feet futou’ or ‘flower-like futou with feet curved backward,’ or the ‘cross-feet futou,’ and musical instruments players in the imperial music office liked to wear the ‘long-feet futou,’” Liu writes. “On some special occasions, such as longevity ceremonies held for the royal family or imperial court banquets, officials would pin flowers on futou … And there were lustreless futou and white crêpe futou worn at funerals.”

The shape of the wings indicated the wearer’s rank, and the longest were reserved for the emperor and other high-ranking officials. Yu Yan—the hapless scholar who first speculated about the “social distancing” function of these hats—made his dubious claim in his four-volume text, The Pedantic Remarks of the Confucians. The purpose of futou, he scribbled, was “perhaps to avoid [the officials] whispering to each other when having an audience with the Emperor,” Liu writes.

The futou that Yu Yan described were likely made of plain or lacquered muslin, with extended ribbons that were reinforced with iron wires or bamboo strips. One style of wings was particularly narrow and long, “projecting as much as two feet from either side of the wearer’s head,” Alexandra B. Bonds, a professor of costume design at the University of Oregon, writes in Beijing Opera Costumes: The Visual Communication of Character and Culture.

Variations on futou cropped up during the Ming Dynasty (1368-1644), but new headwear entered the court after the Manchus took power and established the Qing Dynasty (1644-1912). Since that time, the hat has resurfaced in paintings and theatrical costumes, and different versions of it can still be spotted on stage during Beijing Opera performances. “The wings are mounted on springs, and the actor can make them quiver to expand their expression,” Bonds writes in an email. “Each style represents rank or sometimes personal characteristics.”

Individually crafted and embellished, the hats of students in Hangzhou are similar expressions of personality and style. Bonds adds that she’s delighted by how the pupils have repurposed this object from their cultural heritage. “Whether the headdress was originally intended to prevent courtiers from plotting sedition or not, the wings certainly would have precluded private conversation,” she says. “They can serve the same purpose today by reminding the students of the space required for social distancing, while also teaching them about their history, and giving them an art project. What more could a teacher want from an assignment?”

The Enduring Haute Couture of a 466-Year Old Kimono House

Glass Dresses, The Fairytale Fashion Trend That Never Quite Took Off

The World's Fair showstopper highlighted the appetite for mingling science and apparel.
sexism

Before Mace, a Hatpin Was an Unescorted Lady’s Best Defense