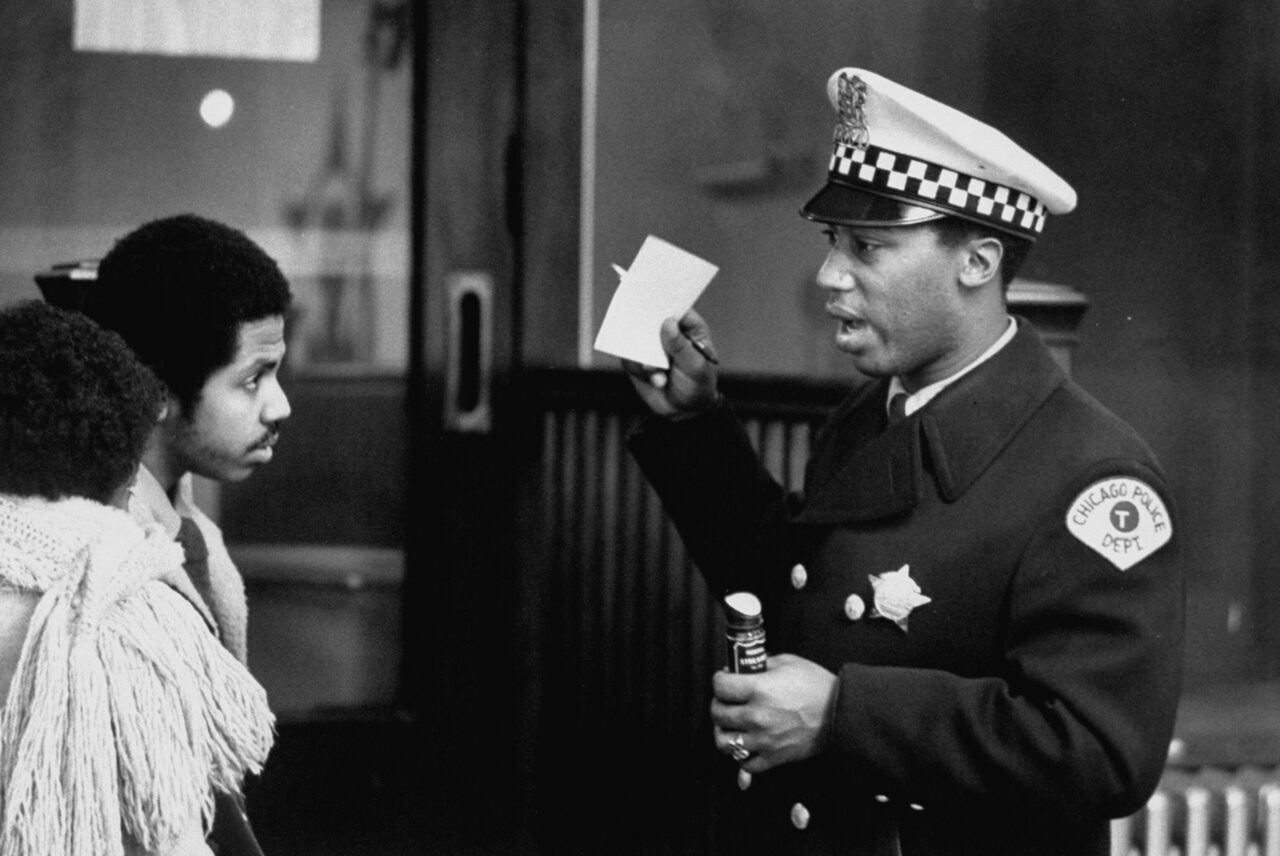 But a culture that Chicago Mayor Rahm Emanuel publicly referred to as a “code of silence” does not happen overnight. A new collection of records on display at the Chicago History Museum gives insight into the city’s race and policing relationship from an often-overlooked perspective—black police officers.

The Chicago History Museum has opened records, including lawsuits, investigations, and reported instances of police brutality from the Afro-American Patrolmen’s League, a group also known as the African-American Police League. The AAPL was founded to advocate for fair treatment and the advancement of black officers in the 1960s and ’70s. The records, donated by AAPL founding member Renault Robinson and former president and executive director Howard Saffold*, are now publicly available for free in the museum’s research center.

They were released to clear up misconceptions about the AAPL’s work and provide the public with a chance to see for themselves what kind of information the AAPL possessed, says Saffold. With the ongoing dialogue surrounding police and government accountability, the release of these AAPL records demonstrate that the police brutality is not a new issue and allows them to be seen by more citizens, Saffold says.

“There’s a lot of misconception about what the Afro-American Patrolmen’s League was really about, and we just want people to read for themselves what those records say,” says Saffold, who served as a patrolman in the Chicago Police Department from 1965 to 1991.

According to Julie Wroblewski, archivist of Archives and Manuscripts at the Chicago History Museum, the collection includes 331 boxes worth of files. The museum has partnered with ProQuest to digitize the files and make them available to those who have access to the ProQuest database. The digitization process is set to begin later this year.

The AAPL kept an ongoing log of police harassment brutality complaints from citizens. Grievances with the police ranged from alleged purse snatching and searches without warrant to using excessive force on citizens.

One such letter, sent by a Chatham neighborhood resident on the city’s South Side, reads “I called your office in regard to frequent calls made to the Central Office to make police calls to my home in the middle of the night…I am a middle-aged black woman with a teenage son and we live in my home alone. These ‘raids’ on my home are very distressing … The last such call to my home was made on 2.30 a.m. March 21, 1971. I have also had my telephone number changed three times with[in] the last year. I had been severely harassed by phone.”

A testimony from a Chicago nurse, dated June 16, 1971, described the alleged beating of a group of kids near Presbyterian Hospital. “I watched one of the officers put a black glove on. He told three boys in a black car to ‘get your black asses out of the car.’ I saw that officer, Schmidt is his name, hit one of the boys. I also saw him hit Andrea Kidd on the shoulder when she tried to speak with him. I accompanied several of the other nurses to the jail where the boys were taken and to the County Hospital. As a nurse, I would definitely say that Herman Picket, one of the boy victims, was beaten between the time he left the scene and when I saw him at the hospital.” The mother of the boy who had reportedly been beaten described her son as “bleeding from his mouth and ears.”

Other documents illustrate the tension between black officers, elected officials and fellow Chicago police officers. A letter dated February 4, 1977, to former President Jimmy Carter, called out the lack of blacks involved in policymaking decisions and urged the President to involve the National Black Police Association as a tool for combating nationwide crime. (The AAPL joined other similar organizations to form the National Black Police Association in 1972).

In addition to logs of police complaints from citizens, letters to elected officials and internal documents outlining the inner workings of the AAPL, there are other disturbing details about police shootings, including the 1971 shooting of Lamont Knazze. Knazze, a police officer, was reportedly shot while in plain clothes by a white officer within his own unit, the documents asserted.

“The shooting was called an accident even though the white officer, John Pappas, fired without proper justification and in violation of the Police Department rules and regulations,” according to a letter sent to the Association for the Study of Negro Life and History, Inc.

From the calls for better community-police relations, the discussion on “black-on-black crime,” to the allegations of widespread police brutality, the documents show parallels between policing controversies during the AAPL era and today’s Black Lives Matter movement, which centers on police brutality but also calls for better educational, social and economic resources within the black community.

The records, Saffold says, are meant to not only to educate the public about the AAPL, but to also help provide context when evaluating historical events. With the ubiquitous nature of technology, it’s easier for youth to record and keep track of what’s happening within the community than when the AAPL operated, he adds.

The release of the records reveals an in-depth account of how far back Chicago’s policing problems go. For young activists, aspiring public servants, future officer and the public in general, the records could provide historical guidance toward policing-community relationships that work, Saffold says.

“The history, the repeating of what’s going on is not new. It’s just how many ways can we expose and how many people can be included,” Saffold says. “Young people that are getting ready to go into professions of law enforcement, being a lawyer, elected official that sits on the bench as a judge or being a reform person working through the penal system, I’d would say try to learn from history what worked and what didn’t.”

Why Are NYPD Cruisers Playing the Ice Cream Truck Jingle?

The melody occupies a niche space at the intersection of ice cream, entertainment, and Black history.
museums

Sam Howe filled his books with newspaper clippings about crime in Denver.
television

The characters in the acclaimed horror drama fight both monsters and white supremacy.
animals

The Surprising Importance of Skunks in the History of Chicago

The most interesting spots to spend Valentine's Day in the Windy City.
List

Strange and fascinating graveyards to visit in the Second City.
List

Wonderfully unique stores to visit in the Second City.
Video

How D.C.’s Museums Plan to Preserve the New Era of Protest

The effort to document Black Lives Matter and more—in real time.
Read more
Thanks for sharing!