Found: An Ancient Roman Shipwreck Off the Coast of Cyprus - Atlas Obscura 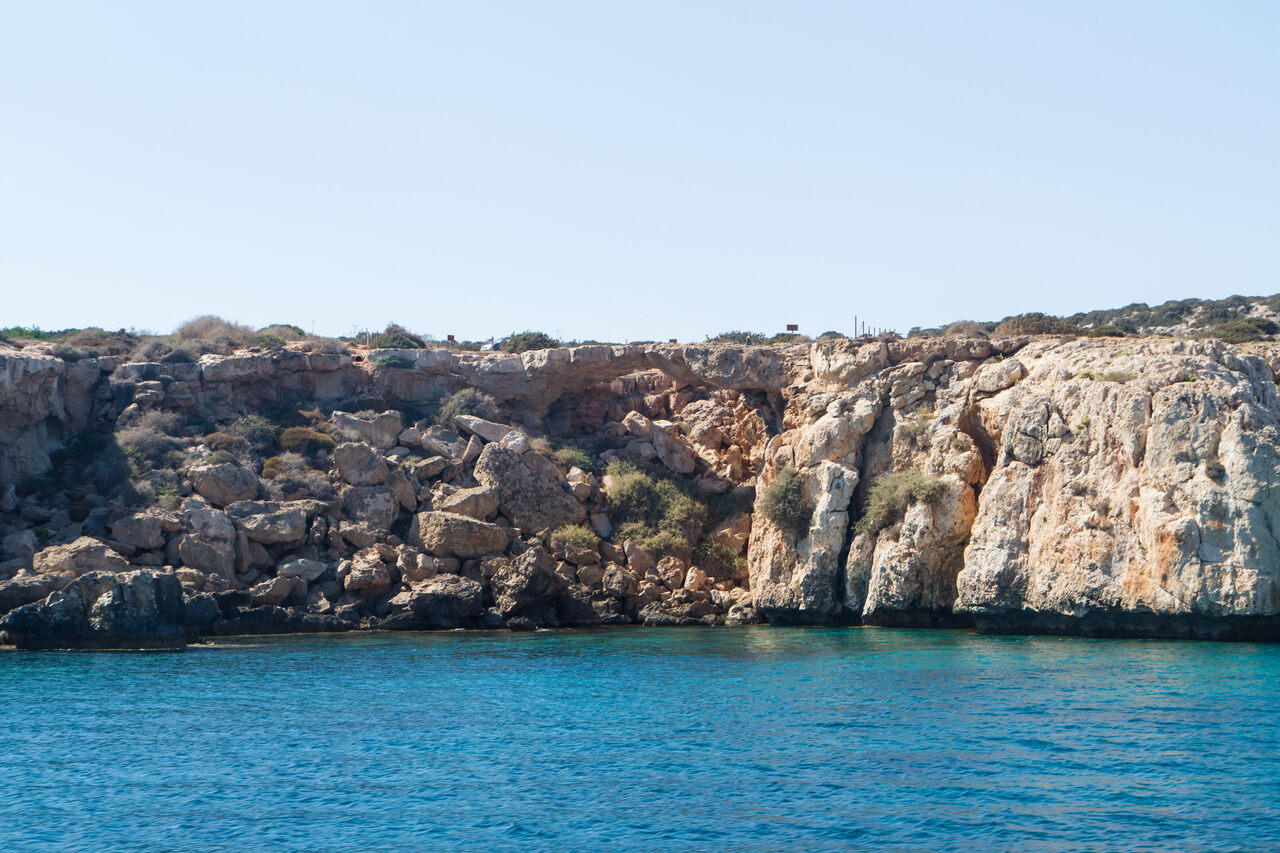 The waters of Protaras, Cyprus, near where the shipwreck was spotted. Максим Улитин/(CC BY 3.0)

In the classical age, from the eighth century B.C. to the sixth century A.D., Roman ports dominated the coasts along the Mediterranean Sea. The Roman Empire—which was known for trading everything from perfumes to papyrus to purple dye—revolutionized trade routes on both land and water before its infamous fall in the fifth century. Recently, volunteer divers with the University of Cyprus’s underwater archaeological research team came face-to-face with a fragment of Rome’s maritime trading history when they discovered an ancient shipwreck filled with imported cargo near the resort town of Protaras.

“It is the first undisturbed Roman shipwreck ever found in Cyprus, the study of which is expected to shed new light on the breadth and the scale of seaborne trade between Cyprus and the rest of the Roman provinces of the eastern Mediterranean,” Cyprus’s Department of Antiquities said in a statement. The shipwreck was spotted off the southern coast of the island and is the second notable wreck from antiquity to be discovered in the region in recent years. One found in 2007, near the village of Mazotos in Cyprus, dates to the mid-fourth century B.C. and revealed intact jugs of (very) aged wine.

After stumbling upon the centuries-old cargo, the divers reported their find to the Department of Antiquities. Given the rarity of the discovery, funding has already been secured for a team of archaeologists to do preliminary research on the wreck in situ. And while a thorough examination of the goods is still forthcoming, experts have already made an initial determination of what lies within the wreckage. “The site is a wreck of a Roman ship, loaded with transport amphorae, most probably from Syria and Cilicia,” said the Department. Amphorae were jars commonly used to hold olive oil and wine.

In addition to supporting the archaeological investigation, the Department is also working on securing protections for the site, to ensure the conservation of this important watery wreck.

The World’s Fastest Glacier Is Loud, Dangerous, and Transfixing

For those in the Greenlandic town of Ilulissat, it's also an enchanting neighbor.
ancient greeceshipwrecksromanislands

Remembering When Only Barbarians Drank Milk

"Butter eater" was once a terrible insult.
shipwrecks

Found: Roman Shipwrecks Off the Greek Island of Naxos

Amphoras and anchors at a popular stop on east-west trade routes.
islands

A lost 1818 newspaper article may be a critical clue.
ships

The Livestock Living at the End of the World

Things get hairy when you plop pigs on a subantarctic island.
Read more