Inside the World of Obscure Livestock - Gastro Obscura
Want to see fewer ads? Become a Member. 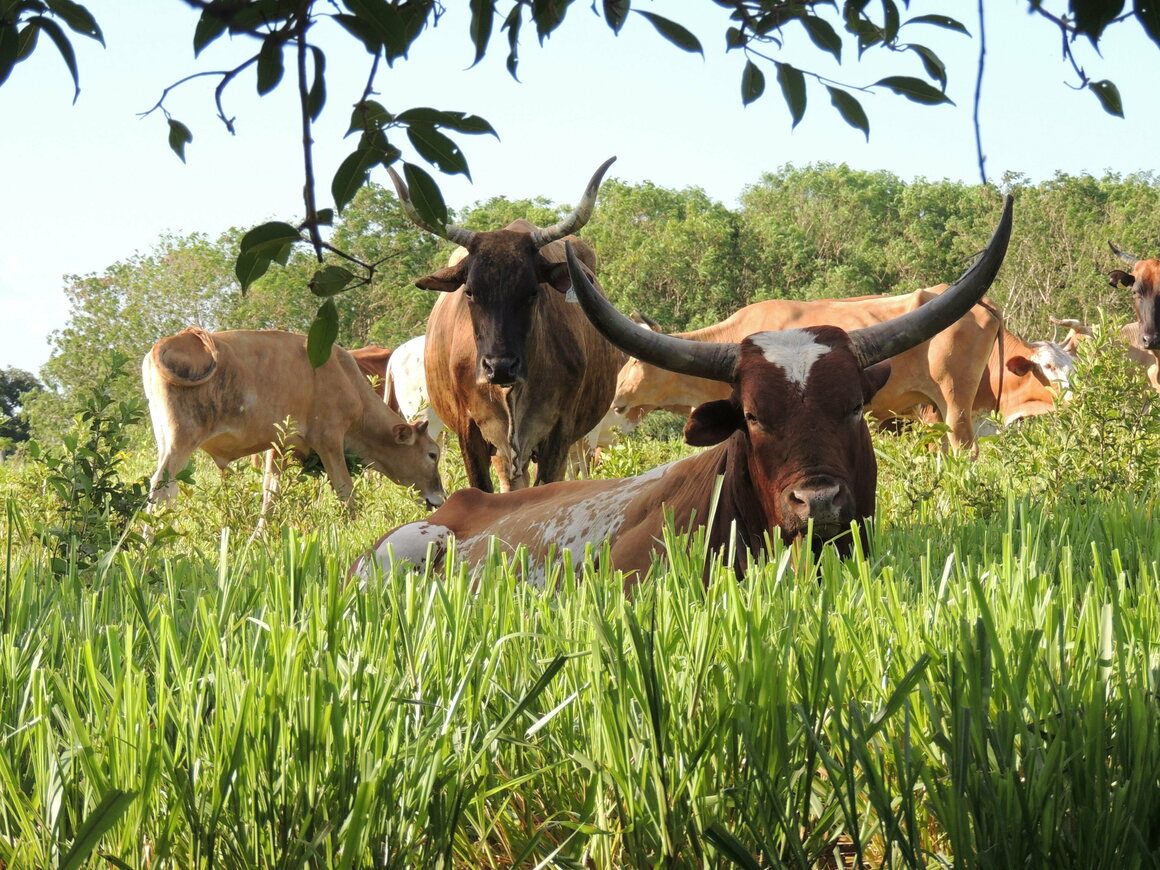 Pantaneiros are rare, but perfectly adapted to the swampy Pantanal wetlands of South America. Courtesy of Marcus Vinicius Morais de Oliveira
In This Story
Place

An island off the coast of South Australia is home to the last purebred Ligurian bees.

This article is adapted from a special edition of the June 12, 2021 Gastro Obscura newsletter.

On a summer day in 1951, thousands of chicken aficionados filled a stadium in Arkansas to watch a bird be crowned “the Chicken of Tomorrow.” This was no beauty contest. Backed by the Department of Agriculture, the competition had one goal: to find a chicken so ample, so blessed with meaty breasts and thighs, that poultry, which was still associated with wealth and prosperity, would become cheap and affordable for every American.

As a band played and the crowd cheered, the winning farmer received a check for his prize chicken, a cross of two varieties, a California Cornish and a New Hampshire. Compared to the scrawny state of chickens at the time, the winning bird’s girth was remarkable. Soon enough, the champion-chicken breed, along with another winner, accounted for the majority of broiler chickens sold in the United States, mostly by two giant corporations, and were bred to become even larger.

But now, generations later, the Chicken of Tomorrow and its peers have muscled out America’s heritage poultry. Across the world and across types of livestock, a similar pursuit of cheap meat has winnowed the genetic pool and eliminated charming idiosyncrasies. Whereas chickens, cows, and pigs once varied regionally (hairy hogs in cold climates, lightly feathered chicks near the equator), the remaining animals are less adaptable and less interesting.

Thankfully, concerned scientists, livestock lovers, and forward-looking farmers are seeking to end the decline. Here’s a look at the world of obscure livestock they’re looking to save, and that we at Gastro Obscura love so much.

The Mangalica, a pig with distinctly sheep-like wool, nearly disappeared under Soviet policies that prioritized mass production. It has since made a comeback in its native Hungary, where its rich flavor has earned it the moniker the “Kobe beef of pork.”

This jacked cow was bred for a mutation that causes “double-muscling” and bigger cows. Overselection for the trait leads to health problems, but considerate breeding produces healthy cows that ranchers describe as gentle giants.

Đông Tảo chickens are named after the rural Vietnamese commune where they are raised. Also known as dragon chickens due to their scaly legs, they were once bred for royal meals, and remain highly valued. There are even regular Đông Tảo beauty competitions.

The Valais Blacknose sheep, pictured here being adorable, is raised for its meat and carpet-worthy wool. A rare and hardy breed found, until recently, only in certain Swiss villages, its popularity on social media has led to its export abroad.

Described by anthropologist Manvir Singh as “a cross between a cat, a monkey, and a Furby,” the cuscus has provided protein and fur to Pacific Islanders for millennia. While they have not been domesticated fully or bred selectively like chickens, cows, and pigs, they may be humanity’s first livestock. Evidence of Pacific Islanders bringing them along as they settled new Pacific Islands thousands of years ago is challenging our perception of earlier humans as merely hunting and gathering.

Many Breeds, Many Rescue Efforts

A nondescript building in Fort Collins, Colorado, contains a treasure: nearly 1 million vials of frozen semen from livestock, including farmed fish. Much like a seed bank, the center is a backup, capable of providing the genetic material of endangered or extinct species to farmers or scientists looking for breeds with specific traits, such as the ability to live at high altitude, or notably tender meat.

Are bees livestock? Yes they are! And on Kangaroo Island, Australia, you’ll find a sanctuary that’s home to the world’s only remaining purebred Ligurian bees, which produce a honey once enjoyed by ancient Romans. Strict policies protect the bees from the inter-breeding and disease that led to their disappearance in Europe.

Since it matures slowly, the Pantaneiro cow fell out of favor with Brazil’s ranchers. But conservationists note that Pantaneiros, which happily wade through the tropical wetlands of Pantanal, are the only cow known to breed in flooded terrains—a valuable trait in a warming, increasingly flood-prone world. So they partnered with ranchers to promote a traditional cheese made from Pantaneiro milk, which is strong, similar to mozzarella in taste, and damned tasty when paired with black coffee.

While conservationists and farmers protect endangered breeds as a matter of diversity and heritage, others are aiming to “rewild” livestock. North of Milan, chicken farmer Massimo Rapella lets his birds roam the forest, where they eat chestnuts, leaves, and ants and lay eggs among roots and branches. Gastro Obscura contributor Vittoria Traverso describes the taste of their eggs as “so rich, it almost can be eaten plain.”

An eccentric heiress, a daring mission, and the fight for North America’s most unusual pig.
food

It's time to change our 10,000-year relationship with cattle.
islands