This Man Wants You to Rethink Everything You Know About Cows - Gastro Obscura
Want to see fewer ads? Become a Member. 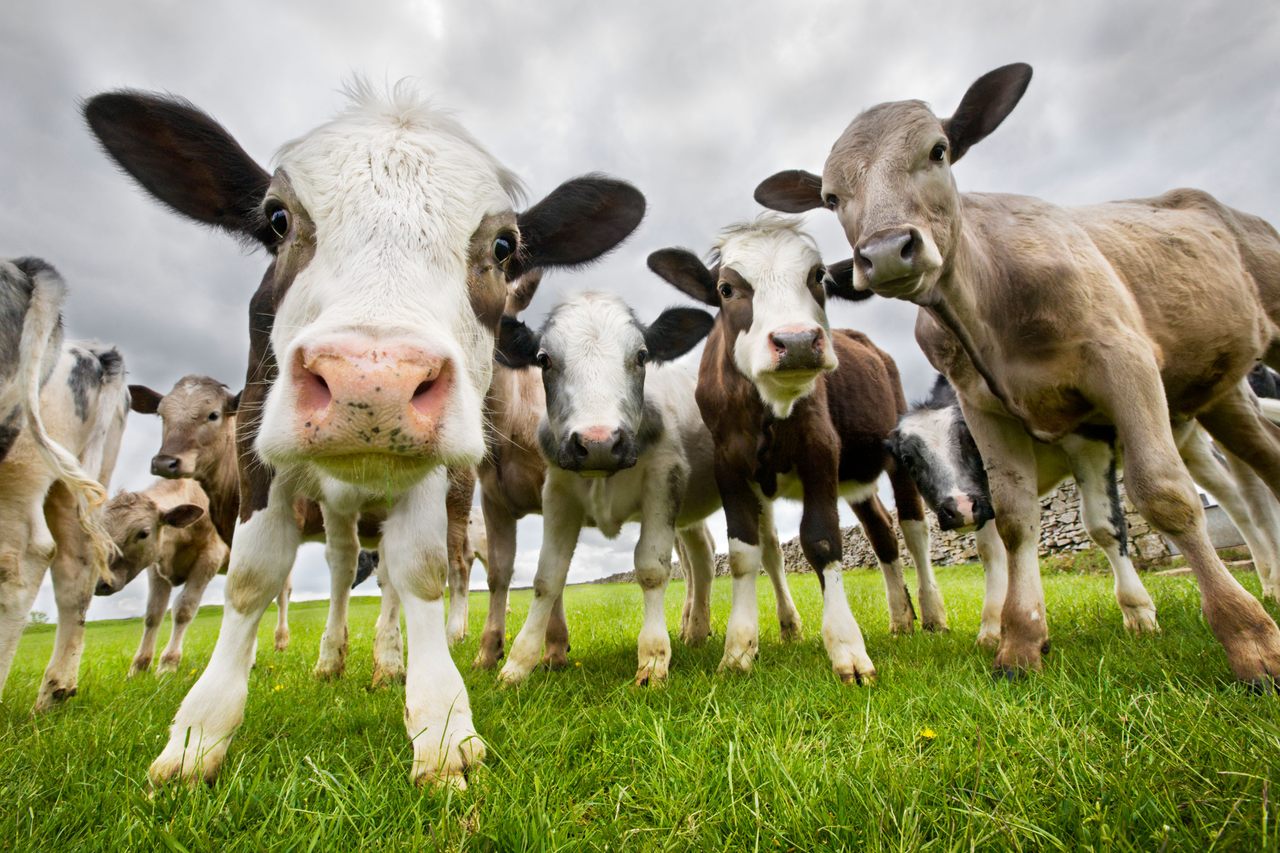 At present, there are more than a billion cows on the planet, spread across almost every continent. These ruminants have been a part of human civilization for longer than our written history exists. The oldest evidence of a domesticated herd of cattle dates back 10,500 years, to what is now Iran. They haven’t been part of our collective story as a species quite as long as dogs, but certainly longer than pigs, horses, and most other creatures whose biology is bound to ours.

Author and livestock enthusiast Roger Morgan-Grenville wants to rewrite the narrative on cows. It’s a big job, considering that much of the current conversation around cattle centers around the undeniable problems stemming from the farming industrial complex that raises them—the deforestation of Brazil’s rainforest, the methane emissions caused by cow farts, the challenge of what to do with the staggering quantities of manure produced by feedlots.

And yet, after spending 14 months helping out on a farm and diving deep into bovine research, Morgan-Grenville found “an industry at once scared for its future yet alive with ideas and experiments, not to mention good practices.” The result of all this research is Taking Stock: A Journey Among Cows, which comes out October 18 and explores mankind’s complicated past, present, and future with cattle.

Gastro Obscura spoke with Morgan-Grenville about why it’s time we showed cows a lot more respect, as well as his hopes for a more sustainable, humane future with them.

Why write a book on cows and why write it now?

I thought the cow’s story needed retelling, because we got into a position where we were accepting that the cow is almost an unmitigated evil in terms of health, biodiversity, and emissions. It’s like we’ve forgotten our manners.

I wanted to write a story that acknowledged the role of the cow in humanity’s progress. I was very moved by the fact that in a hundred years’ time, the cow may be the largest animal left on earth.

There are only 13 or 14 species of megafauna that humans have ever found a use for. So if you’re an animal and humans don’t have a use for you, your time on the earth is not going to be very long.

One of the species of megafauna that humans wiped out, of course, were ancestors of our modern-day cows. What happened to the aurochs?

Aurochs didn’t disappear very quickly, but the normal reason biodiversity disappears is habitat loss. When humans started farming, they built villages and they hunted them. The last ones were in Poland in 1627.

What do you think of the de-extinction efforts to bring back the aurochs?

I’m writing this new book on biodiversity loss. And I put in the original draft “intellectual vanity,” and the editor said, “You’re going to offend too many people.” But biodiversity is so important. I’d much rather they spend the money and the scientific effort to keep what we have left alive.

Going back to cows, you point out a lot of unexpected gifts humans have gotten from cows over the years. Could you tell me about the cow who effectively gave us vaccines?

Her name was Blossom. The discovery was that mild cowpox, which was a disease that could be caught off cows by dairy maids, was related to smallpox. So if you could take cowpox and inject it into someone, their system would recognize what was attacking them and build up a resistance to smallpox.

It’s rather remarkable—they tried it on someone’s 12-year-old son, which makes you question someone’s parenting. That’s another major gift of the cow. Smallpox was the first disease to be essentially eradicated by vaccines.

I think it’s interesting that you’re not suggesting we stop eating them—just that we need to radically rethink how we treat them.

Look, I’m not soft. I was a soldier for nine years. But I feel if we’ve got the cheek—if we want to eat them, we must respect them on their journey to that. I think as a caring species, we should be trying to get rid of factory farming forever. That means all of us should be eating less meat and better meat. I think when you’ve got 150,000 head of cattle on one site, the cow just becomes a bit of working capital.

Do you think factory farms are the main reason why cows get a reputation as being harmful for the environment?

One of the problems is in the feedlots, the cow is part of a production chain that ends up as a burger. The problem is that too many of us want to eat them too often and the planet cannot sustain that.

What’s something you learned that surprised you during your research process?

I think the most surprising thing was the ignorance in which people live about their food. Another is the cow’s role in promoting biodiversity. In the book in one of the latter chapters, there’s a case study about this nature reserve in Scotland that had thrown cattle off in the 1970s because they thought they were a threat to the eagles.

What’s one way—short of giving up beef—that we can be a bit more responsible about our consumption of it?

One of the things that’s a problem in the UK is that we only really like to eat the top back bit of the cow. When you say to someone you want some beef, they want the steaks, they want the ribs. There are 38 primal cuts of the cow. I cooked all of them over the course of the year and many of them are better than a steak.

In Europe and the UK, we created this idea that it was safe to eat cattle below 30 months and not above. Actually, it’s completely safe. It’s a bit of a financial trick calling something prime beef just because it’s younger. If you cook that aged beef on a bed of onions and celery for seven hours, it’s going to be unbelievably good.

What do you wish corporations would do moving forward?

There has to be a reckoning, a renaturing of ourselves and our farming and our food. People need to understand that all these things have a cost. There’s no question that McDonalds and all the others have done a lot to up their game in the last few years, but the problem with tooth-and-claw capitalism is it requires growth for the stockholders and growth for the company.

What we want to do is not put these guys out of business, but make them play by the rules of nature rather than the rules of the market.

How One Tiny Bead Can Reveal A Global History

Inside the World of Obscure Livestock

Around the world, people are preserving barnyard standouts.
music

Join us for a daily celebration of the world’s most wondrous, unexpected, even strange stories.
genetics

Bovine researchers believe the world needs the only cow adapted to the largest tropical wetlands.
Video • Object of Intrigue