'Snowglow' Sounds Charming, But It's a Menace to Night Skies - Atlas Obscura 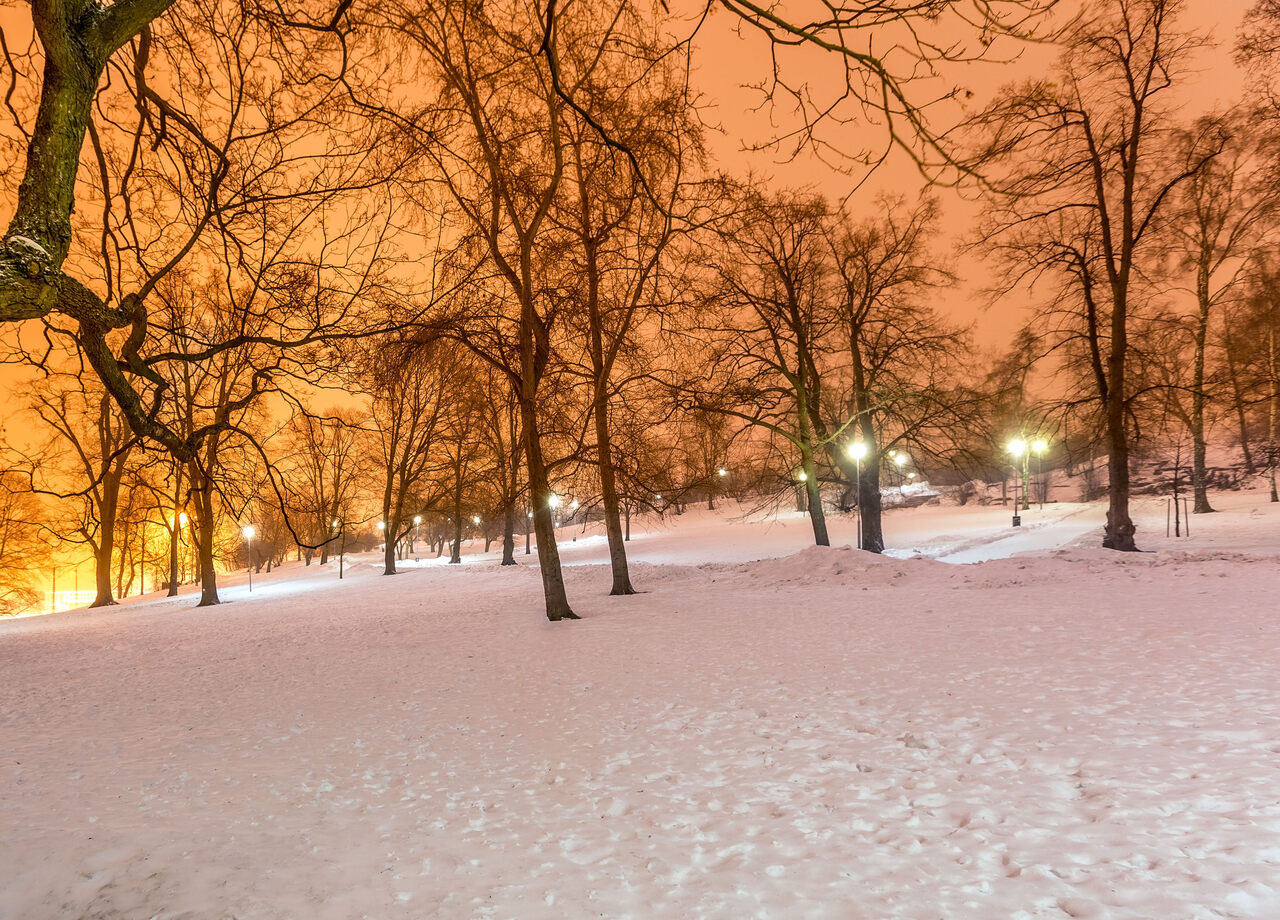 One December evening, Andreas Jechow’s wife, Konny, looked out their window in Ludwigsfelde, Germany, a suburb about 15 miles south of Berlin. Although it was nighttime, the landscape was bathed in light. In fact, it was bright enough that she wanted to venture outside and build a snowman. But Jechow, a researcher studying light pollution at the IGB Leibniz-Institute of Freshwater Ecology and Inland Fisheries in Berlin, was preoccupied with the glow—so much so that he wondered whether the fun could wait. “I asked for permission to take data instead of building that snowman,” he says. “Permission was granted. Snowman building achieved later.”

Humans leave flickering fingerprints most places we go, in the form of buildings, streetlights, stadiums, billboards, and more. A portion of this artificial light contributes to skyglow, the diffuse brightness that ribbons through the night sky, even far from the source. It’s “obviously visible” in Ludwigsfelde if you gaze toward Berlin, and the city of Potsdam contributes too, Jechow says. Researchers are keen to study the phenomenon because Earth keeps on getting brighter.

In 2017, a multi-institute team of researchers, including Jechow, reported that our planet brightened by roughly two percent annually between 2012 and 2016. Artificial light has been found to deter pollinators from making pit stops at the plants they typically visit, lead birds toward fatal collisions with buildings, and throw off animals’ migration patterns and meals. And whether they’re washed out by moonlight or artificial light, bright skies can snuff out stargazers’ dreams, making it harder to glimpse meteor showers and other celestial shows. Now, in a new paper in the Journal of Imaging, Jechow and his collaborator Franz Hölker suggest that skyglow is amplified by snow—an effect they dub “snowglow.”

For this research, Jechow and Hölker staked out a spot in Ludwigsfelde, just after a heavy snowfall and then again as the snow began to melt, as well as other more remote sites—a frozen lake in Portimo, Finland (a village near the Arctic Circle) and a snow-free beach in Saunags, Latvia, where the skies are notoriously inky. They took images of the sky with a DSLR camera and processed the images with software that calculated their brightness.

Their analysis suggested that, at the suburban site, fresh snow could make the sky 33 times brighter on a clear night, and 200 times brighter on a cloudy one—enough to eclipse the brightness of the Moon. That much light can be dangerous: “The high nocturnal light levels we measured are so high that they potentially affect animals and could also disturb sleep of very sensitive humans,” Jechow says. The darkness-drenched Latvian village wasn’t immune from light pollution, either. When Jechow returned to the main road, a 15-minute walk from the lonely beach where he collected measurements, he spied the distant glow of a city nearly 50 miles away.

There’s more to learn about snowglow, Jechow says—including how it’s affected by the freshness of the fall, the height of a drift, the structure of ice crystals, and more. But for now, to dampen the effects of it, the researchers suggest dimming lights when the ground is blanketed with white. In reliably snowy areas with significant tourist traffic, including ski resorts, Jechow says, “light at night should be taken into environmental protection schemes.” Darker nights might mean fewer snowmen, but they’d be better for all of us.

For brothers Pierre and Granville Pullis, photographing the sprawling system was intrepid, precise work—not unlike the construction itself.
water

How Frothy Waves of Sea Foam Coated the Coast of Chennai

Don't play in the bubbles.
lighthouses

A Danish structure is the latest to evade erosion by migrating inland.
nature

Exploited for years, these vital wetlands near Nairobi are blooming anew thanks to a remarkable grassroots effort.
List

The strange and unusual places Atlas Obscura readers wanted to visit most in Germany's capital in 2018.
Video