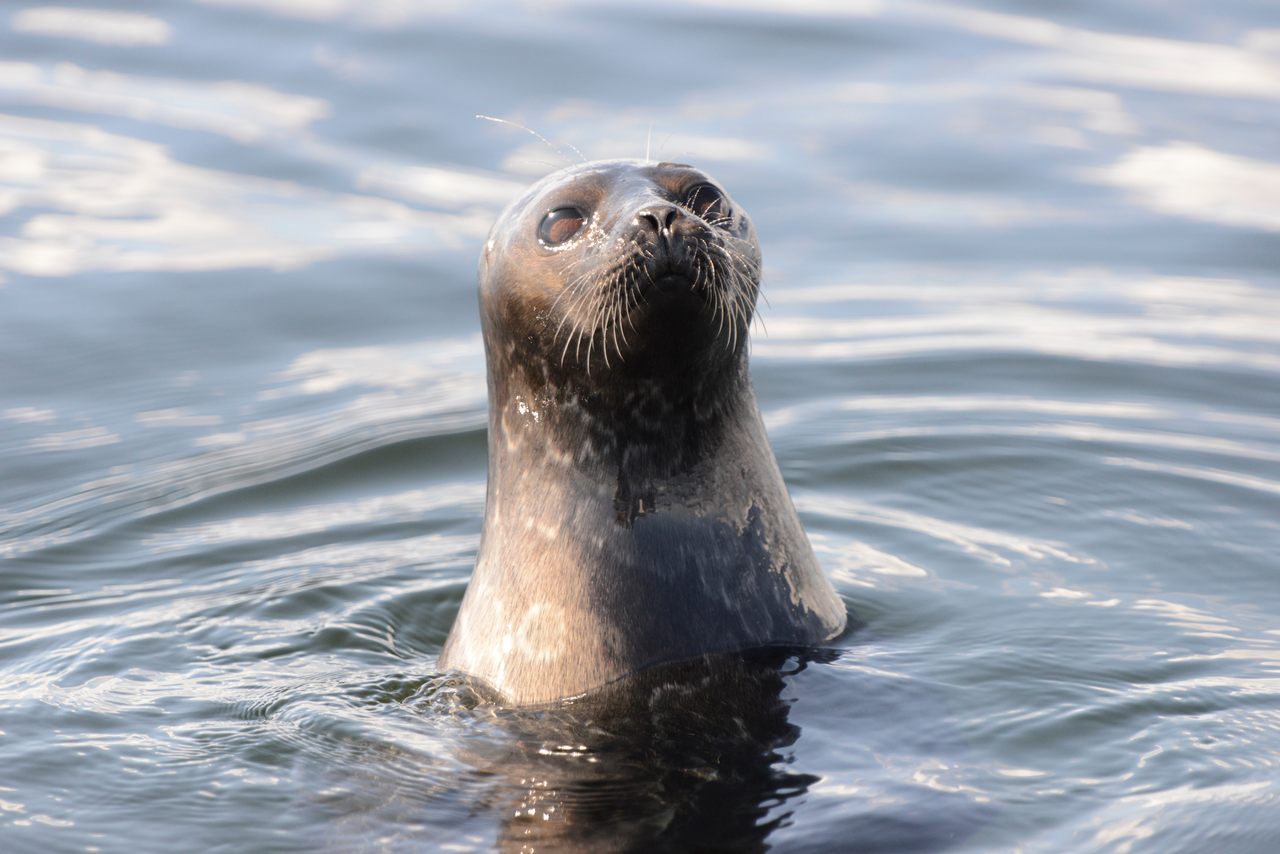 The endangered Saimaa ringed seal has adapted over time to both fresh water and the presence of humans. Courtesy Juha Taskinen
In This Story
Destination Guide

In the winter of 1979, 22-year-old dairy farmer Juha Taskinen went ice fishing with his friend, Mikko Sairanen, on southeastern Finland’s sprawling, serpentine Lake Saimaa. Between nibbles, Sairanen told Taskinen of his chance sighting the previous summer of a rare Saimaa ringed seal, sunning itself on a rock. Taskinen asked to be taken to the same location, when the weather warmed, to see the norppa, one of the world’s few freshwater seals, at the time seldom seen and rarely photographed.

The following June, Taskinen, an amateur photographer, took his camera and set off with his friend to a spot near the town of Savonlinna, not far from their homes. And there it was: the same seal, basking on the same rock. Taskinen took aim, snapped the shutter, and that was that. “It took the young man away,” says Taskinen, using the Finnish phrase for love at first sight. “It was my key turning point in life.”

In the four decades since that moment, Taskinen—now known throughout Finland as “Norppa”—has become both protector and publicist for the Saimaa ringed seals. Abandoning farm life shortly after that first encounter, he’s taken thousands of photos, written books, and made documentaries, raising awareness about the animals and the threats they face, and helping to elevate the seal to a beloved national icon. During that time, the seal population has increased from a critically endangered 100 or so individuals to today’s roughly 430 animals. But the animals’ future remains uncertain. Along with the ongoing threat from some methods of commercial fishing, climate change and post-pandemic tourism are raising new questions about the seals’ survival.

The Saimaa seals, a subspecies of ringed seal (Pusa hispida), are about three to five feet long as adults and weigh up to 200 pounds. They set out on their own evolutionary path about 10,000 years ago, when Lake Saimaa was cut off from the Baltic Sea. Saimaa is the largest of Finland’s 188,000 lakes and the fourth largest in Europe, with a shoreline of about 8,500 miles. The seal population stranded there adapted to the freshwater environment over time and thrived for millennia until commercial fishermen, who saw them as competition, hunted the animals nearly to extinction in the early 20th century.

Taskinen’s own grandfather, Viktor Kärkkäinen, was a seal hunter. A photograph of him holding a rifle on the Saimaa shore intensified Taskinen’s resolve to become a seal conservationist. “That gave me the inspiration to begin photographing and documenting their lives,” he says.

“Juha is the personification of the volunteer protector of the Saimaa seal,” says WWF Finland’s Saimaa seal specialist Ismo Marttinen, who has known Taskinen for almost 40 years. “His greatest achievement is the publicity he has brought to the Saimaa seal.”

Despite its comeback, the Saimaa ringed seal remains threatened. The two biggest dangers for the animals now are climate change and fishing nets. Warmer winters interfere with the animals’ life cycle: Pups are born in February, and spend their first months in dens the mothers build in snowbanks along the lake’s edge. During the relatively warm winter of 2019-20, conservationists had to build snow dens to help sustain the population.

For much of the rest of the year, net fishing is a major threat: The seals can become trapped in the nets and drown. This spring, the Finnish government banned net fishing in Lake Saimaa from April 15 to June 30. Conservation groups have called for a ban through July, but Finland’s Minister of Agriculture and Forestry Jari Leppä told reporters at a recent news conference that the country needed to strike a balance between seal preservation and bringing local fish to Finnish tables. Saimaa accounts for a third of Finland’s commercial fishing, and 90 percent of its perch harvest is caught with nets.

The country’s Minister of Environment and Climate Change Krista Mikkonen disagrees with Leppä. She joined WWF Finland in calling to extend the ban on net fishing to include July. “We cannot support a regulation that does not adequately secure the future of the world’s most endangered seal in the midst of climate change,” Mikkonen said in a statement. According to the Green Party, 53 ringed seals died in fishing nets between 2011 and 2020; during that period, 21 of the deaths occurred in the month of July.

In the wake of the pandemic, the Saimaa region, a prime tourist area during the summer, hopes to recoup revenue lost during the year-plus shutdown. More than 50,000 holiday cabins already line the lake’s shores, and more are planned. As tourists return to Saimaa in what’s projected to be ever-greater numbers, more boats and jet skis on the lake endanger the seals. The animals’ very popularity may also pose a threat to their long-term prospects. Many visitors come to see the animals Taskinen has made famous.

The Saimaa seals are typically seen only in early spring—that’s May, in Finland—when they haul themselves out onto rocks near Saimaa’s many evergreen-covered islands to molt in the abundant sunshine. Seal-watching tour boats ply the waters, their passengers hoping to glimpse the animals, particularly the larger, darker males that sometimes spar over the best sunbathing spot.

Although the boats stay at least 200 yards from the rocks, the Saimaa seals have become accustomed to humans, some surfacing just yards away from the tourists without fear. Taskinen, now retired, sees some good in this.

“It is a positive that the seals have returned to the places they were driven away by hunting,” he says. “You can see the transformation from the very timid, once-hunted seal to something that is more trusting and comfortable with human presence.”

It’s unclear whether the endangered Saimaa seals’ apparent trust in humans is well-placed, but Taskinen has faith his own species will keep the animals safe for the future. “The general public is overwhelmingly for protection of the seals,” he says. “People here are very protective and very proud of it. It is our national animal.”

Discovering the trait may help scientists protect the tuatara, which has been around since the dinosaurs.
science

The region's first and only locally-run hatchery provides a boost for both fishers and the imperiled royal sea snail.
insects

Scientists were thrilled to find the Wallace's giant bee, missing for four decades. Things did not go as they'd hoped.
forests