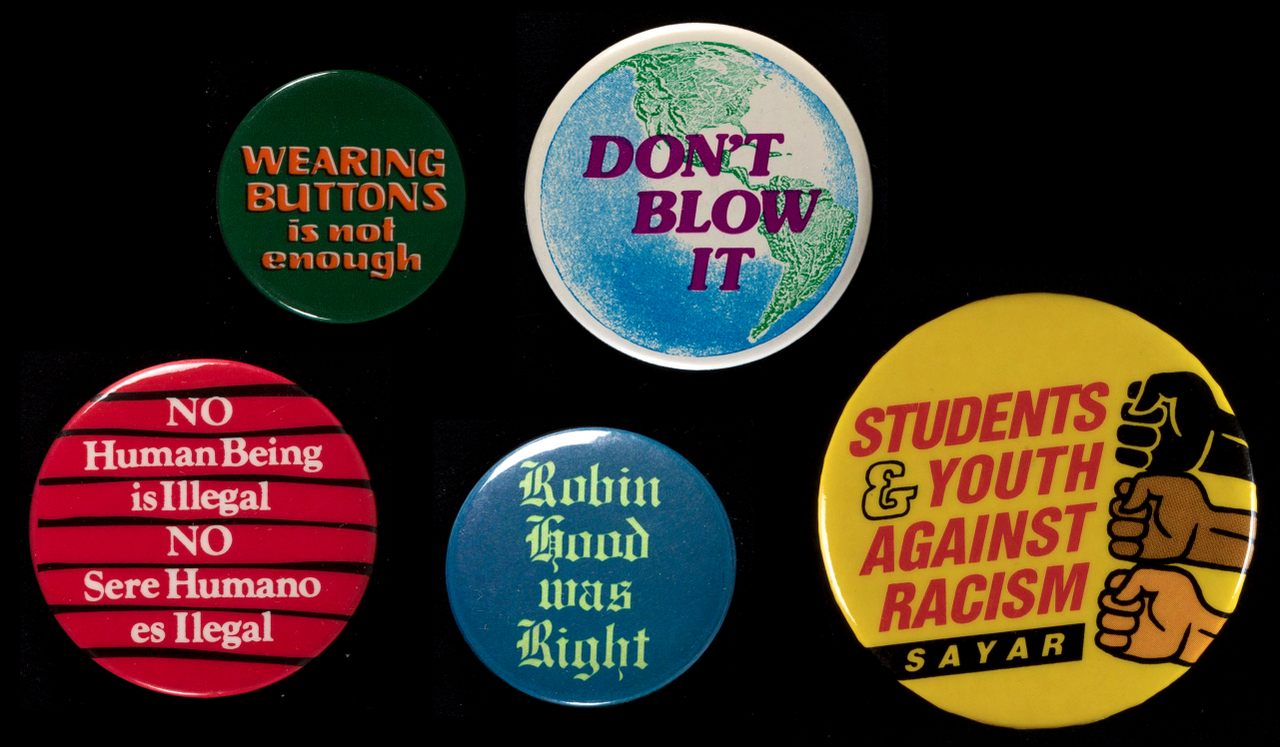 In the 1960 and 70s, the University of Connecticut, like many college campuses across the United States, was awash in protests—and the buttons that came with them. “The stuff being produced was entirely ephemeral,” says Graham Stinnett, the archivist who oversees the university’s alternative press collection. The pin-on buttons, along with the bumper stickers, signs, T-shirts, and alt-weeklies of the counterculture, were meant to be discarded. But the archivist and librarians on campus made the then-radical decision to collect the items in the same manner they might have catalogued a first edition.“Now, we take these things very seriously,” Stinnett says. “We treat them with the same care that any book would get.” One preservation challenge particular to pins: Unlike rare volumes, these plastic-and-metal artifacts were often stuck to jackets and backpacks, and subject to the elements for years.

Today, the University of Connecticut is home to some 1,000 protest buttons, about 400 of which have been digitized. The collection, which was largely assembled one or two at a time, reaches back a century, to the labor movements of the 1920s. The ever-shifting symbolism and quirky typography on decades of pins has made the archive a favorite of design historians.

Some of the buttons’ images and messages are dated now: Opposition to the Vietnam War is a matter of history, and the fervor over nuclear disarmament faded with the Cold War. But other pins in the collection could have been produced today. There are cries against racism, pleas to save the planet, and condemnations of wealth inequality.

As Stinnett continues to add items from the 1960s and 70s, the heyday of the protest button, he’s also interested in pins from today’s social justice movements, which are likely to be much better documented than those of the 20th century. One button in the archive reads “No human being is illegal,” in both English and Spanish. Another, printed with a rainbow, says “Ally.” “There is always a movement for progress, and people on our campus are continuously trying to push that needle,” Stinnett says. “And they are still showing their advocacy through buttons.”

He's a towering figure in history, but his story is far from complete.
history

It is said the English monarch wore the sleeved waistcoat at his public execution in 1649.
Video • AO Docs