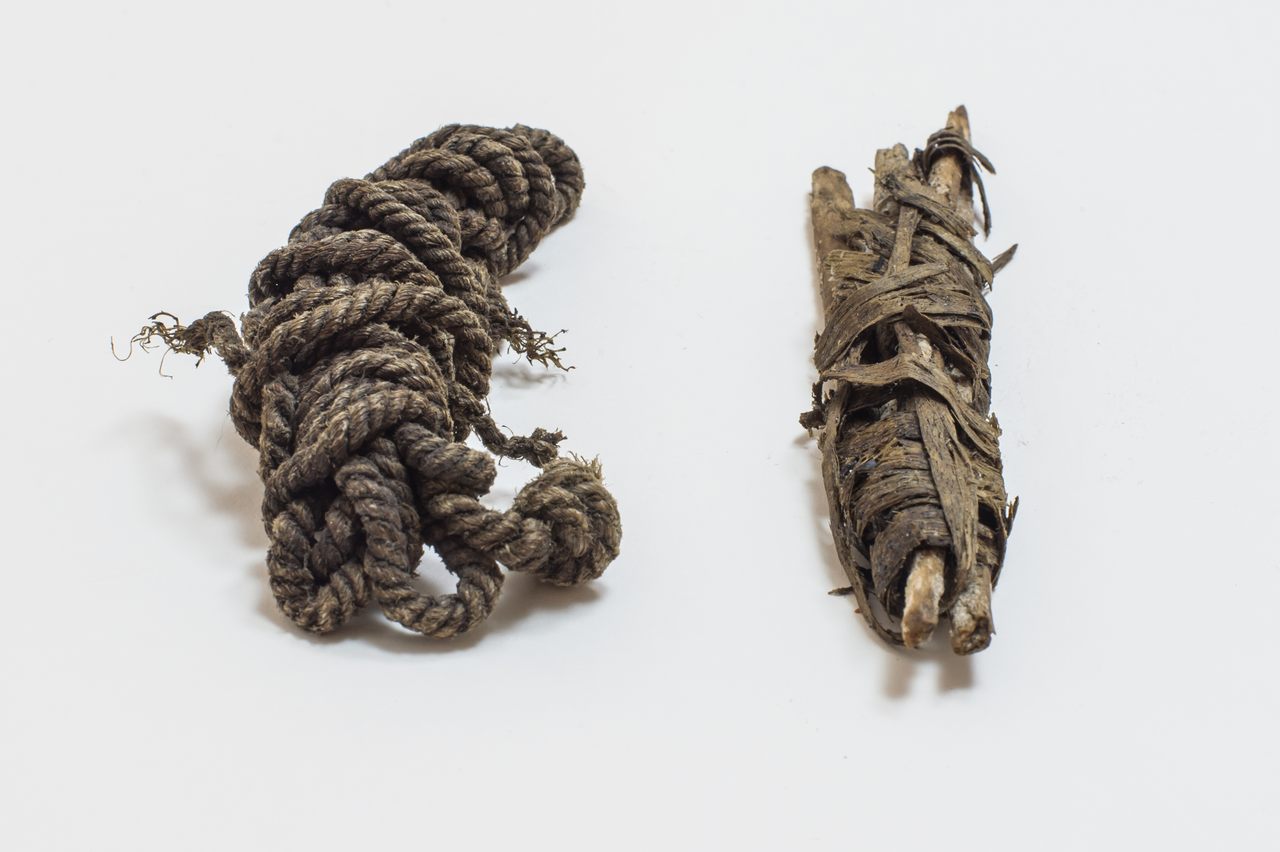 The cord and unfinished longbow found on Ötzi, who was killed in Europe's Ötztal Alps over five millennia ago. South Tyrol Museum of Archaeology / H. Wisthaler
In This Story
Destination Guide

Ötzi is the mummy who keeps on giving. Since the 5,300-year-old “Iceman”—the world’s oldest mummy—emerged from a high-altitude tomb, in 1991, he’s had just about every part of his remains and possessions thoroughly analyzed, from his leather clothes to his bear fur cap and grass cape.

Now a new study is paying special attention to Ötzi’s hunting kit, offering new insights into how the Iceman eked out an existence in Copper Age Europe.

Unlike his ancient contemporaries, Ötzi conveniently expired in ice—in the Schnalstal glacier, which straddles the current Austro-Italian border. His frigid death beautifully preserved his body, giving modern researchers a remarkable glimpse into his life.

“In ice, destructors such as bacteria and fungi cannot” do their worst, says Albert Hafner, an archaeologist at the University of Bern and a co-author of the new paper. “It is like a deep freezer: Nothing spoils there, and the ice preserves for thousands of years.”

That includes the hunting equipment that Ötzi took to his grave. Hafner’s team has recently been studying its contents: an unfinished yew bow stave, a quiver, 14 arrows and arrow shafts (only two of which were completed, ready-to-nock arrows), and a cord—the main focus of the research.

The cord, which measures over six feet long, seems to have fit into the notches of the bow, meaning Ötzi likely intended to use it as a bow string.

Most Neolithic bows were made to be quite large, though it’s not certain how big Ötzi’s might have been. “The length of the bow usually depends on the height of a person,” says Hafner. But because “the bow of Ötzi was not finished,” its size is unclear.

In their recent work, published in the Journal of Neolithic Archaeology, the interdisciplinary Swiss researchers found that the cord—the oldest known and the best preserved—was made of entwined animal sinew. The sinew was found wrapped in a neat, though perhaps hastily packed, bundle—like a computer charger that was squeezed into a bag just before travel.

“I don’t personally think that sinew is a really good material for bowstrings,” says paper co-author Jürgen Junkmanns, an expert in ancient bow use who’s affiliated with the University of Bern. The material, he says, is highly sensitive to water, and doesn’t stretch very well. “Obviously the Stone Age hunters thought different.”

Though the finer points of fletching and archery are easy to understand today, Ötzi didn’t have the benefit of 20/20 hindsight. The Iceman was found with a fatal arrow wound in his back, and likely staggered his last steps in the Alps in an effort to evade his attacker. Perhaps if he had finished his bow a little sooner, he might have survived a little longer.

Why Calendars Are So Weird, and What Might Be Done About It

Scientists know people were in Yukon 24,000 years ago. But what were they doing there?
science

Researchers scramble to find and study everyday items preserved for millennia and now at risk.
hunting

Reintroducing the Big-Game Huntresses of the Ancient World