When Is a Crater Not a Crater? - Atlas Obscura
Want to see fewer ads? Become a Member. 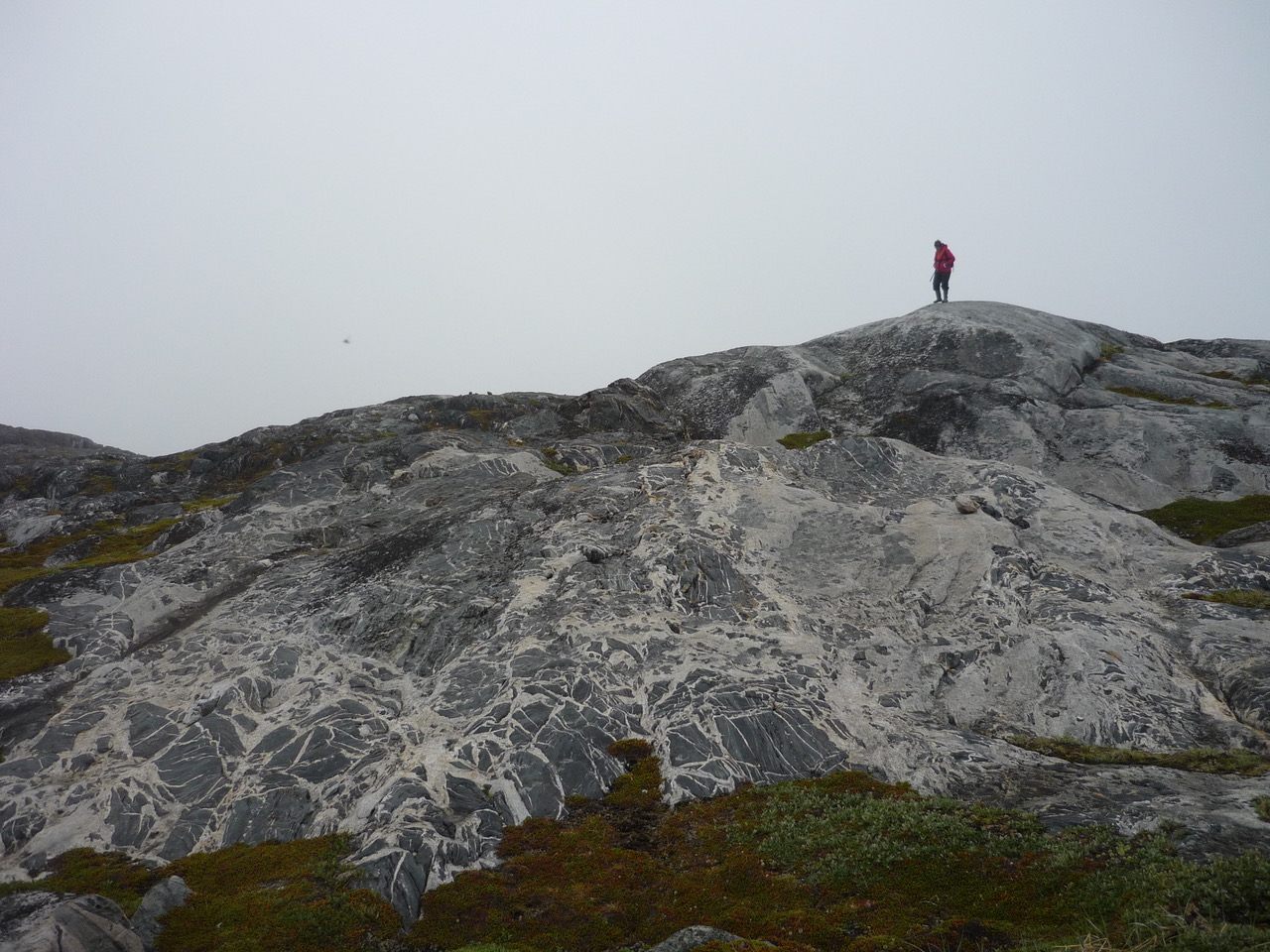 Rocks in space collide with things—Earth included—all the time, but in human history these collisions have mostly been small events that make little lasting impact. Go back long enough, and massive impacts start to appear in the geological record. And the solar system’s youth was downright barbaric: momentous impacts left, right, and center. While the scars of impacts on Mercury, the Moon, and Mars have more or less been preserved over billions of years in their pockmarked surfaces, Earth has plate tectonics and weather and oceans and life. Our planet has done an excellent job at concealing or destroying most of its old impact scars.

Scientists search for evidence of ancient impact craters where they’re mostly likely to survive: on Earth’s cratons, old and somewhat stable chunks of continental crust that have been around hundreds of millions, if not billions, of years. But a worldwide, decades-spanning quest to find craters more than 2.5 billion years old kept coming up empty. Then, in 2012, a group of scientists made the eye-popping claim that they had finally found one in Western Greenland: the remnants of a three-billion-year-old crater that was once 370 miles across.

In the past few years, an international and interdisciplinary team has explored the purported impact crater site, and put it through a rigorous gauntlet of scientific investigations. Publishing their results in March 2020 in the journal Earth and Planetary Science Letters, they conclude that this old, huge geological feature isn’t actually a crater, and isn’t much of a distinct feature at all.

“Extraordinary claims require extraordinary data,” says Chris Yakymchuk, a geologist at the University of Waterloo in Ontario, and the study’s lead author. In this case, he says, they’re just not seeing it.

The authors of the original 2012 paper, also in the journal Earth and Planetary Science Letters, had identified a 60-mile-wide circular feature in the landscape of Western Greenland, one filed with severely mangled and crushed rock that, they reckoned, could only have been made by the terrifying and tremendous forces of a sizeable meteor impact. The team also found “shocked” quartz crystals, which hold microscopic cracks that are caused by almighty shockwaves—like the one that might be produced by a chunk of space rock the size of Lexington, Kentucky.

They suspected that the region was home to a far larger crater that, over the past few billion years, had eroded way. They were standing in, they reported, the remains of the deepest part of the crater only.

The unusual site came to be known as the Maniitsoq structure, after the nearest town. After the 2012 paper was published, the team continued to explore the putative impact crater, while also comparing it to younger but similarly expansive craters elsewhere on Earth to support their hypothesis.

But the space-rock community was often wary of these claims, says Ludovic Ferrière, an expert on impact craters at the Natural History Museum in Vienna, who was not involved in either research project. He explains that the original paper had had quite the journey, jumping from journal to journal as it was repeatedly rejected by the peer-review process.

But even once it was accepted and published, the hypothesis remained a hard sell. The circular feature outlining the crater? “There is nothing,” he says. “I cannot tell you how many papers I receive from people saying they’ve found an impact crater. They just make a nice circle on whatever. If you remove this circle they put on the satellite images, then there is nothing there.” And the shocked quartz crystals? “It’s very obvious that there is not any shocked quartz,” he adds. “There is nothing there to be seen.”

Despite this sort of skepticism, the proponents of the impact crater hypothesis, among them the authors of the original paper, led by Adam Garde of the Geological Survey of Denmark and Greenland, were steadfast. This new study, led by Yakymchuk, decided to examine the site forensically, with a fresh perspective.

His colleagues conducted a wide range of work, but their primary goal was to collect and study zircons, crystals that emerge from cooling magma or in rock that has been subjected to prolonged and intense heat and pressure. They are remarkably resilient, and record and preserve the environmental conditions at the moment of their formation, even through immense geologic forces. They are colloquially, and aptly, referred to as “time capsules.”

By collecting as many zircons from the region as possible, the team could assess what was happening there three billion years ago, around the time an impact is said to have happened. Yakymchuk himself found plenty when he spent six weeks scouring Western Greenland in 2016. Different team members gathered others at different times, and more were offered up by the Greenlandic government and the Geological Survey of Denmark and Greenland.

Some zircons were taken from the basement rock, the ancient stony foundation within the crust. Others, shards of ancient rocks that had been eroding over billions of years, were found in streams.

“We wanted to be thorough,” says Yakymchuk. He wasn’t kidding—they found 5,587 from the Maniitsoq region.

If an impact had happened, at least some of those zircons should have been deformed by the shock. But 99.9 percent of them lacked any deformation. The handful that were somewhat misshapen appeared to have spent some time in a magma reservoir, or been squashed between two tectonic plates. But none showed the tell-tale signs of an impact.

That wasn’t all. Material in parts of the Maniitsoq structure had been thought by some to represent rocks that had been instantaneously melted by the impact. But radiometric dating found it was 40 million years younger than the supposed date of the impact. And this impact, which would have carved out a large depression, would have filled with seawater. But the zircons’ chemical fingerprints don’t show any alteration by seawater.

Large-scale rock formations from that time often form arc-like features, a random result of a variety of geological forces, and Maniitsoq is no exception. But the team’s geological mapping of the region shows nothing completely circular.

Aircraft flying over the site were also deployed to detect magnetic grains in the ground, a technique that can reveal the overall shape of a landscape. As reported in another recent paper coauthored by Yakymchuk, no circular feature was identified using this method. Even if there was one, he says, hundreds of millions of years of documented magmatism and tectonic pandemonium in the region would have deformed it beyond recognition.

It’s fair to say that not all aspects of the Maniitsoq structure can currently be explained—it’s still a site of geological weirdness. “But with the dataset we have now, which builds on previously collected data, and the general assessment of impact structures around the world by the meteorite community, we don’t think this is an impact,” says Yakymchuk.

Garde, geoscientist emeritus of the Geological Survey of Denmark and Greenland and lead author of the original 2012 study, agrees that it is fair to question the presence of a circular structure. He also accepts that the new work found no evidence of impact-made shock deformation in their zircons.

But Garde remains very sure that the Maniitsoq structure is an impact crater. He references an abstract presented at a 2019 scientific conference that purports to show zircons from the site that may display impact-made microfractures, but acknowledges this work hasn’t been peer-reviewed yet. When asked what piece of evidence most strongly supports his hypothesis, he points to the structure’s highly fragmented rocks. The forces required to cause such devastation, he says, cannot come from tectonic activity. Only an impact could grind and shake up these rocks to the degree seen here, he posits.

The key problem, he says, is that this impact crater is unique on Earth. “There is no other structure we can compare with,” he says, so rules established by other impact craters don’t apply.

That’s a notion that other scientists cannot accept. Researchers should present an array of clear and convincing evidence before making big claims; they should not make nebulous assertions then demand others disprove them, says Ferrière. “It’s not how science should work.”

The recent papers, he says, are clear. “[This] should be the end of the story. But it will not be.” He expects the controversy to continue, and Garde will oblige him. He reports that more papers on the Maniitsoq structure are in the works.

With that in mind, Ferrière, speaking about this month’s study, suggests that the vocabulary used to refer to the original claim has been too polite: “Diplomacy in this case is counterproductive.”

So What Is a British Biscuit Really?

It ranks in the top 25 largest impact craters ever discovered.
meteorites

Our planet is pockmarked with the scars of these extraterrestrial visitors. Morgan Freeman would be terrified.
maps

The recent discovery of the world's northernmost "island" recalls the groundbreaking work of the international Polarfahrt team more than 90 years ago.
Video • Object of Intrigue