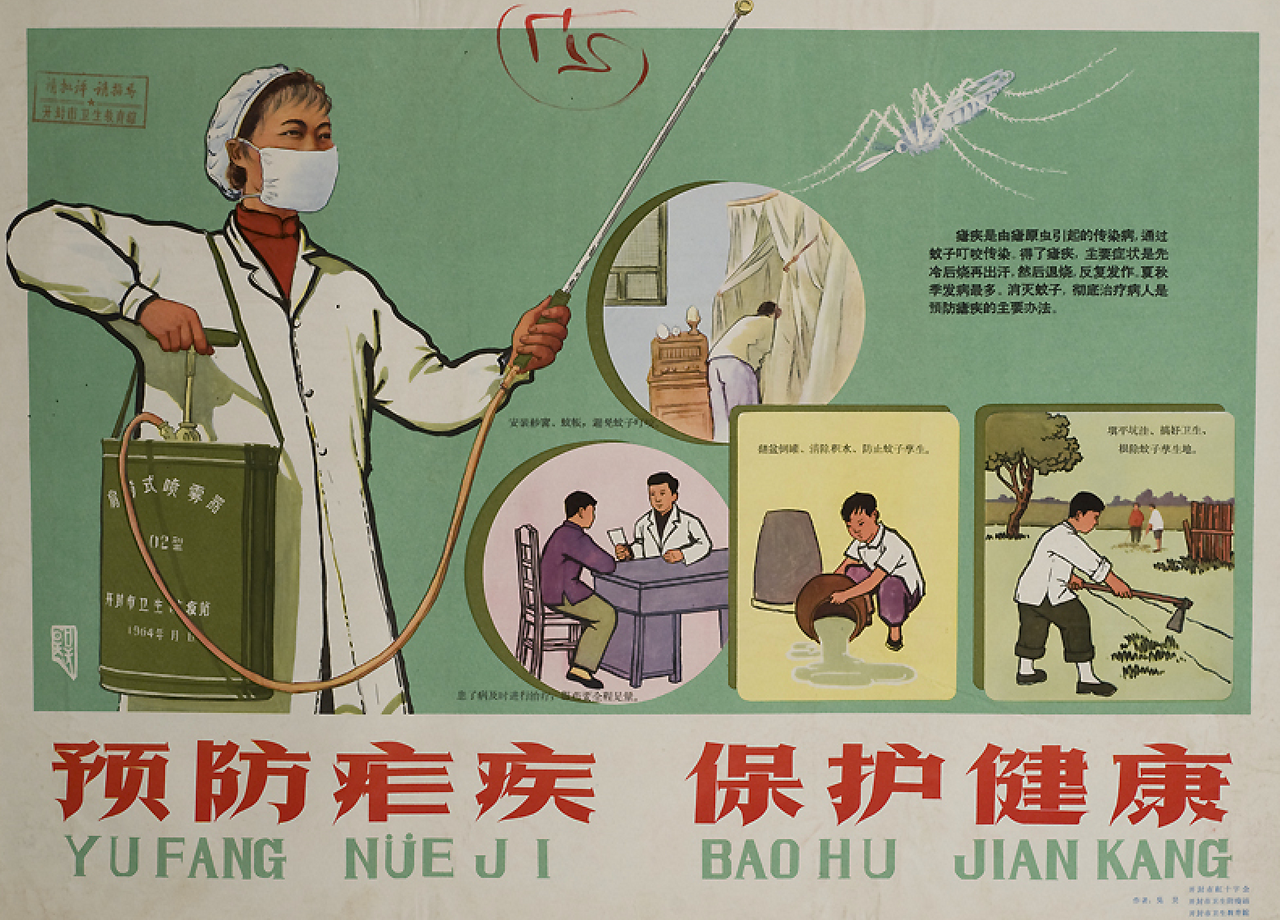 At the height of the Cultural Revolution, Project 523—a covert operation launched by the Chinese government and headed by a young Chinese medical researcher by the name of Tu Youyou—discovered what has been the most powerful and effective antimalarial drug therapy to date.

Known in Chinese as qinghaosu and derived from the sweet wormwood (Artemisia annua L.), artemisinin was only one of several hundred substances Tu and her team of researchers culled from Chinese drugs and folk remedies and systematically tested in their search for a treatment to chloroquine-resistant malaria. How Tu and her team discovered artemisinin tells us much about the continual Chinese effort to negotiate between traditional/modern and indigenous/foreign.

Indeed, contrary to popular assumptions that Maoist China was summarily against science and scientists, the Communist party-state needed the scientific elite for certain political and practical purposes. Medicine, particularly when it also involved foreign relations, was one such area. In this case, it was the war in Vietnam and the scourge of malaria that led to the organization of Project 523.

As fighting escalated between American and Vietnamese forces throughout the 1960s, malaria became the number one affliction compromising Vietnamese soldier health. The increasing number of chloroquine-resistant malaria cases in the civilian population further heightened North Vietnamese concern. In 1964, the North Vietnamese government approached Chinese leader Mao Tse Tung and asked for Chinese assistance in combating malaria. Mao responded, “Solving your problem is the same as solving our own.”

From the beginning, Project 523, which was classified as a top-secret state mission, was under the direction of military authorities. Although civilian agencies were invited to collaborate in May 1967, military supervision highlighted the urgent nature of the research and protected it from adverse political winds.

The decision to investigate Chinese drugs was not without precedent. Back in 1926, Chen Kehui and Carl Schmidt of the Peking Union Medical College published their original paper on ephedrine, derived from Chinese herb mahuang. It ignited a research fire in which more than 500 scientific papers on ephedrine (for relief for asthma) appeared around the world by 1929.

In the 1940s, state interest in the Chinese drug changshan and its antimalarial properties led to the establishment of a state-funded research institute and experimental farm in Sichuan province.

Biomedical interest in Chinese drugs was not in itself new. But the institutional climate within which Project 523 investigators worked was different from earlier antimalarial research efforts. The Vietnam War had exacerbated an epidemiological crisis to which Maoist China responded with nationalist fervor by turning to its institutions of traditional Chinese medicine.

In the 1960s, such institutions were a mixing ground of specialists, many of whom possessed more than a passing familiarity with Chinese medicine and biomedicine. This ensured that qinghao research proceeded within a climate in which scientists, “who themselves had learnt the ways of appreciating traditional knowledge, worked side by side with historians of traditional medicine, who had textual learning.”

Tu Youyou’s research fits within this Maoist story of medical systematization and standardization. Born in 1930, she was a medical student during the 1950s, when state efforts to make Chinese medicine scientific through the research and expertise of biomedical researchers were especially acute. She rose to the head of a malaria research group at the Beijing Academy of Traditional Chinese Medicine in 1969.

The group was comprised of phytochemical researchers who studied the chemical compounds that occur naturally in plants and pharmacological researchers who focused on the science of drugs. They began with a list of over 2,000 Chinese herbal preparations, of which 640 preparations were found to have possible antimalarial activities. They worked steadily and obtained more than 380 extracts from some 200 Chinese herbs, which they then evaluated against a mouse model of malaria.

Of the more than 380 extracts they had obtained, a qinghao (Artemisia annua L.) extract appeared promising, but inconsistently so. Faced with varying results, Tu and her team returned to the existing materia medica literature and reexamined each instance in which qinghao appeared in a traditional recipe. Tu was drawn to one particular reference made by Ge Hong (284-363) in his fourth-century B.C. text, Emergency Prescriptions One Keeps Up One’s Sleeve. Ge Hong instructed: “Take a bunch of qing hao and two sheng [2 x 0.2 liter] of water for soaking it, wring it out to obtain the juice, and ingest it in its entirety.”

In what can be characterized as her eureka moment, Tu had the idea that “the heating involved in the conventional extraction step we had used might have destroyed the active components, and that extraction at a lower temperature might be necessary to preserve antimalarial activity.” Her hunch proved correct; once they switched to a lower-temperature procedure, Tu and her team obtained much better and more consistent antimalarial activity with qinghao. By 1971, they had obtained a nontoxic and neutral extract that was called qinghaosu or artemisinin. It was 100 percent effective against malarial parasites in animal models.

Tu’s research has drawn accolades from the international scientific community, while also igniting a debate in the Chinese language media about the celebration of individual inventors over collective group efforts.

This too, perhaps, may be part of the legacy of Maoist mass science, which demanded research that served practical needs and engaged the masses. Scientific achievement, while important, was not the be-all, end-all of scientific work. During the Cultural Revolution, it mattered that science proceed along revolutionary lines. It mattered that scientific advances resulted from collective endeavor and drew from popular sources. Does it still?

Jia-Chen Fu is an assistant professor of Chinese at Emory University.

What Tookoolito Taught Explorers About the Arctic

Marie Grissot and Aimée Potens are just two of the women finally being written back into the history of childbirth.
restaurants