The Libraries That Preserve the History of Small Islands - Atlas Obscura
Want to see fewer ads? Become a Member. 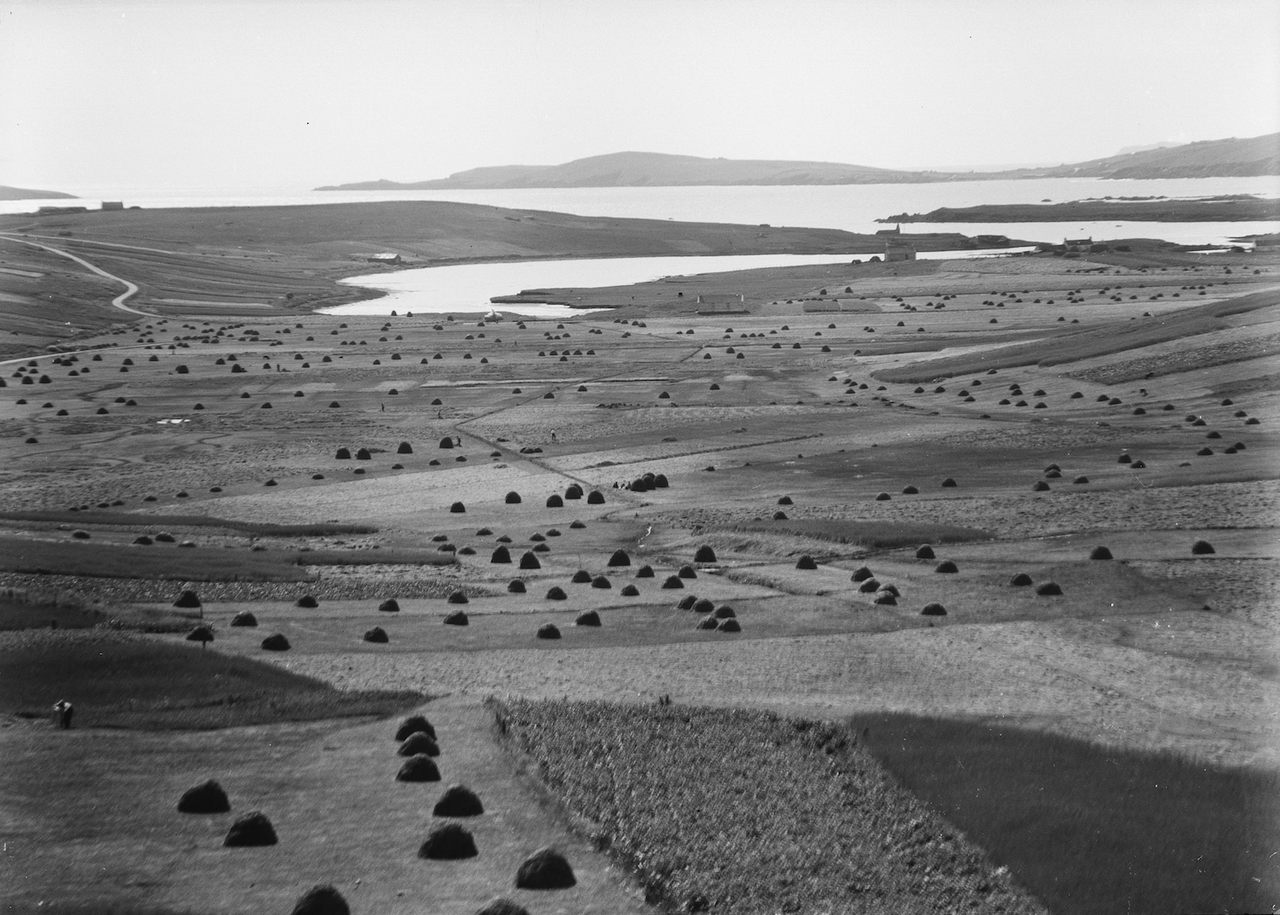 No matter how small a community or how isolated it is, most have an archive of local history. It might be in the form of public records, or a collection of photographs, or shelves of old books. On islands, these archives are particularly important. Islands are surprisingly indefinable, occasionally mobile, and, in some cases, can spontaneously grow in size. Island life is similarly diverse and unusual, and these archives help preserve their unique cultures.

And some of these islands and their cultures are under threat. Natural disasters, such as hurricanes and volcanoes, can make an isolated island uninhabitable. Man-made disasters, like rising sea levels caused by climate change, can make an island disappear. In these situations, the work of librarians and archivists to safeguard and, where possible, digitize materials, is even more important.

Atlas Obscura spoke to island archives and libraries from the Baltic Sea to the Pacific Ocean to learn about their special collections.

The Åland Islands, sprinkled in the Baltic Sea between Finland and Sweden, number in the thousands—6,700, roughly, of which just 65 are inhabited. They are an autonomous province of Finland, but demilitarized and neutral, with their own flag and postage stamps. The official language is Swedish. (At various points in history, the islands have been part of both Sweden and the Russian Empire.) Around 90 percent of the population resides on Fasta Åland, which is also where the Provincial Archives of Åland are based.

Established in 1978, the archives are impressively large: They hold nearly 15,500 feet worth of records (3.2 percent of which have been digitized, according to chief archivist Åke Söderlund), along with a library of books on the Ålands, more than 11,000 volumes strong. Their oldest records date to the early 17th century. The booklet above was printed as a supplement to a Swedish newspaper in 1916, a year before the Russian Revolution, and five years before Finland was awarded sovereignty over the islands by the League of Nations.

The Cook Islands Library and Museum is located in Rarotonga, the most populous of the 15 Cook Islands. (The least populous is Suwarrow, a designated national park whose two caretakers leave during the cyclone season.) Its closest Pacific neighbors are Tonga, French Polynesia, and New Zealand, the country it is most closely associated with. The Cook Islands are self-governing in “free association” with New Zealand, meaning that the residents are New Zealand citizens.

The Library and Museum holds “couple of diaries written by early European settlers from the early 1900s and the cession document [1891] to Britain,” says Jean Mason, the director and curator of the Library and Museum. It also has a lending library and artifacts that include a Cook Islands stamp collection and some historical photographs. Its goal is to preserve the history, heritage, and culture of the Cook Islands, which sometimes requires specific treatment. Books and artifacts can occasionally become infested with pests, and so a few times a year, the Library and Museum wrap and seal the items, and then freeze them. They’ve used both a household freezer and a larger walk-in freezer, courtesy of the Cook Islands Trading Corporation supermarket.

The Orkney Islands—an archipelago of around 70 islands, 20 of which are inhabited—are situated off the blustery northeast coast of Scotland, in the North Sea. In the town of Kirkwall, on the main island, called Mainland, is the Orkney Photographic Archive, part of the Orkney Library & Archive. The archive is impressively large: It contains 60,000 photographs, from the 1870s to the present, documenting the history and culture of Orkney.

The collection began in 1976 with around 5,000 glass-plate negatives by Tom Kent, a 19th-century Orcadian photographer. Since then, the archive has increased its holdings thanks to donations, purchases, and a little luck. One collection of photographs was rescued from a dump on Westray Island (population: 600). It’s a collection “of considerable value and historical importance,” says senior archivist David Mackie.

When Hurricane Irma barreled through the Caribbean in September 2017, the northern Leeward Islands—including Anguilla, Antigua and Barbuda, Saint Kitts and Nevis, and the Virgin Islands—saw some of the worst damage. On Anguilla, a three-mile-wide island east of the Virgin islands, the Public Library flooded. This, says librarian Juliane Leverett, “led to mold developing due to the dampness of the building.” Fortunately, the water spared the Heritage Room, where the Special Collections are held. The collection contains valuable historical records, old newspapers, rare books, an archive on the Anguilla revolution of 1967, and its oldest item—archived documents from the 1600s. Around 40 percent of the materials, including newspapers and records, have been digitized.

Rapa Nui (also known as Easter Island, or Isla de Pascua in Spanish) is a triangular-shaped volcanic island some 2,300 miles from the Chilean coast. It’s regarded as one of the most remote islands in the world, but it still attracts tourists, particularly to see the moai, the giant stone statues erected across the island by the Rapa Nui people. Created sometime between the 10th and 16th centuries, around 900 of these statues dot the island, each averaging 13 feet tall.

William Mulloy was an American archaeologist who devoted his life to studying Polynesian prehistory and the origins of the moai. Today, the William Mulloy Library holds his entire collection of materials on Rapa Nui and Polynesian culture and history, along with contributions from the Easter Island Foundation, the Andes Foundation, and the Chilean Directorate of Libraries, Archives, and Museums. “It has become the main meeting place for research and discussion on topics related to Rapa Nui, because it houses the largest collection of books, articles, newspapers, maps, photographs, audios, and videos of the island in the world,” says head librarian Katherine Atan Retamales.

“In our archive we have 4,000 books, of which 221 are digitized, totally or partially, and we have 3,800 articles or monographs, of which 555 monographs are digitized,” says Atan Retamales. “Plus we have a photographic archive with 23,000 digital images, acquired through donations. All this material is at the service of the community.”

The City and Borough of Sitka sits between mountains and water, on the west side of Baranof Island, in southeastern Alaska. It’s a location of some historical significance: Sitka was where Russia transferred its Alaskan territory to the United States, in a ceremony on Castle Hill, in 1867. The photograph of that site, above, is part of the Romaine Hardcastle Photograph Collection in the Sitka Public Library. “Thanks to a collaborative project between the Sitka Tribe of Alaska and the Kettleson Memorial Library [the former name of the Sitka Public Library], these images were digitized in 2004,” says librarian Joanna Perensovich. “They are not online, but are available at the library on a CD.”

The library also holds the Clarence L Andrews Collection of approximately 1,900 rare books, documents, and newspapers on Alaskan history. Andrews worked in the U.S. Customs Office in Alaska at the turn of the century, and his collection joins a further 2,640 volumes on Sitka and southeastern Alaska. Perensovich notes that it’s an ever-expanding resource: “This is a dynamic collection to which we still add newly published and historically published materials.”

The Republic of Palau consists of more than 300 islands clustered in the Pacific Ocean between Guam, the Philippines, and Papua New Guinea. The nation’s only higher education institute, Palau Community College, holds its largest collection of books at the Tan Sui Lin Library. This is also home to the Micronesia-Pacific Collection, an array of materials about the history, heritage, and culture of Micronesia, including maps, newspapers, government documents, and books. Some of the materials in the collection have been digitized and are available on the Pacific Digital Library website, an online database shared by Pacific island libraries. Items such as maps, however, can only be viewed in person.

Equidistant between Norway and the Faroe Islands, far north of Scotland, are the Shetland Islands. This archipelago of around 300 islands and skerries, just 15 of which are inhabited, is home to subarctic temperatures, colonies of seabirds, and, thanks to Fair Isle (population: 55), famous knitwear. It’s also home to the Shetland Museum Photographic Archive. This collection of around 80,000 images has been mostly donated, and includes everything from glass negatives to postcards. The material covers all aspects of the islands’ heritage: “textiles, fishing, boats, industry, crofting, buildings, landscapes, and people,” says Steven Christie, a photo technician at the Shetland Museum and Archives. The photograph above shows “gutters”—women employed to gut fish—at the docks in Lerwick, the main port.

In an 18th-century mansion on Mykonos Island, in the Aegean Sea, is the Municipal Library of Mykonos. Here, librarian Vasiliki Nikiforidou oversees a collection of nearly 12,000 books, along with the Mykonos Historical Archive. “It consists of rare manuscripts and public documents of previous centuries concerning the history of the island and the Cyclades in general,” she says. The collection includes rare coins, and its oldest book dates from 1718. The entire collection is catalogued, although not digitized, but this system, says Nikiforidou, “for our little library, is useful and very valuable.”

Yale has acquired some of the Black photographer’s best-known images.
islands

More room to roam for the islands' unique fauna.
wwi