A New Home for Hundreds of Photographs by the Legendary Gordon Parks - Atlas Obscura
Want to see fewer ads? Become a Member. 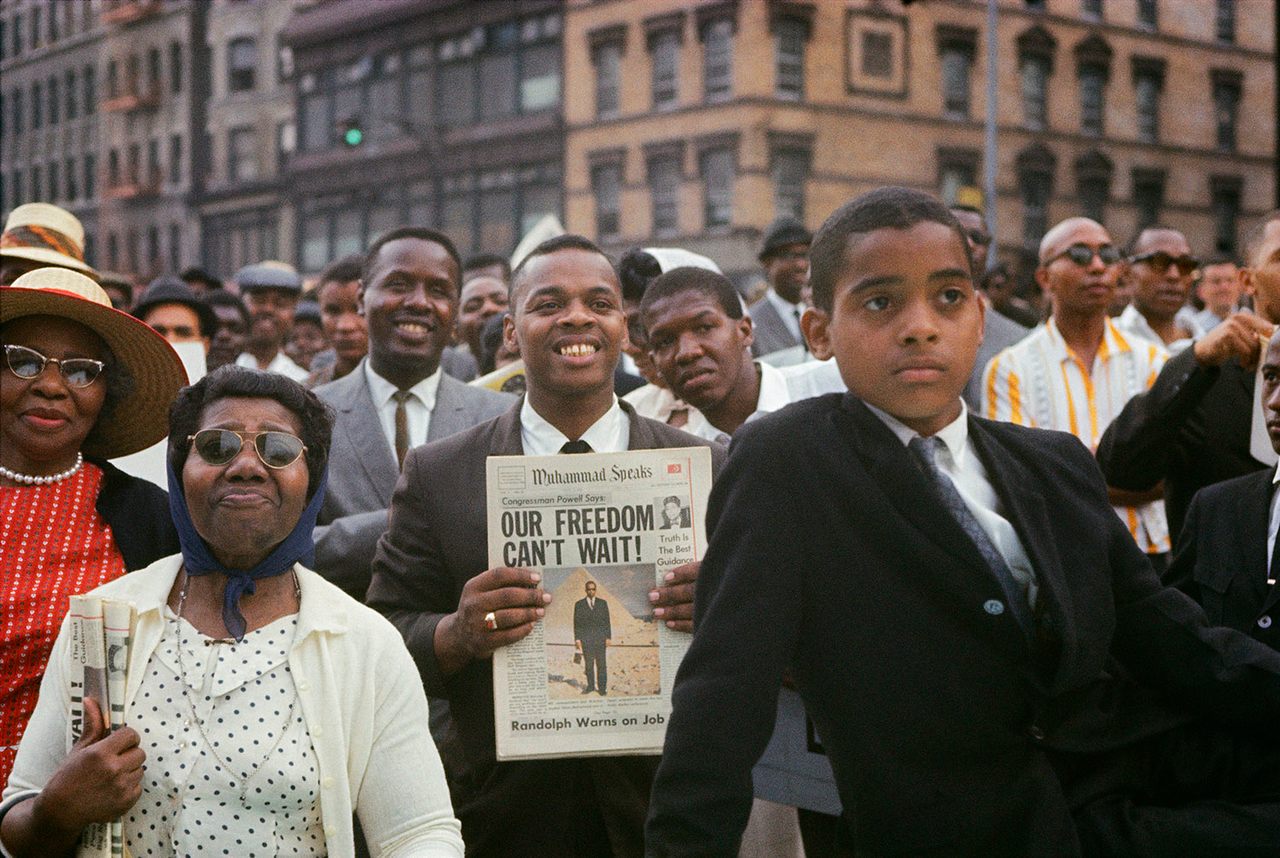 Gordon Parks captured this image of protest on the streets of Harlem in 1963. It is among 222 pictures by the famed Black photographer recently acquired by Yale University. Gordon Parks / Courtesy and copyright The Gordon Parks Foundation
In This Story
Place

Individually, the photographs Gordon Parks produced during his long and storied career are iconic: Ella Watson, Park’s own American Gothic, posed stoically in front an American flag with a broom and a mop; Muhammad Ali, up close, his head bowed in contemplation; an unnamed Black family in Shady Grove, Alabama, waiting for ice cream at the “colored” window. But taken together, says curator Melissa Barton, the impact is overwhelming. “It is so moving to be able to see all these photographs all at once,” she says. “It’s so powerful.”

Yale University Library’s Beinecke Library is now home to 222 of the best-known images by the photographer, who passed away in 2006 at the age of 93. Many were published through the 1940s, 50s, and 60s by Ebony and LIFE magazines: a visual catalogue of triumphs and hardships of Black life in the mid-20th century. The Gordon Parks Foundation approached the library, which already houses significant collections from Black photographers such as James VanDerZee and Roy DeCarava, as well as work from other LIFE photographers, about acquiring the images. At the university, they will be more accessible to students (beginning this spring) and researchers, as well as the local community (when COVID-19 restrictions at the university lift).

Parks’s vast body of work includes everything from photojournalism to fashion photography. The Yale collection, divided into 11 “study sets,” focuses primarily on issues of civil rights, racism, and poverty, but also includes some of Parks’s overseas work, such as a photo essay on a young boy living in a favela in Rio de Janeiro.

Atlas Obscura has compiled some of the memorable images from the acquisition:

The “Afro-American” is in her blood.
collections

The National Library of Ireland asked the public for help, and the public provided it.
libraries

Locks from everyone, from Ludwig van Beethoven to Ulysses S. Grant.
culture

A photographer captures perseverance and pride over a decade of the Bill Pickett Invitational Rodeo.
Video • AO Docs