The Resurrected Splendor of an Abandoned Parisian Cinema - Atlas Obscura
Want to see fewer ads? Become a Member.
In This Story
Place

Egyptian Revival movie palace abandoned for decades and restored in 2013. 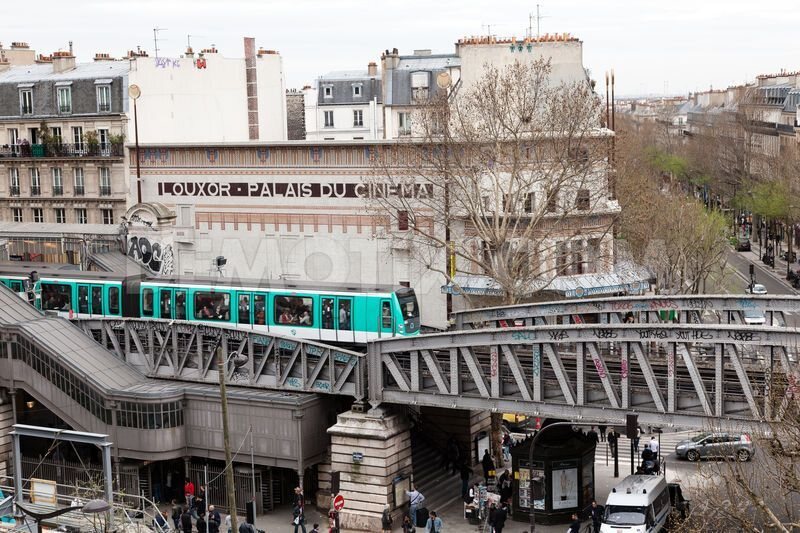 For the price of a ticket aboard the Paris metro, you have access to an aboveground rail ride with panoramic views of the city, its flat Haussmannian skylines, and ornamented façades passing quickly outside the train windows. Sometimes, you even get even get quick glimpses of city secrets.

When I lived in Paris, a few blocks from Père Lachaise Cemetery, I used to take the 2 line several times a week. Cosmopolitan, dirty, and a bit dangerous, the ride doesn’t offer gorgeous views, but remains in my mind a truly delightful experience. Belleville, the Canal Saint-Martin, shabby buildings, and the street art adorning them created a frantic visual journey that was different each time, showing an authentic Paris, far away from the tourist areas. But above all, when the train stopped at Barbès, I remember one peculiar building which never stopped being a source of intrigue. On leaving the station, the cadenced view from the windows was replaced by some anachronistic ruins, with a long frieze of tiled ornaments arranged on elongated architecture. Above them, a scarlet ribbon of words which striped the building horizontally read: Louxor Movie Palace. 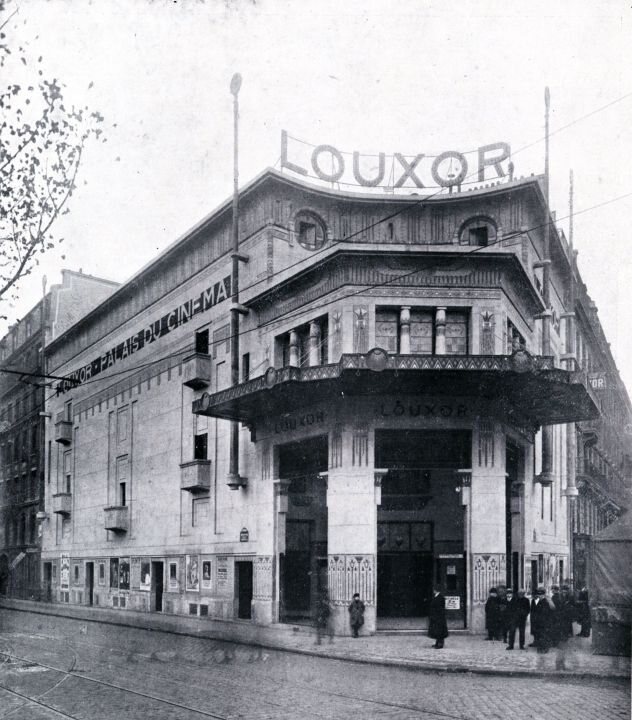 Built in 1920 by the mysterious architect Henri Zipcy, Le Louxor is one of the oldest pre-war cinema houses left in Paris and one of the most flamboyant Egyptian Revival landmarks of the City of Lights. At the turn of the 20th century, cinema’s stature was shifting from a  lowbrow form of entertainment that traveling operators showed in tents, to a more noble art form with its own technology, its own industry, and its own visual language. Between 1900 and 1915, motion pictures grew from sequences a few minutes long to features, an improvement that also created a problem: the audience needed to be comfortably seated. No more wooden benches, no more tent.

Following the example of music and theatre, architects gave the cinema a cathedral-like structure which celebrated the new media, elevating its status to the pantheon of “fine arts.” Elaborate movie palaces popped up around the world, competing with each other with an astonishing creativity. Some of them borrowed the atmospheric aesthetic of theaters, with Baroque decorations and heavenly ceilings, others used the contemporary architecture of the time. But in both cases these cinemas had the clear ambition to be modern “palaces,” places offering luxury for all social classes.

Le Louxor was one of them, standing at the intersection of La Chapelle and Magenta boulevards as a testimony to Parisian enthusiasm for architectural experimentation and modern interpretations of antiquity. 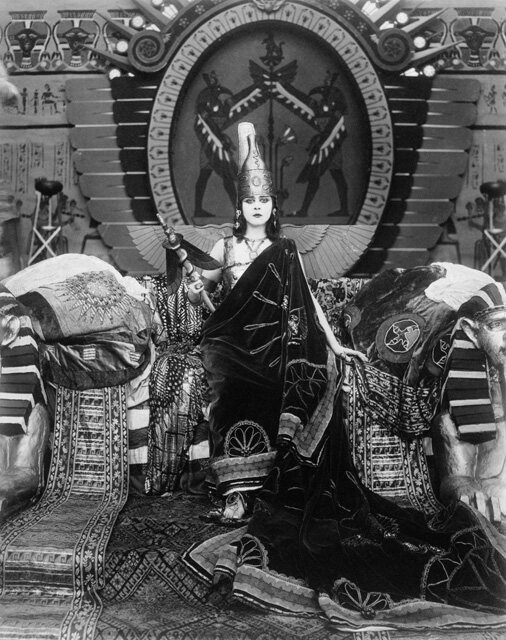 It’s often believed that Zipcy’s inspiration for the Egyptian-themed cinema was the discovery of Tutankhamun’s Tomb. In fact, the 1917 film Cleopatra, starring the hypnotic Theda Bara — the first “vamp” of cinema history — inspired a wave of Egyptian Revival architecture. With its solar discs, radiant beetles, and black-eyed goddesses, Le Louxor was the fruit of an Egyptomania craze experienced through the style of Art Deco, two years before the discovery of the tomb.

To some extent, Le Louxor catalyzed the growth of the Barbès neighbourhood and its social transformations. Remaining a popular attraction until 1950, the lapis blue and ochre cinema provided affordable entertainment in a gloomy Paris during the German Occupation.

In 1983, Le Louxor was sold, a radical shift which saw the cinema converted into an Antillean night club. A few years later, it morphed again to become the Megatown, another emblematic nightspot and a proud and festive stronghold for the emerging gay community. Unfortunately, Megatown closed its wonderful doors in the late 1980s and Le Louxor fell into total disrepair for almost two decades. In the early 2000s, a handful of locals in love with Barbès, a neighborhood usually despised for being a crossroads for drug-dealers, knockoff sportswear sellers, and pickpockets, tried to preserved the few decaying architectural curiosities of the neighborhood. After a long legal quarrel, renovation projects were started, a long venture which was completed just a few weeks ago. 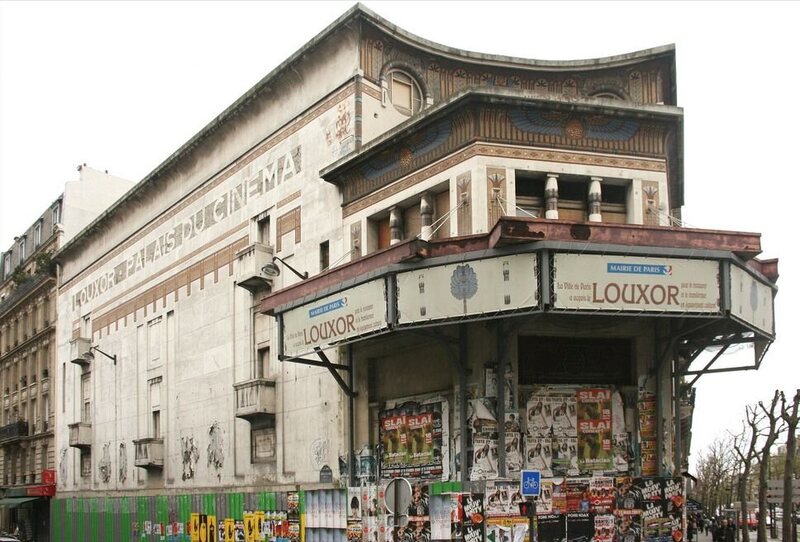 This month, Le Louxor reopened its lavish gates. It now screens art house films, advertised by a paper program only, like in its past. The new revival of Le Louxor is aiming to provide the immersive spectacle experience of another century, where the elegance of architecture merged with the technology of moving images to create a truly mysterious and vividly magical experience. 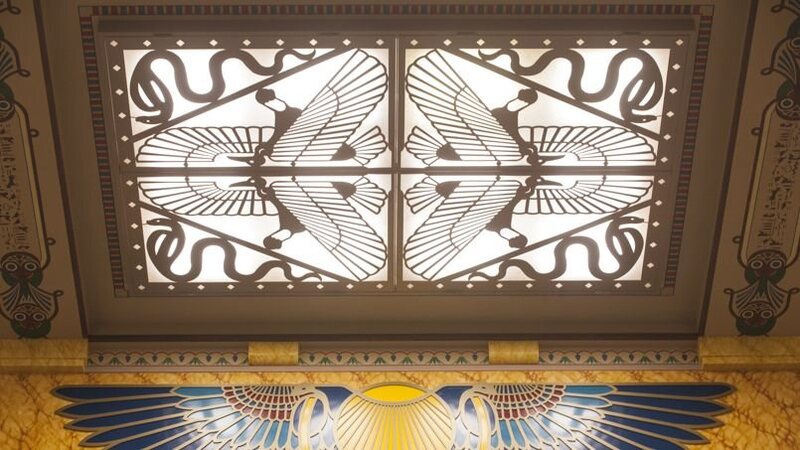 Details of the main screening room. (via Framboisemood) 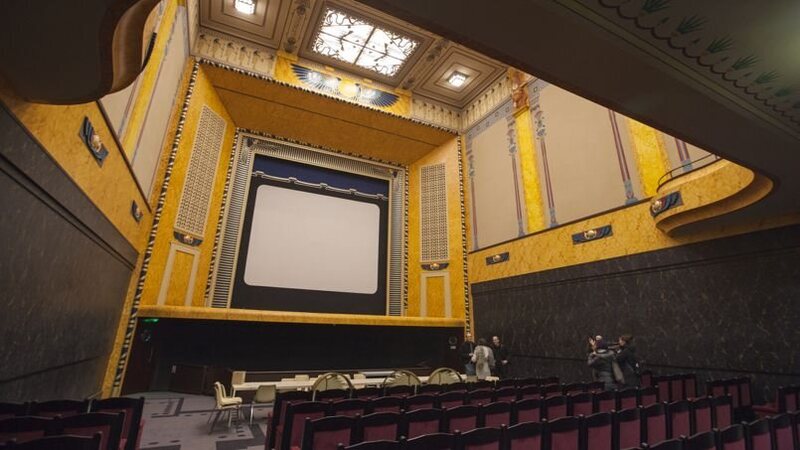 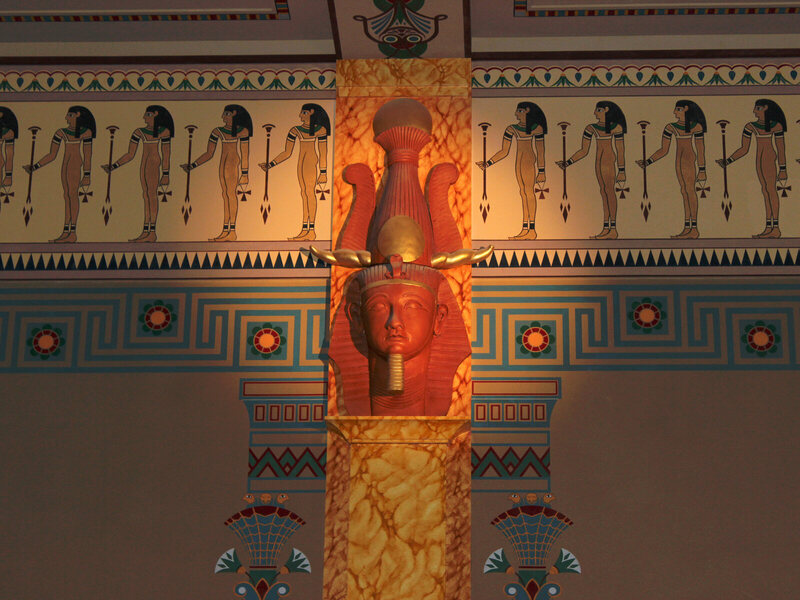 Dorothy wore the disputed blue-and-white frock when she faced down the Wicked Witch.
architecture

Meet the photographer who has scoured the country to document these vanishing communal sites.
film

Social Distancing Is Bringing Drive-In Theaters Back to Life

"I really think it’s gonna help the drive-ins. Will it last? Only time will tell."
movie palace

Send Us a Picture of Your Favorite Vintage Marquee

Movie theaters may have changed, but there's still something about those big, classic signs.
Video